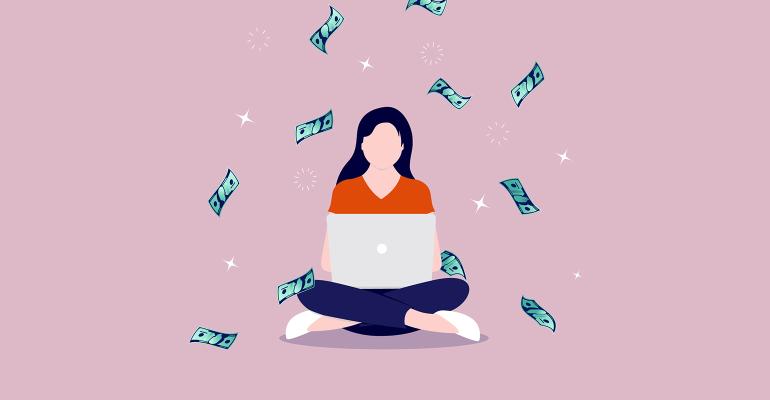 Next-Gen Is Ready to Give Generously

Will you still be advising them?

An estimated $84 trillion in wealth is expected to be transferred between the generations over the next two decades, and research shows three in four young adults (73%) plan to turn to a financial advisor “as one of their first orders of business” after inheriting.

While that sounds promising for many of you in the advisory world, a few things about this data should concern you.

First, the vast majority of young people don’t plan to start working with an advisor until after receiving their financial windfall. Instead, they should start working with an advisor well before they receive it so they’re optimally prepared for the responsibility that comes with that windfall. That’s where you should be stepping up proactively. Don’t wait for families to ask you.

Second, don’t assume your clients’ kids will automatically start working with you. Only two-thirds (65%) of young adult respondents to a recent FreeWill survey said they’re likely to use the same advisor as their parents use, and nearly one-third (31%) hadn’t even met with their family's advisor before.

Third, families are much more geographically dispersed than they used to be. Unless you’ve developed a relationship with your client’s children, there’s little chance they’re going to work with you from say, California, if you’re based in New York.

Seven out 10 respondents to the aforementioned FreeWill survey said they'd likely give to charity in their estate plan, with millennials even more charitable than Gen Xers (74% to 62%). In a press release, FreeWill co-CEO Jenny Xia Spradling said her firm’s data found that advisors who have close relationships with the future heirs of their clients should continue to thrive, particularly if they’re “knowledgeable about growing priorities such as estate planning and how to incorporate giving and purpose into the equation.”

Unfortunately, in my experience, most advisors don’t know much about planned giving and other forms of philanthropy. If they do, they tend to view it as competition for assets to manage instead of being part of a client’s holistic wealth advisory plan.

The press release also said that, “We hear a lot of fear from financial advisors that younger generations might move assets away from traditional advisors en masse as they inherit from their parents and grandparents,” asserted Spradling. “Our research shows that this may not be true, especially when advisors are proactive about preparing for the transition of wealth.”

But alas, many advisors aren’t proactive. From where I sit, either they need to get up to speed on giving strategies or they should align themselves with someone who’s already up to speed.

Recently, a client who engaged us for estate-planning assistance mentioned that their four children weren’t well equipped to handle money. The parents never had serious conversations with their children about how much wealth they might receive someday and how they should handle it. While both parents were actively involved on charitable boards, their children had never been told about the “why” that drove their parents’ motivation for giving.

After completing most of the fundamental structure of the planning, we suggested that the family meet to facilitate a conversation about their “why.” That initial meeting has led to regular quarterly family meetings in which the children are being gradually educated not only about the financial aspects of the family’s giving but also about its strong philanthropic values. Additionally, there’s now a strong relationship between the current advisory team and the next generation of the family.

Don’t be shy about reaching out to next-gen in the families you work with. You want to educate the teens and young adults in client families about what they could possibly inherit and how they’re going to inherit. This is one of the biggest disconnects in our entire economy: Parents don’t tell their kids what they’re giving, so the kids aren’t prepared for the responsibility that comes with receiving a windfall (or partial windfall).

Typically, the estate plan isn’t set up properly. Kids have a chance to lose the money to a divorce, lawsuit or simply squander it. Your clients have spent their whole lives working so hard to accumulate wealth, but their estate plan—if they have one—isn’t set up correctly, and the kids could lose the money in 25 minutes.

The family needs to understand the basic mechanics of wealth transfer and the responsibility that goes along with it. Don’t wait for them to come to you for help. You should be leading the charge for communication between the generations. You may need to step in and say: “Hey. We need to have a family meeting. I need to meet your kids.” Kids need to know what to do if something happens to you. They need to know who to call.

Obviously, these aren’t the kinds of conversations many families want to have when they get together for the holidays or when vacationing together at the family beach house or lake cottage. But again, you need to be proactive about facilitating this conversation. Make it part of your normal practice. We can Zoom now. Don’t let different time zones and busy schedules get in the way of helping the generations of the families you work with communicate better about transferring, protecting and growing their wealth.

And while next-gen has a reputation for being addicted to technology, you might also be encouraged to learn that 70% of young adults prefer to work with a human advisor rather than with an automated service, according to the aforementioned FreeWill survey. Findings are based on a late 2022 survey of 1,000 U.S. adults ages 25 to 57 whose parents or grandparents have a financial advisor and who expect to receive an inheritance. Two in five respondents (39%) expected to receive at least $250,000.

I realize philanthropy is uncharted territory for most advisors and for some it might feel uncomfortable. However, if you truly want to help the families you work with over many generations, it is worth the time and effort to pursue conversations about giving with your clients.