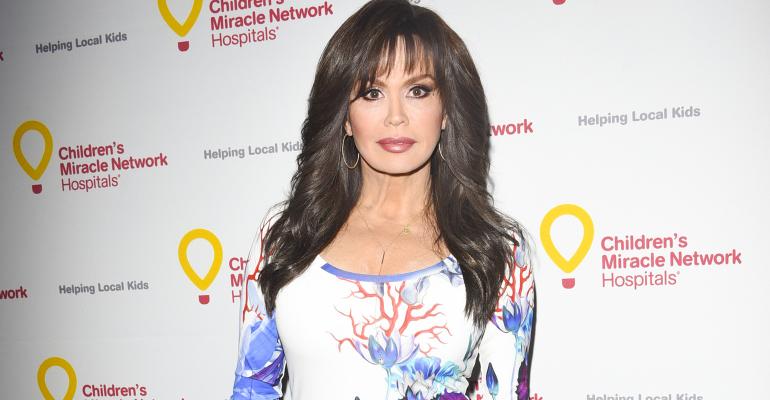 Go Away Little Girl (and Boy)

Hot on the heels of last week’s disclosure that Kirk Douglas has left his fortune to charity, Marie Osmond has revealed that she plans to do the same. The 60-year old singer, actress and “The Talk” co-host announced on the show that as of now, there will be no inheritance left to her children. Instead, Osmond and her husband intend to leave their fortune to charity. She didn’t specify the charity she wants as beneficiary; however, Osmond is the co-founder of Children's Miracle Network Hospitals, which raises funds for children's hospitals, medical research and raises community awareness of children's health issues. She’s also previously supported charities such as the American Heart Association and American Stroke Association.

Osmond, who has seven living children (her son Michael committed suicide in 2010), says she and her husband believe that “you do a great disservice to your children to just hand them a fortune because you take away the one most important gift you can give your children, and that's the ability to work.” She went on to mention how children born into wealthy families often tend to get into trouble because of a lack of purpose in life, not knowing what to do with themselves. She even cited a personal example, explaining “I had an uncle and an aunt, her family fought over a mirror and a table when they passed away.”

Though generosity of this sort is much appreciated and welcomed by the benefitting charities, not everyone agrees with Osmond’s approach. Osmond’s co-host, Sheryl Underwood, was quick to disagree with such a view, arguing that children born into wealth have a better appreciation and understanding of money, adding that she “would love to have some type of money left for me from somebody else so I can have a leg up.”

It’s becoming evident that leaving your fortune to charity is an emerging trend among the ultra-high-net-worth set. So, what, if any, downfalls are there to leaving everything to charity? Are the children often left blindsided by such decision? According to Karen Yates, a partner in the Trust, Estates and Charitable Planning team at the international wealth planning firm, Withers Bergman LLP in New Haven, Conn., “Typically, when a client leaves everything to charity in his or her will it is because the client feels he or she has already provided for the family's needs. Quite often there are trusts for the benefit of children and grandchildren, created during the client's lifetime which have grown to substantial size.” As Yates explains, clients that do this typically don’t make the decision when their kids are still young. “Parents who make the decision to leave the bulk of their wealth to charity have often shown their children the value of ‘giving back’ over many years and may have discussed their plans with children early on. It's rare that a child who has not been independent into his 50s is suddenly left without resources,” says Yates.

As far as estate planners are concerned, Yates opines that “In virtually all U.S. jurisdictions, there is no right to inherit from a parent. U.S. estate planners are generally quite happy to dispose of a client's property in whatever manner he or she deems appropriate – as long as the planner believes the client understands the situation.” She believes that clients who choose to give their estate to charity need to talk with their kids about why they're making their decision. “Often these clients are people who feel very blessed with what they have been able to achieve and accumulate through their lives, and they are driven to help others beyond their own family. They may feel their kids are better off with less wealth.” Yates adds that, in her experience, “it is relatively rare that a parent will disinherit a child because of the child's behavior or personal circumstances (for example, addiction issues, a marriage or other relationship of which the client disapproves, spendthrift tendencies, etc.).”