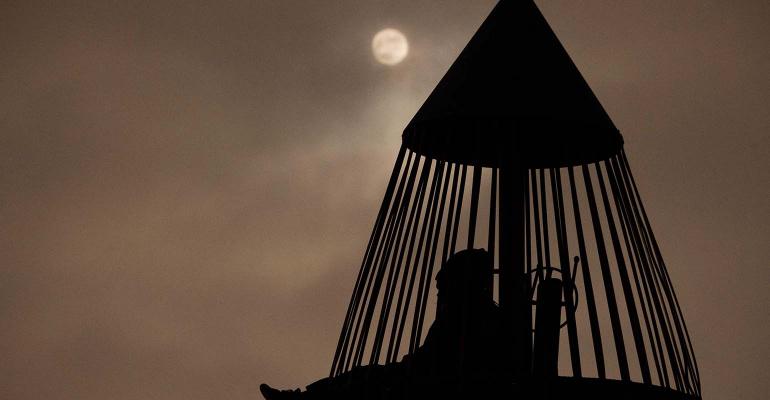 It’s Time for Some 'Moonshot' Philanthropy

Look for investments that many donors are unwilling to risk.

The challenges facing contemporary society are enormous. Think about helping to solve hunger, homelessness, climate change, disease (including pandemics), gun violence, income inequality, discrimination, threats to democracy, education, environmental degradation and so much more. Traditional philanthropic investments have been working for decades to make a dent in solving these problems. In some cases, much progress has been made. Sadly, in many others, it seems like we’re stuck right where we started … or worse.

If your client is fortunate enough to have money that’s dedicated to philanthropy—whether it sits in a foundation, donor-advised fund (DAF), trust or checkbook—it’s already literally or figuratively off your client’s balance sheet. In fact, if it’s been donated to a foundation or DAF, it’s gone, and nothing’s going to bring it back. It can’t be spent on a vacation, second home, education, new car or anything but philanthropy.

“Philanthropy should be taking much bigger risks than business,” said philanthropist Bill Gates. “If these are easy problems, business and government can come in and solve them.”

That’s where “moonshot” philanthropy comes in. Merriam-Webster says: “While 'moonshot' originally meant ‘long shot,’ it's increasingly being used to describe a monumental effort and a lofty goal—in other words, a ‘giant leap.’”

"The risk of any moonshot endeavor? Failure. Without the tangible possibility of failure, and without embracing the risk of testing unconventional out of the box ideas, we would never be able to shift the paradigm on the complex issues we each seek out to resolve."

This is the superpower of philanthropists—the ability to take on the reputational and financial risks that institutions such as governments and corporates cannot. Why? Because institutions are agents of the ultimate capital providers, respectively taxpayers and shareholders, often proscribing their ability or willingness to make high-risk bets. Whereas philanthropist capital owners have the freedom and ability to accept the consequences of setbacks and failure, learn from mistakes, improve on their theory of change, improve domain expertise and try again.”

Risk and return analyses are important considerations when making any investment decision. Usually, the greater the risk, the greater the potential for outsized returns. This concept applies to philanthropy as well.

Should all your client’s philanthropy be dedicated to moonshots? I think not. Traditional, tried-and-true philanthropy is important and can make a huge difference.  Rather, your clients must decide on their risk tolerance—their willingness to take big risks for the potential of outsized results—as well as their willingness to accept failure as an opportunity to learn and evolve. Then, allocate a percentage of their philanthropy to taking those risks. I recommend starting with a relatively small percentage –10% or 20%—and moving forward from there.

As an example, one of our clients is funding early-stage researchers seeking a cure for cancer, donating to fund medical research that precedes funding from more traditional sources, like the NIH. The chances of any one of those researchers making a breakthrough discovery are small … meaning that most of them will fail.  But, if just one of them succeeds, the impact of that discovery is inestimable. That’s “moonshot philanthropy.” The same concept applies to any issue a donor is hoping to address.

For a deeper dive into this topic, look at the report prepared by The Open Road Alliance, The Rockefeller Foundation and Arabella Advisors called “Risk Management for Philanthropy—a Toolkit,” described as “the first practical, comprehensive framework providing guidance to funders on how to implement best practices in risk management.” It’s a helpful resource.

There are many nonprofits across the country that have innovative ideas but lack the funding to implement them. Your clients should ask their nonprofit partners about their “moonshots.”

They should learn where they seek philanthropic investments that most donors are unwilling to risk. Then, they should be willing to spend some of their philanthropic capital to see if those “giant leaps” are possible. Moonshot philanthropy may be the only way to attain the better world we seek.

Bruce DeBoskey, J.D., is a philanthropic strategist working across the U.S. with The DeBoskey Group to help families, businesses, foundations, and family offices design and implement thoughtful philanthropic strategies and actionable plans. He is a frequent keynote speaker at conferences and workshops on philanthropy. Visit deboskeygroup.com