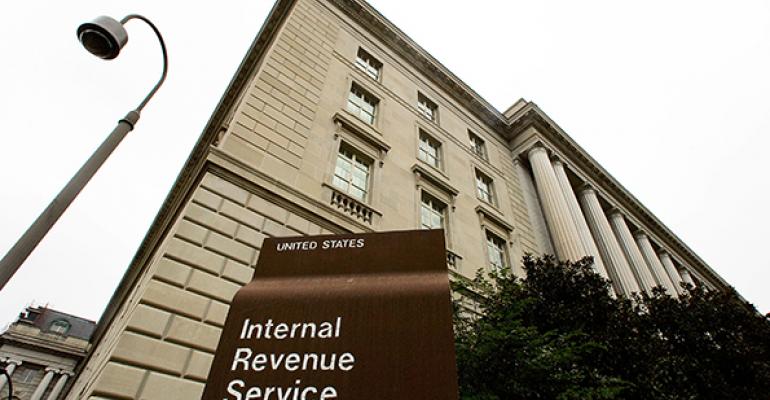 An end to a tax shelter scheme?

A little while later, something unusual happens.  Larry and the CRAT remainder beneficiary simultaneously sell their interests in the CRAT to THIRD PERSON (TP) for fair market value.  Because TP acquires all the interests in the CRAT, a merger occurs, and the CRAT terminates.  To keep things simple, let's assume TP pays Larry $90,000 and pays the charitable remainder beneficiary $10,000.

Larry has just hit a home run for tax purposes.  Why?  Because although his annuity interest in the CRAT generally had a zero basis for determining gain on sale of the interest, the fact that Larry and the remainder beneficiary simultaneously sold their interests in the CRAT allows Larry to claim a proportionate share (90 percent) of the CRAT's basis in the new investment for the CRAT interest he sells.1 Meaning that Larry receives $90,000 from TP in exchange for his annuity interest, which is assigned a $90,000 basis; and presto mundo, Larry walks off with $90,000 free and clear, no capital gain tax.  He's made perhaps a $10,000 - $15,000  “profit” relative to selling his stock.  Heck, Larry doesn't need an ounce of charitable motivation.  That's 2005.

Fast forward to August 2015 and the new IRS regs.  If Larry replicates his scheme today, things aren't going to work so well for him.  That's because the new regs require Larry to reduce the $90,000 basis for his annuity interest (but not below zero) by his proportionate share of: (1) the CRAT’s undistributed ordinary income, and (2) the CRAT’s undistributed net capital gain.  If, for example, on the date of the simultaneous sale the CRAT has $0 of undistributed ordinary income and $100,000 of undistributed gain, Larry’s basis in the annuity interest he sells will be $90,000— $90,000 (90 percent of the undistributed gain), or zero.  And poor Larry accordingly will realize a $90,000 gain on the sale of his annuity interest to TP for $90,000.  Larry better have some charitable motivation and a healthy appetite for paying taxes.2