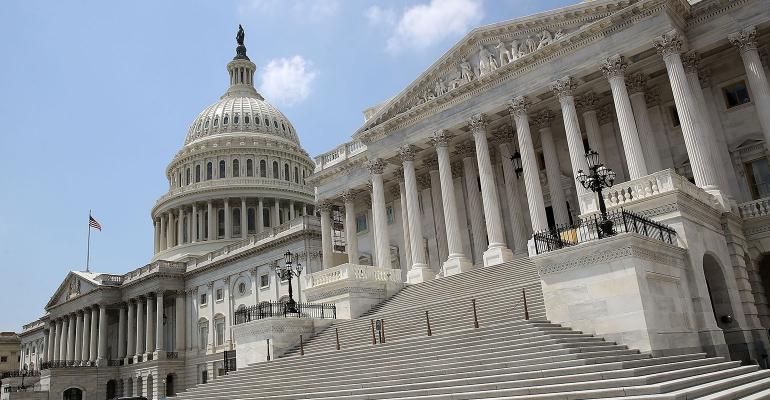 IRA Legacy Gifts Are Just Around the Corner

A new charitable giving opportunity to discuss with your clients.

In 2006, Congress first passed a temporary provision permitting the owner of an IRA who was 70 1/2 or older to make a tax-free gift to a charitable organization (a QCD) directly from their IRA. The gift was capped at $100,000. Congress made this provision permanent in 2015.

On June 22, 2022, the Senate Finance Committee unanimously passed the Enhancing American Retirement Now Act, which included the Legacy IRA Act. The Legacy IRA Act would expand QCDs permitting an IRA owner to make a tax-free transfer of up to $50,000 from their IRA to fund a CGA or charitable remainder trust (CRT).

This idea was included in the Setting Every Community Up for Retirement Enhancement Act 2.0, which passed the House on March 29. The Senate will vote on its retirement package when it returns from August recess. Because enhancing retirement benefits is a popular issue in an election year, there’s a strong likelihood Congress will pass legislation that includes the Legacy IRA Act.

A legacy IRA gift is a one-time gift limited to $50,000. Earlier versions of the bill included higher gift limits, but the funding amount was ultimately lowered to reduce revenue costs and increase likelihood of the bill's passage.

Some commentators wonder how many legacy IRA gifts will actually occur given that this is a once and done gift. An IRA legacy gift will have a different client appeal than a cash QCD, which permits the same person to make annual gifts up to $100,000 from their IRA. Wealth managers and philanthropic advisors will need to talk with their clients about the most opportune time to make this one-time gift based on an individual’s personal, financial and philanthropic goals.

The low funding limit raises an issue with respect to the types of gifts that will be funded. Most nonprofits and trustees of CRTs won’t accept gifts of less than $100,000. According to the 2021 Survey on Charitable Gift Annuities released by the American Council on Gift Annuities (ACGA), the average gift minimum for a CGA is $10,000. For this reason, initial legacy IRA gifts are more likely to fund CGAs. Many view passage of IRA legacy giving this year as a “foot in the door, which will create the opportunity for future legislative expansion in the types and sizes of permissible gifts.”

QCDs have become an important way for Americans to make gifts to support the nonprofits they love. Many individuals who give to charity using a QCD are middle class, often nonitemizers, who find using their IRA to pursue social good is a convenient way to support charitable causes. Because QCDs reduce an individual’s RMD, this approach to giving can also result in significant tax savings.

Critics argue that expanding QCDs to fund legacy gifts would benefit “the rich.” The evidence suggests otherwise. The typical gift annuity donor isn’t, in fact, rich but rather someone of modest or middle class means who supports the work of their favorite nonprofits by making small but consistent gifts each year.

Thousands of Americans are already working with financial and philanthropic advisors to create charitable gift annuities and charitable remainder trusts funded with non-IRA assets. With the proposed QCD expansion, individuals could select from almost any well-known charitable organization to create a CGA or CRT funded with their IRA (while this is currently a taxable transaction, the proposed legislation would make it nontaxable).

One reason charitably minded clients may gravitate toward a legacy IRA gift is that, next to their home, their IRA is their second-largest asset. In the third quarter of 2021, Fidelity Investments reported that the average balance for IRAs was $135,700.

An individual can set up a CGA at most nonprofits with an IRA minimum balance of $10,000 (some will do it for less).

QCDs enable average people to use their IRAs for a worthy cause. Expanding QCDs to include life income-giving options will only increase their popularity, promoting more social good all around. Get ready to talk with your clients about this new charitable giving opportunity. It’s just around the corner!