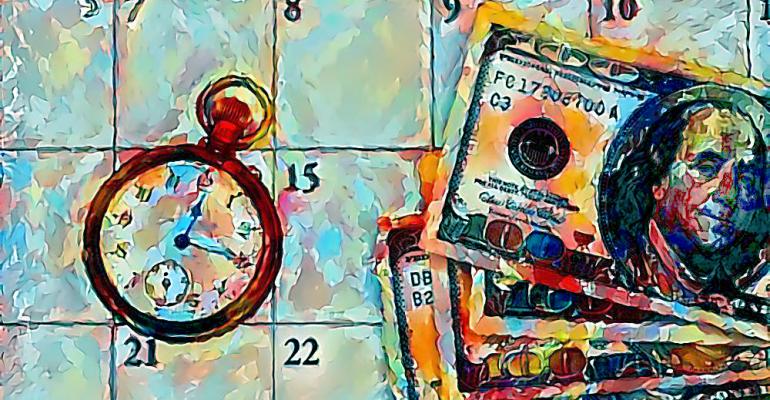 A couple's charitable deduction was derailed due to assignment of income and minor paperwork errors.

Keefer v. U.S., Civil Action No. 3:20-CV-0836-B, provides another cautionary tale to individual donors looking to take advantage of the ample tax benefits for contributing a closely held business interest to charity. In Keefer, the U.S. District Court, Northern District of Texas, Dallas Division, found that the Internal Revenue Service properly disallowed a $1.257 million charitable income tax deduction claimed by Kevin and Patricia Keefer on their joint income tax return. The court found that the contribution of the Keefers’ closely held business interest was an anticipatory assignment of income because the Keefers failed to transfer a complete equity interest in the business. The court also found that the Keefers failed to strictly adhere to the contemporaneous written acknowledgment (CWA) requirements that specifically apply to contributions to donor-advised funds (DAFs).

It’s a tale as old as time—donors have a closely held business interest that they would like to contribute to charity prior to a liquidation event, but charities don’t want to get stuck with illiquid assets; they typically want to accept closely held business interests as close to the liquidating event as possible, but donors don’t want to run afoul of any assignment of income issues. And so begins the donors’ dance of how to time the charitable contribution relative to the liquidating event without jeopardizing their income tax deduction. Here, ironically, the donors met the timing requirements but failed to donate a true vertical slice of the equity.

The Keefers held an interest in Burbank, a limited partnership that owned and operated a single hotel property. On April 23, 2015, Burbank and Apple Hospitality REIT exchanged a nonbinding letter of intent for Apple’s purchase of Burbank’s hotel. Burbank didn’t sign the letter of intent. Instead, Burbank continued negotiating for a sale and sought other offers.

On June 5, 2015, Pi Foundation sent the Keefers a packet of information with respect to the establishment of the Keefer Donor Advised Fund, which Kevin signed on June 8, 2015. The DAF packet described a 4% interest in Burbank as the anticipated irrevocable gift to the Keefer DAF. The DAF packet also explained Pi’s ownership and control over the gifted asset.

On June 18, 2015, the Keefers assigned a 4% limited partner interest in Burbank to Pi for the purpose of establishing the Keefer DAF. At the time, Burbank had tentatively agreed to the sale of the hotel to Apple for $54 million. However, a sales contract hadn’t been signed, and Apple hadn’t yet inspected the property. A contract, which contained a 30-day review period in which Apple could evaluate the property, was signed on June 2, 2015. The closing occurred on Aug. 11, 2015.

To substantiate the June 18, 2015 contribution, the Keefers obtained an appraisal of Burbank from a third-party valuation firm. As required, the appraisal included the appraiser’s certification and a description of the appraiser qualifications, however, it didn’t include the appraiser’s taxpayer identification number nor the appraisal firm’s taxpayer identification number. The appraisal indicated that its “purpose was to estimate the fair market value of a 4% limited partnership interest, subject to an oral agreement.” It went on to describe the oral agreement between Kevin and Pi and indicated that Pi would only share in the proceeds from the sale and that Pi wouldn’t receive the benefit of other assets in the partnership.

On Sept. 9, 2015, Kevin received a letter from Pi acknowledging the contribution which read in full:

The Keefers timely filed a joint income tax return (Form 1040) for the tax year ending Dec. 31, 2015 that claimed a charitable income tax deduction for value of the contribution of Burbank to Pi. Attached to the 1040 was a Form 8283 (Noncash Charitable Contribution), signed by the appraiser and listing the appraisal firm’s tax identification number, the appraised value of a 4% interest in Burbank (without the other partnership assets), the DAF packet and the Pi’s acknowledgment letter. The IRS disallowed the deduction because the Keefers didn’t have a CWA showing that Pi had exclusive legal control over the assets contributed and their appraisal didn’t include the identifying number of the appraiser.

The court found that while the Keefers’ claim for refund was timely filed, the charitable deduction was properly denied because: (1) the contribution of Burbank to Pi was an anticipatory assignment of income, and (2) the Keefers didn’t obtain a statutorily compliant CWA from Pi.

Anticipatory assignment of income. The anticipatory assignment of income doctrine provides, generally, that an individual who has earned income can’t escape paying tax on that income by assigning it to another taxpayer. The doctrine requires a donor to give the property away absolutely and to do so before the property gives rise to income by way of sale or other disposition.

Despite the IRS’ arguments to the contrary, the court held that Keefers gave away the interest in Burbank before it gave rise to income—meaning, the sale wasn’t a foregone conclusion at the time the Keefers transferred the interest to Pi. The court relied on the fact that at the time of contribution, the sales contract hadn’t yet been executed, and Apple had a 30-day review period during which it could walk away from the sale. Under these circumstances, the court held that the Keefers’ right to the income from the hotel sale hadn’t yet vested at the time they contributed Burbank to Pi.

However, the court found there was an anticipatory assignment of income because the Keefers failed to transfer the entire interest in the property. The appraisal referred to an oral agreement whereby money was owed to pre-existing partners for pre-donation earnings once the sale closed. The appraisal referenced cash reserves that were reserved at Kevin’s discretion in the event the sale didn’t occur and Burbank needed the funds to renovate the hotel as required by Burbank’s franchise agreement. On the sale of Burbank, the cash reserves would be distributed to pre-donation partners. The court found this oral agreement to essentially limit Pi’s rights in Burbank to a share of the sales proceeds. The court found that because Pi didn’t have a right to the cash reserves in a similar fashion as other partners, this oral agreement resulted in the Keefers contributing less than a full partnership interest -- they merely assigned income from the sale to Pi.

Statutory substantiation requirements. Internal Revenue Code Section 170(f)(8) provides that a charitable deduction isn’t allowed for any contribution of $250 or more unless the taxpayer substantiates the contribution with a CWA from the charity recipient. In addition, under Section 170(f)(18)(B), a contribution to a DAF requires that the CWA from the DAF’s sponsoring organization provide that such organization has exclusive legal control over the assets contributed.

Importantly, the court found that the disallowance of the deduction was justified on the failure to obtain a CWA so it didn’t address whether the appraisal complied with the qualified appraisal requirements of Section 170(f)(11)(E) for failure to include the appraiser’s and the appraisal firm’s tax identification numbers.

Seemingly innocent mistakes can lead to heavy tax losses on charitable deductions. This case provides helpful insight into transferring assets prior to sale. Here, the Keefers had the timing right but failed to actually give away a true vertical slice of the equity interest. This case also serves as a reminder just how important triple checking compliance with substantiation requirements can be.

While this case doesn’t address it, the IRS had argued that the appraisal failed to comply with the requirements because of the missing tax identification numbers, even though such numbers were provided on the Keefers’ Form 8283. Donors should review any appraisals obtained for substantiation purposes to confirm that all IRS requirements are met and shouldn’t assume that an appraiser has provided a qualified appraisal just because the appraisal states as much. It is a shame to lose out on a well-meaning and significant charitable income tax deduction for a minor mistake in the paperwork.