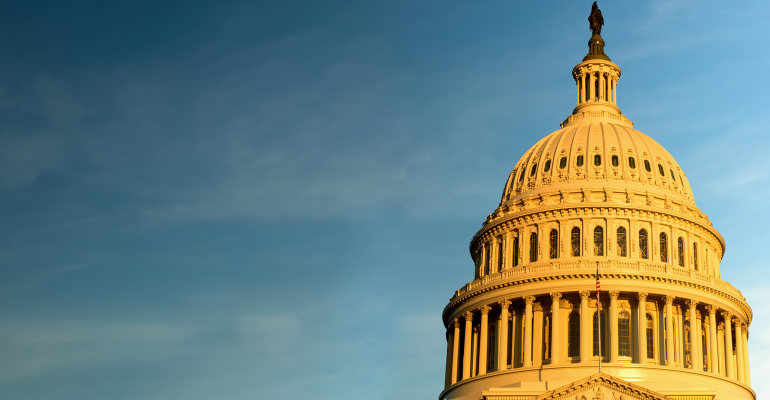 How the Legislative Long Game Could Affect Your Clients' Giving

In April 2022, the Biden administration released its budget proposal for the 2023 fiscal year, along with key revenue proposals. While few are likely to sail through Congress in short order, that doesn’t mean philanthropists should ignore their potential implications.

Boosting the Flow of Cash to Charities

Among the administration’s wish list of revenue raisers is a proposal involving private foundations (PFs)—freestanding entities that donors (often family members) use to make philanthropic grants. To preserve their tax-exempt status, PFs must distribute at least 5% of their asset value to qualifying charities each year. Some donors choose to create both a PF and a donor-advised fund (DAF), a giving account established at a public charity. Currently, DAFs aren’t required to distribute a certain amount of their assets to qualifying charities, although legislation has been introduced to change this.

Why might a donor establish both? There are several valid reasons. Combining them allows the PF to make anonymous grants from time to time by redirecting part of its 5% annual distribution to its “sister DAF” (PFs can’t conceal their identity, but DAFs can). Other times, PFs use a DAF to make ad hoc, non-mission related grants, such as COVID-19 relief or support for those hit by California’s wildfires. With no distribution requirement, DAFs have also become increasingly popular because they allow donors to give back on their own timetable.

Now, the Biden administration’s proposal aims to limit a PF’s reliance on DAFs - unless a DAF distributes grants received from a PF by the end of the following year and the PF keeps adequate records demonstrating that the DAF made the grants. Faced with potential enactment, many opponents are decrying the loss of flexibility that PFs count on in their grantmaking process. On the other hand, supporters counter that the move will help increase cash flow to operating charities in dire need of funding.

A bipartisan set of proposals was introduced in June 2021. If passed, the Accelerating Charitable Efforts Act (ACE Act), would significantly change the requirements imposed on DAFs and PFs. Some key highlights include:

The legislation also includes an incentive for PFs to increase their annual payout from the 5% minimum requirement to 7%. PFs making qualifying distributions of 7% or more of their assets would be exempt from the tax on investment income for that taxable year.

Will a Wealth Tax Impact Altruism?

The ACE Act isn’t the only proposed change floating around the halls of Congress. In the first comprehensive tax proposal since Build Back Better failed to advance late last year, the administration also hopes to strengthen the taxation of high-income taxpayers. These changes may affect how much donors are willing to give away, along with the price tag associated with such gifts.

The potential changes include:

At this stage, the ultimate impact on giving remains unclear. While higher taxes mean donors have less disposable income to give away, these changes could spur more charitable giving—especially for investors holding stocks with significant, embedded gains.

Giving a highly appreciated security to charity is already quite tax efficient. A donor may avoid capital gains tax by donating versus selling outright—and marketable securities are typically deducted at fair market value. Thus, the “cost” to give away an appreciated stock would only decrease should tax rates rise. The proposed amendments may encourage investors subject to potential tax increases to donate appreciated assets before the increase in value can be counted as taxable income. In addition, some investors may want to give away assets to remain below the $100 million threshold before the “wealth tax” kicks in.

New Ways to Gift from IRAs

The final legislative provision impacting the giving landscape has more momentum than the previous two. The Securing a Strong Retirement Act of 2022 (SECURE Act 2.0) recently passed in the House and is expected to receive Senate approval sometime in 2022. The bill, which encourages Americans to save for retirement, also includes provisions that affect charitable giving.

Notably, qualified charitable distributions (QCDs) allow individuals aged 70½ and older to transfer up to $100,000 tax-free each year from their traditional IRAs directly to a qualified charity. The QCDs can count as all or part of your client’s RMD, but they’re not added to your client’s adjusted gross income and therefore aren’t taxable. For those who may not be able to fully use their charitable income tax deductions (and who don’t itemize), making a QCD may prove an efficient way to give.

Historically, distributions to a DAF, charitable remainder trust (CRT), charitable gift annuity (CGA) or any other life-income or split-interest gift vehicle haven’t been treated as QCDs. Now, the SECURE Act 2.0 would allow taxpayers to make a one-time QCD of up to $50,000 from an IRA to a CRT) or CGA. In addition, the new provision would usher in inflation indexing after 2022—not only to the $50,000 split-interest contribution but to the current $100,000 QCD limit for direct gifts, too.

It will take a lot of work for Congress to enact President Biden’s agenda so it may be tempting for donors to dismiss these as legislative long shots. However, it’s helpful to know that these changes are on legislators’ minds. For the altruistic, potential changes on the horizon could be the catalyst to put a giving plan in place—or revisit an existing plan—to help ensure your giving goals stand the test of time.