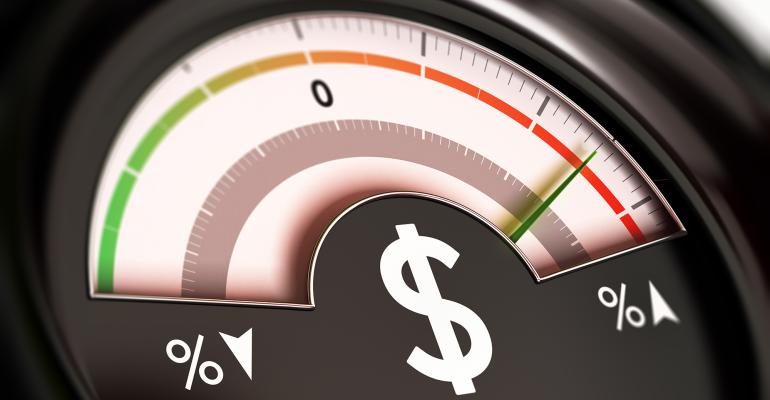 How Inflation Is Affecting Charitable Giving

The economic case for charitable giving relies on data. In the halls of Congress, lawmakers and their staff want to know how many dollars are going to charity and how to incentivize more, then how those incentives are working. In the field, donors want to know how they can make the greatest impact and what other donors are giving, and charities want to know how their fundraising fares in comparison to that of their peer organizations.

To have the most impact, donors regularly reference data to determine the best recipients, timing and magnitude for their gifts. In light of high inflation and continued recovery from the pandemic, impactful and informed giving is increasingly important to help charities that have seen demand increase while the dollars they receive don’t go as far.

Inflation is blunting the impact of charitable giving. Giving USA: The Annual Report on Philanthropy is the most widely referenced comprehensive resource for charitable giving data. Last month, Giving USA released its 2022 giving report, which chronicles giving trends for 2021. By looking back at 65 years of charitable giving trends, it gives donors, charities and their advocates a peek into what may be coming next. The giving data is clear: 2020 was a year of record giving and generosity as Americans jumped into action following the onset of the pandemic and calls for racial justice. In 2021, the report shows Americans kept up that pace in current dollar donations, but giving didn’t grow as fast as inflation.

The good news is that donors are resilient, and the impulse to be generous isn’t particularly lessened by inflation. However, the amount or type of gift may be affected, and that appears to be the case when we look at giving numbers in 2021. Yes, Americans continued to give, but when adjusting for inflation, those record donations declined 0.7%, so they aren’t having the same impact as the previous year’s lower total.

Although charitable giving doesn’t respond negatively to inflation, the value of a dollar given to charity is inherently diminished during times of inflation. Consider a donor who gave $10,000 to their charity of choice in 2021. To have the same impact in 2022, that donor would have to give about $10,700. In reality, however, donors are more likely to make that $10,000 gift again, which can blunt the impact they’re able to make on beneficiaries.

With inflation higher than it’s been in three decades, the buying power of a charitable gift could fall further behind than the Giving USA report shows in 2021. And while we know donors remain generous even in uncertain economic times, when the impact of a dollar given to charity is lessened by economic forces like inflation, it’s important to make sure donors focus their giving to achieve maximum impact.

So that leaves the question, how do donors focus their giving to maximize their impact when a dollar given just isn’t going as far?

Once a donor has a general sense of the causes that matter to them, follow-up research — like a review of charities’ annual reports or their reports on Guidestar or Charity Navigator — can illuminate effectiveness. A conversation with one of the nonprofits’ executives or board members can provide even greater context.

Additionally, comprehensive data sets can serve as a resource to inform donors. According to a recent poll conducted by YouGov, half of Americans who donate say the most important factor when choosing a charity is knowing the funds will be used to do the most good possible. This is a subtle, but important, shift from an outdated reliance on “overhead,” which is a poor measure of impact.

Sophisticated donors realize that they can make a bigger difference when they focus on a few causes that matter to them, rather than spreading their money broadly. Whether basic needs, access to health care or education, or sharing the power of art, these donors engage deeply. And they also realize that benefit from predictability, so these donors tend to stick with the charities that deliver.

Once donors have determined their interests, there are corresponding chapters in the Giving USA report that include data as well as summaries and insights from other studies. There are also insights for how donors give: Giving USA has a new chapter focused on donor-advised funds (DAFs), the fastest-growing charitable giving vehicle. The chapter sheds light on trends around the growing vehicle and how donors are using DAFs to expand their charitable giving.

In an uncertain economic climate accompanied by high inflation, nonprofit organizations see demand increase while the value of the donations they receive tends to decrease. And data points to an extension of that trend until the economy rebounds. Now, possibly more than ever, it’s critical for donors to bear in mind the economic forces at play and make decisions informed by reliable research and data to have the most impact possible as demand for nonprofit services continues to increase.

Laura MacDonald, CFRE, is immediate past chair of the Giving USA Foundation and principal and founder of Benefactor Group, a fundraising consultancy.

Giving USA, the longest-running and most comprehensive report of its kind, is published by Giving USA Foundation and is researched and written by the Indiana University Lilly Family School of Philanthropy.