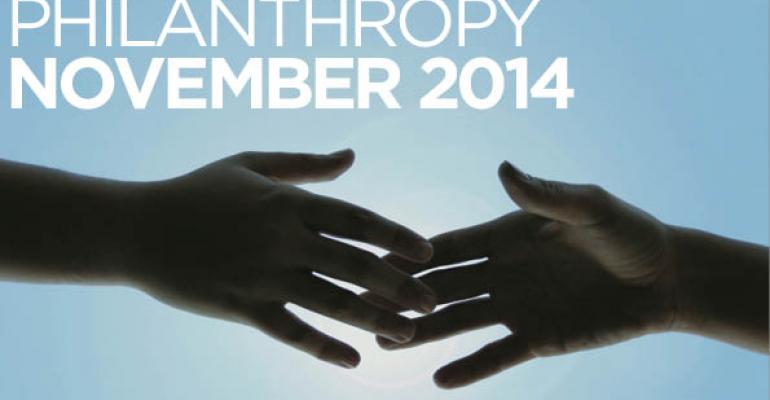 The Globalization of Giving

Having spent most of the summer traveling, both domestically and internationally, I can personally testify that philanthropy is more global than ever before.

Cross-border philanthropy used to be the sole province of the largest U.S. foundations. Everything from tax laws to cultural barriers to currency controls inhibited the flow of philanthropic capital out of the United States. Today, of course, those older foundations with their roots in the early 20th century continue their cross-border work. But, they’ve been joined by three additional groups of philanthropists.

The first are the newer foundations, whose names are familiar to most Americans. Growing from wealth created in the late 20th and early 21st centuries, they have the scale to tackle and solve global-level problems in health, sanitation and development.

The second are a smaller group of foundations. Some of them were founded and funded by first generation Americans who seek to address specific problems in their countries of origin. Perhaps their village needs a school or a clinic, or they want to grant scholarships at their alma mater. Or, perhaps they’re funding repairs to a house of worship or sponsoring an archeological dig. The paperwork for cross-border grantmaking by private foundations (PFs) can be daunting,1 but these funds are quietly improving the lives of people globally and preserving the world’s cultural history.

The third are individual donors. They may not have the financial resources or the tolerance for paperwork associated with even a modest PF, but with 21st century philanthropic tools at their disposal, even a modest donor can support international charitable projects. Global charities, such as the Red Cross, have always solicited and received support from U.S. donors for their international projects. What’s different now is the availability of cross-border donor advised funds2 alongside an older tool, “Friends of” organizations.3 Using these structures, a U.S. donor can conveniently support charitable projects around the world and deduct those expenditures. This ability hasn’t gone unnoticed by potential grantees: On a visit to a remote historical site this summer, I received literature including the particulars of the “American Friends of [site]” for my convenience, in case I should wish to support further archeology. And, should I fancy helping a Laird waterproof his 12th century castle, there’s a fund for that, too. Global giving, indeed.

Whatever the level of funding and whatever the mechanism, the globalization trend is likely to increase, fueled by donors’ desires to assist wherever needed and facilitated by the newer tools for cross-border giving.