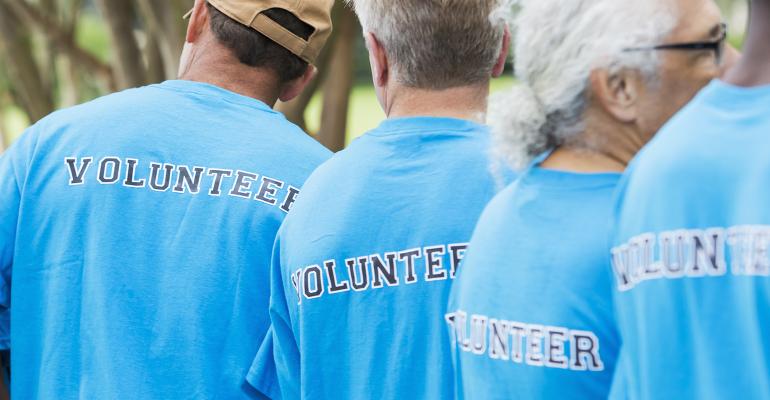 Giving in the Last Third of Life

Here's a look at the benefits of philanthropy for clients over age 65.

Today, the U.S. population includes nearly 50 million adults over the age of 65. Members of this demographic control substantially greater assets and net worth than any younger generation.

Older Americans make up the most generous generational group in the country. Those born before 1964 account for nearly 70% of all charitable giving.

Many older Americans are able to shift their focus from income creation to asset preservation, retirement and a more relaxing lifestyle. They often increase their giving and volunteering—with enormous benefits for society and themselves as well.

Today’s retirees are almost six times more likely to define success by their generosity (85%) than by their wealth (15%). Retirees who give are more likely than their less generous counterparts to report high levels of happiness and a sense of purpose.

Millions of adults volunteer their time to help other people or a specific cause. They report:

Moreover, volunteering frequently to help others is associated with delayed mortality among older adults, according to a Stanford University study.

“When the happiness, security and well-being of others become real to us, we come into our own,” said Dr. Stephen Post, a professor of preventive medicine and bioethics at Stony Brook University School of Medicine.  “Creativity, meaning, resilience, health and even longevity can be enhanced as a surprising byproduct of contributing to the lives of others. This is perennial wisdom, and science now says it is so.”

Older clients who are considering philanthropy should ask themselves a series of important questions, including:

When acting on a desire to be generous, older clients can be susceptible to fraud. They should ignore both telephone and front door solicitations and reject random email and internet donation requests. Before volunteering, they should examine a nonprofit’s need, safety and training to ensure an experience that benefits both the volunteer and the organization.

Despite the relative affluence of older Americans, there are millions more who struggle to make ends meet and for whom traditional charity isn’t an option. Based on the official poverty threshold of $11,756 for individuals ages 65 and older in 2017, the number of older adults in poverty was 4.7 million (9.2%). This number rises to 7.2 million (14.1%) based on the alternative (and more accurate) Supplemental Poverty Measure (SPM) threshold.

Under both measures, the poverty rate among individuals ages 65 and older is higher for women, black and Hispanic adults, and individuals in relatively poor health. A staggering 42% of older Americans (21.4 million) live with less than 200% of the SPM threshold.

For those in a more comfortable financial position, however, charitable activities in the last third of life can have tremendous meaning and value. “One thing I know,” said Albert Schweitzer, “the only ones among you who will be really happy are those who will have sought and found how to serve.”