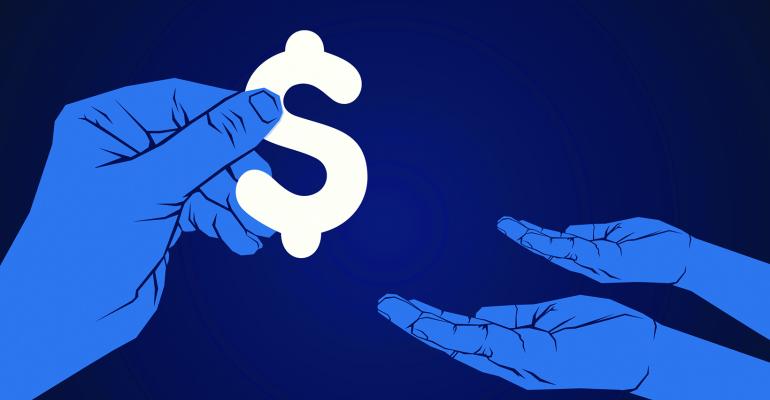 Discuss these issues with your clients

Many of your clients desire to be philanthropic. However, just handing over money may not be the best way for them to give. There are a myriad of issues that you should discuss with your clients before they make a substantial donation to a charity.

When a donor simply donates to a charity, the charity has control of the funds and discretion on how to use them. However, some donors may prefer to direct the use of the donation for specific purposes. For example, a donation to a university could be directed to the athletic department or to endow a chair in an academic department.

If your client prefers more control regarding the use of their donation, not only for the purpose, but also for the actual distribution/use of the donation, s/he should consider the use of a grant agreement. Formalizing the donor’s intentions and wishes in a grant agreement is the best way to guarantee certainty in the use of the funds. A grant agreement allows the donor to articulate specific requirements associated with the donation, as well as the ability to name other individuals who can enforce the agreement after the donor’s death. For instance, when creating a scholarship program, the donor can stipulate the amount of each scholarship, qualifications of recipients, the committee who will select the recipients and the name of the scholarship.

Additionally, a grant agreement that provides for a series of donations over a period of time provides the donor more leverage to insure that the charity complies with the terms of the grant agreement. The ability to withdraw and/or cease donation payments is a very strong arrow in the donor’s quiver.

Your client should be mindful of requests he or she attaches to donations. Otherwise, such requests can lead to the rejection of a gift by the charity. For example, when donating a piece of art to a charity, requiring a certain amount of insurance or using specific services to store the art may be too costly in the eyes of the charity. The net result is neither the charity nor your client benefit.

Additionally, placing restrictions and conditions on donations that may seem prudent today may not be in the future. For example, creating an endowment fund for a charity that only permits the use of income may seem reasonable to insure a continued source of funds for the charity. However, if the charity’s overall operating costs and debts exceed its revenue, the charity might not be able to sustain itself in spite of the endowment. This shortfall may not be a result of mismanagement of the charity, but rather of an unforeseen circumstance, such as a downturn in the market or a major capital expenditure due to a natural disaster. The inability to use the principal of the endowment to continue the operations of the charity may result in the charity ultimately dissolving.

Albert C. Barnes’ and Georgia O’Keeffe’s gifts of artwork to the Barnes Foundation and Fisk University, respectively, are perfect examples of restrictions gone awry. In both cases, the donor placed a prohibition on the sale or loaning of the gifted artwork. Additionally, in Barnes’ case, all works of art were required to be displayed in Mr. Barnes’ mansion in Lower Merion, Pennsylvania and limited the number of days and visitors allowed to view the art each week. These restrictions increased the financial distress of the foundation and the university, so that both ultimately had to engage in lengthy and costly litigation to free themselves of the limitations in an attempt to gain financial stability.

Often associated with major donations is the benefit of naming rights. However, it isn’t just for the ultra-wealthy that buildings and stadiums are named. A donor may be able to obtain the naming rights of a classroom or hall for a moderate donation. Naming rights can be used to honor loved ones or promote one’s own legacy. Additionally, when discussing naming rights, the length and term of those rights should be carefully considered. Issues such as whether the name should continue if the room or building is renovated or razed and how the name will be displayed are important topics that should be detailed in a grant agreement.

You should also make sure your clients are aware of the political and social views/affiliations of the charities to which they’re donating because your clients themselves will be associated with the charity’s underlying causes. In some instances, clients may prefer that their political and social views be kept private. This desire for privacy could be because of their religious affiliations or fears of ostracizing their customer base, which would negatively impact their business.

A grant agreement can be used to prohibit the charities from publicly recognizing the donor. However, if your client prefers complete anonymity even from the charity itself, you can advise them to establish a donor advised fund (DAF) to make the donation. A DAF is a fund maintained by a sponsoring organization (for example, a charitable organization) that has legal control over all of the assets in the fund. Separate accounts are maintained within the DAF for each donor who has advisory privileges over the distribution and investments of their separate DAF account. The client would contribute to the DAF, and then the DAF would contribute to the charity. The DAF would designate its general account as the source of the contributed funds rather than the client’s specific DAF account. This results in only the institution administering the DAF being recognized for the donation and not the underlying donor of the DAF.

Andrew S. Katzenberg is an associate at Kleinberg, Kaplan, Wolff & Cohen, P.C. in the Trusts and Estates group, where his practice focuses on wealth preservation, estate and trust administration, nonprofit and tax-exempt organizations and charitable giving.