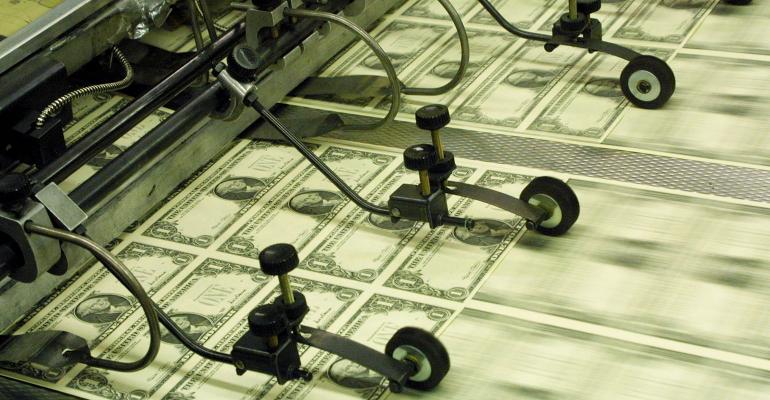 Foundations See Best Returns Since 2013, Yet Lag Over Long Term

Private foundations, which are funded by an individual, family or corporation, reported an average 15 percent gain in 2017.

(Bloomberg) --Private and community foundations in 2017 posted their best investment returns in four years, yet the performance fell short of what these nonprofits need to operate for the long term, according to a new study.

Private foundations, which are funded by an individual, family or corporation, reported an average 15 percent gain in the year through Dec. 31, according to the study published Thursday by the Commonfund Institute and the Council on Foundations. Community foundations, which are grantmaking public charities, returned an average 15.1 percent in the period. The returns were more than double the results in 2016 and the highest since 2013.

The performance boosted private foundations’ 10-year average return to 5.5 percent while community foundations returned 5.3 percent on average in that period. 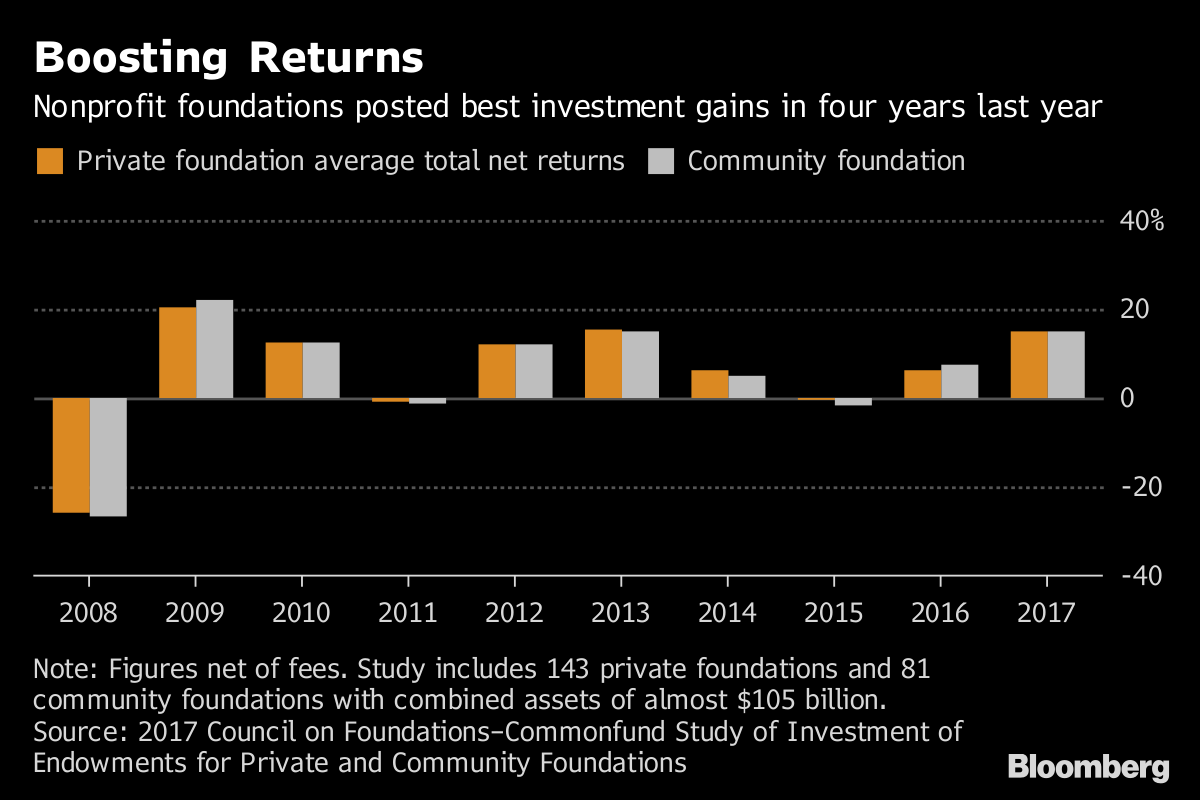 “This is not sufficient to maintain the purchasing power of the portfolios,” Deborah Spalding, deputy chief investment officer and managing director of Commonfund, said on a conference call. “A foundation that’s spending 5 percent needs to earn that 5 percent plus inflation plus costs.”

Private foundations with more than $500 million in assets have an average long-term investment return objective of 7.4 percent, according to the study. Community foundations of the same size expect an average 7.2 percent gain.

Strong performance from global equities and alternative assets boosted returns in 2017, according to the study.