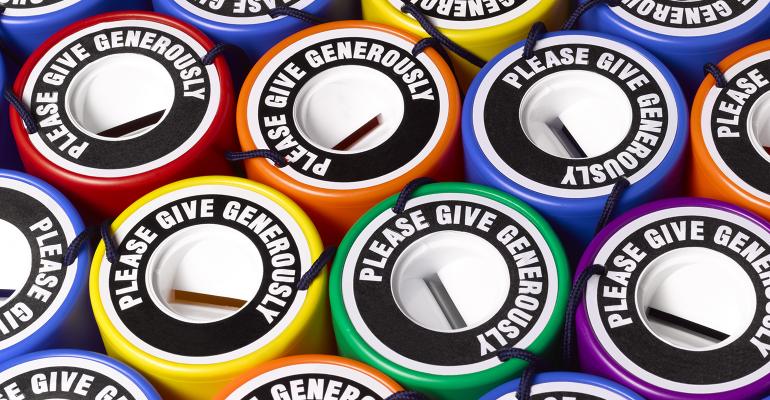 Five Predictions on Charity and Giving for 2021

Looking forward to some potentially positive developments in the coming year.

Most of us are happy to leave 2020 behind. Amid the many disheartening challenges we endured, there were also some positive developments in the philanthropy field that will impact giving in 2021 and beyond. Here’s some of what I’ll be looking for in this New Year:

From Charity to Justice

The racial justice movement in 2020 that expanded awareness of racism and injustice across the United States and globally, combined with the economic disparity that burgeoned in the year of the pandemic, has caused many donors – large and small – to reexamine the focus of their giving.  Expect to see more donors looking upstream to examine and fund solutions to the causes of the problems they wish to solve rather than just the symptoms. Many of those solutions require thoughtful consideration of the role that race and racism play in societal problems, including hunger, homelessness, education and job opportunities, health care disparities, climate change impacts and  gender equity. For example, in addition to providing food for people at food pantries, donors will be asking, “How can we prevent more people from becoming food insecure in the first place?”

In the past few years, many books have been written about what’s wrong with a system of philanthropy that bestows enormous power, privilege and tax breaks to wealthy people while allowing generational philanthropic capital to pass for decades with limited oversight or accountability. Among the best of those books is Winners Take All: The Elite Charade of Changing the World by Anand Giridharadas (Knopf, 2018). In 2021, we can expect increased calls for action to more closely examine the “deal” of charitable tax deductions and charity; the limited or nonexistent payout requirements for the $1.2 trillion sitting in U.S. foundations and donor-advised funds (DAF); the charitable tax status of religious institutions, especially televangelists; the property tax exemption for all non-profit organizations; the ease of establishing non-profit status without clear definitions of what organizations deserve nonprofit status; the lack of adequate federal or state oversight of the nonprofit sector; and the loss of federal, state and local tax revenues from charitable contributions and property tax exemptions.

Women now own more than half of the investable assets in the United States, controlling decision making for $11 trillion, and are expected to inherit 70% of the $41 trillion in intergenerational wealth transfer over the next 35 years.

Not only are U.S. women philanthropists growing in numbers and influence, the way in which women engage as philanthropists appears to be shifting as well. In the last four months of 2020, MacKenzie Scott donated $4 billion to 384 organizations in all 50 states, Washington, D.C. and Puerto Rico. In a departure from most large donors, Ms. Scott’s gifts were all unrestricted and focused on nonprofits “operating in communities facing high projected food insecurity, high measures of racial inequity, high local poverty rates and low access to philanthropic capital.”

“During a pandemic when U.S. billionaire wealth has increased $1 trillion since March, other billionaires should draw inspiration from [Scott’s] approach to move funds to urgent needs, to historically marginalized groups, to share decision-making with non-wealthy people and to avoid warehousing funds in private legacy foundations,” observes Chuck Collins, director of the Program on Inequality and the Common Good at the Institute for Policy Studies.

This month, the United States is expected to rejoin the Paris Agreement and reassert its leadership in the global effort to combat climate change. The role of philanthropy will be critical to its success. Expect the non-profit sector to increase its work on local, national and global initiatives and donors to respond according to their capacity and geographic focus. Although major foundations have already committed billions, much more will be needed. The significance of this existential threat to life as we know it will require philanthropy to join with business and government in an all-hands-on-deck effort to address the crisis.

Sustainable investing considers environmental, social and governance (ESG) factors in portfolio selection and management. In the United States, over $17 trillion in assets are invested with an ESG lens, and the number is growing every year.

Among philanthropists, more donors can be expected to ask, “What impact does our money have even before we make the decision to donate it?” For example, where is the money sitting in a  DAF or family foundation being invested? They can then choose to invest their philanthropic capital for the double bottom-line of both financial return and social impact. In 2021, expect that more donors will fuel their philanthropic missions from the engines of their philanthropic assets, not just the fumes.

Bruce DeBoskey, J.D., is a philanthropic strategist working across the United States with The DeBoskey Group to help families, businesses, foundations and family offices design and implement thoughtful philanthropic strategies and actionable plans. He is a frequent keynote speaker at conferences and workshops on philanthropy. Visit deboskeygroup.com, or on twitter @BDeBo.