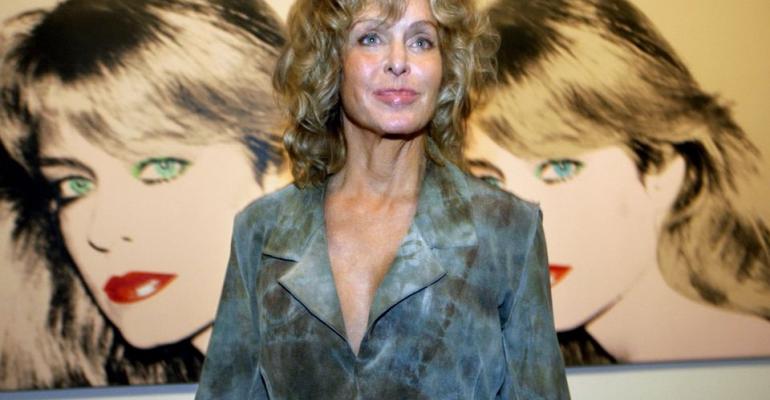 Fight Erupts Over Portrait of an Angel

Our story this month has nothing short of an all-star cast, Farrah Fawcett, Ryan O’Neal, Andy Warhol and the kind of drama Hollywood writers are typically paid to make up.  Only this time the cameras weren’t rolling, and the stars were playing themselves.

After a three-week trial, a Los Angeles jury decided that Ryan O’Neal is the rightful owner of a portrait of his late lover, Farrah Fawcett, painted by Andy Warhol in 1980 and worth millions of dollars in 2014.  The decision marks the end of years of litigation between the University of Texas and Ryan over the painting.

Farrah died of cancer in June 2009.  She bequeathed her entire art collection at her death to the University of Texas, where she had studied before heading off to Hollywood to make it big as a model and actress, perhaps most often remembered as one of Charlie’s Angels.

After Farrah died, the University received one of the Warhol paintings and put it on display on campus in Austin at the Blanton Museum of Art.  It was elated, however, when it discovered that Warhol had actually painted two of the portraits at the same time and that Farrah had kept both of them in her home.  The only problem for the University was that it couldn’t find the second portrait anywhere.  The University hired private detectives to track down the painting.  But as it turns out, anyone with a cable subscription could have tuned into Ryan’s then-airing reality TV show “Ryan and Tatum: The O’Neals” on any given Sunday and seen the portrait prominently displayed above his bed in his Malibu beach house.

Ryan confirmed that Andy Warhol, a longtime friend, made two of the paintings—one for Ryan, and one for Farrah.  It was undisputed that one of the paintings hung in Ryan’s home for years.  But accounts diverge as far as what happened after Farrah walked in on him with another, much younger, woman one evening in 1997. She left him that night.

At some point about a year thereafter, the portrait was moved to Farrah’s home.  But further complicating the issue was the fact that Ryan and Farrah—although romantically involved on and off for three decades and had a child together—were never married.  In fact, the two lived in separate homes during many periods throughout the course of their relationship.  Because there was no marital property and Farrah ultimately left all of her artwork to the University, ownership of the painting was the central issue in the case.

There was a veritable slew of he-said she-said in the testimony over what happened after 1997 with respect to the relationship, generally, and to who took ownership of the Warhol specifically. Attorneys for the University argued that the relationship was never the same after the incident, that Farrah had control and ownership of the painting for 11 years leading up to her death, that she insured the painting on her own dime and even that she represented she owned the painting when she loaned it at one point to the Warhol Museum.

Several of Farrah’s friends reported, though, that she told them that one of the Warhol’s belonged to Ryan.  However, one friend claimed that Ryan stole the painting from Farrah’s home just after she died.  That same friend was later cast in his own spin-off lawsuit: a defamation of character claim produced and directed by Ryan.

Meanwhile, Farrah’s college sweetheart and former Longhorn quarterback Greg Lott also showed up to try out for the part of leading man.  Lott swore that he and Farrah had rekindled their old flame and gotten back together for the last decade of her life.

But unfortunately for Greg, Ryan was auditioning for that same role.  Ryan testified that after he was diagnosed with cancer in 2001, Farrah forgave him for the 1997 affair, and the two reconciled.  The couple’s friends reported he was glued to her side when she died in 2009.  He took the stand at trial and choked up recounting to the jury how he talks to Farrah still by talking to the painting.  He pleaded: “It’s her presence in my life and her son’s life.  We lost her.  It would seem a crime to lose it.”

Although not by unanimous vote, Ryan ultimately got the part and took the painting home for the third time.

Arguments over a decedent’s tangible personalty, like those over artworks, aren’t uncommon.  When the value of such pieces justifies the cost, estate-planning counsel seeking to avoid such litigation might consider being more specific than just providing for a gift of “all my artwork” or “all my jewelry.”  In addition, counsel at the planning stage may wish to inquire as to any evidence of title, any issues related to possession and whether the decedent paid the insurance on such pieces.