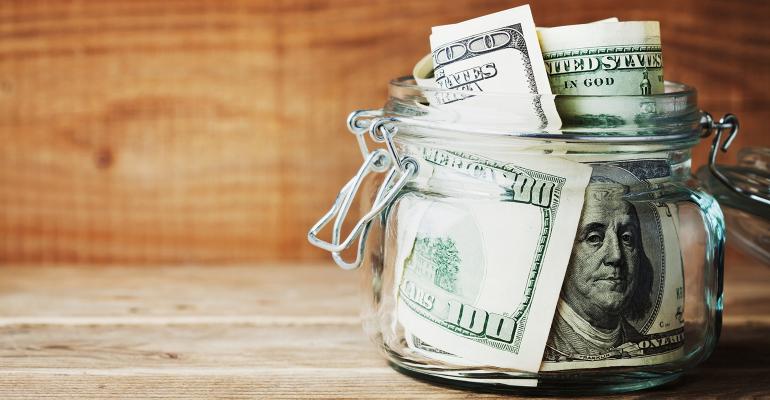 A Fading Culture of Giving

A steady decline in charitable donations, coupled with the new tax laws, should give Congress pause.

Charitable giving by individuals made up 72 percent of total giving in 2016—that’s more than $280 billion. It’s been a growing share of overall giving, and most charities wouldn’t be able to fulfill needs in the community without it.

However, recent data shows a steady decline in the number of households giving to charity, as well as a decline in the median annual gift value. This dip, coupled with the recently passed tax reform package that takes the charitable deduction away from all but about 13 percent of taxpayers—arguably further driving down charitable gifts—should jolt civil society.

Several reports over the past year indicate a decrease in the number of Americans who are giving to charity. Longitudinal data from the Philanthropy Panel Study at the Indiana University Lilly Family School of Philanthropy shows the percentage of Americans who give to charity has fallen by nearly 12 percentage points over the past 12 years—from 68 percent of households in 2003 to just 56 percent in 2015.

At the same time, median annual giving by individuals has fallen from $1,024 in 2005 to $872 in 2015. This shows that Americans are feeling less generous. Interestingly, the total amount of charitable giving continues to rise and hit an all-time high in 2016. This likely means that while most of America is becoming less generous, there are plenty of us who are making extraordinary charitable gifts. So, is our culture of giving on a decline?

Why Are Americans Giving Less?

We suspect there are at least two reasons for this steady decline: less to give and bigger headlines.

The recession began nearly a decade ago, and while it appears the economy has recovered, some habits don’t just reverse. Americans had a lot less to give following the economic downturn, and we believe many of them had to cut their charitable giving either significantly or completely to deal with the fallout. We hope this won’t be the case for long, but we do recognize that charitable giving tracks economic stability and growth, so it’s a wait-and-see game.

Then there are the “charities gone bad” headlines we see plastered across the internet, which have an outsized influence on Americans’ judgment of charities. We know the bad actors are few and far between, but at the same time, we understand that those headlines have lasting impacts.

Tax Reform May Exacerbate This Decline

Just last year, President Trump signed a new tax law that makes the charitable deduction unavailable for about 87 percent of taxpayers. While we, and most professionals in the charitable sector, recognize that a tax deduction doesn’t alone drive charitable giving, we do realize that it often impacts how much and the timing of a gift. In fact, one report puts a fine point on the issue of timing, noting that 11 percent of gifts are given in the last three days of the year.

Unfortunately, it will take several years for charities to see the real impact of the new tax law, and we hope that impact isn’t as grim as the sector anecdotally predicts. But charities can’t afford to wait around for hard numbers at the risk of losing significant and important dollars that could otherwise be used to address issues in their communities.

Initial data from the Blackbaud Index shows a three-month moving median of year-over-year percentage changes in giving are already and unfortunately proving that charities and lawmakers have something to worry about. January data shows the smallest growth in giving since August 2012.

Additionally, data from Network for Good, an online giving platform that processed more than 2.6 million donations over the past 13 months, show that the number of donations and amounts donated in February 2018 has actually fallen compared to February 2017.

As for the Future...

At a time when federal budgets are shrinking, local and state resources are under pressure to provide basic services for their communities. Charities in these communities often step in to provide services the government is unable to do, so the decline in Americans giving to charity is concerning to say the least.

America is the most charitable nation in the world, but data paints an alarming picture of a fading culture of giving. We hope Congress shares this unease and will respond with appropriate solutions to ensure America maintains and grows its vibrant tradition of giving that it has been known for since its founding.