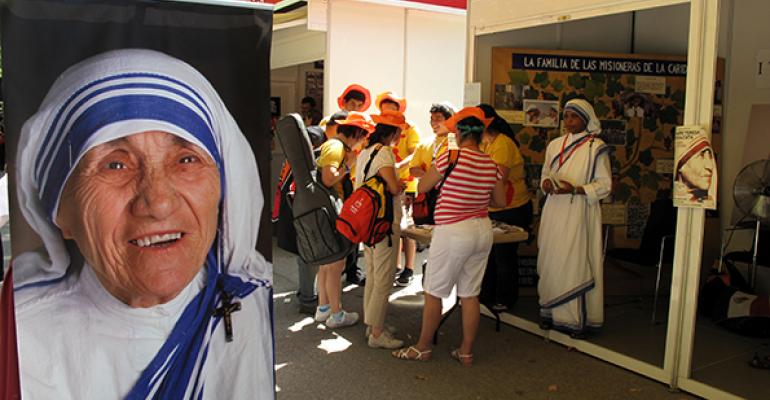 How to have a positive billion-dollar impact on the world

There’s an old Chinese Proverb, “a bit of fragrance always clings to the hand that gives roses.” Expressed in another way, when you offer kindness, love or charity, you get something positive in return.

For you tax professionals out there, no, I’m not referring to a tax deduction (although, who doesn’t love a good tax deduction). The idea that doing good for others is beneficial to the giver as well as the receiver is well established–by science. There’s an abundance of scientific research that’s been conducted on the subject of the effects of altruism and charity. There are real and significant health benefits. Even having thoughts about charitable acts can produce a positive impact.

For example, graduate students at Harvard were asked to watch a film about Mother Teresa’s work with the poor and sick in Calcutta. The students showed significant increases in the protective antibody salivary immunoglobulin A(S-IgA) when compared with those watching a more neutral film.

There are also substantial psychological benefits. Elizabeth W. Dunn, PhD, Assistant Professor at the University of British Columbia, has done significant research into the psychology of happiness. In 2008, Dunn, along with a number of her colleagues, published the findings of their research (Spending Money on Others Promotes Happiness, Elizabeth W. Dunn, et al. Science 319, 1687 (2008)). Dunn concluded that, “spending more of one’s income on others predicted greater happiness both cross-sectionally (in a nationally representative survey study) and longitudinally (in a field study of windfall spending).”

That’s good news for those of us in the United States. According to the 2013 World Giving Index, conducted by Charities Aid Foundation using Gallup World Poll data, out of 135 countries, the United States ranked number one based on three different charitable activities–giving money, volunteering time and helping strangers.

However, there’s strong evidence that we as professional advisors need to do more for those individuals and families who have philanthropic potential. Consider the following pieces of data:

If 27 percent of the population is actively supporting charitable causes on an annual basis (and it’s probably a higher number than that, but not everyone itemizes their charitable contributions) and those aged 65-75 are very active in charitable giving and estate planning activities simultaneously, why did only 10 percent make a charitable bequest? Did 17 percent of the population make the conscious decision to turn their backs on charity in their wills and trusts, or is something else going on? Did their estate planning advisors ask the right questions?

Of all the unmarried individuals who reported having a plan for charity in their will or trust, 30 percent of them ended up passing nothing to charity on their demise. Since they obviously wanted some amount to go to charity and actually thought they had made arrangements to achieve that goal, what happened? Did they have a charitable bequest in their will but no probate assets when they died? Did the will get contested? Were the documents lost, thereby triggering intestate laws? Were all of these gifts actually contingent gifts and the triggering event never occurred? With over $20 billion in charitable bequests, imagine if we could solve this particular problem and ensure that everyone who wanted to leave something to charity actually did. We could increase charitable giving to the tune of a few billions dollars–every year.

With regards to question number one, professional advisors need to go beyond the simple question of whether or not the client wishes to make a charitable bequest. Find out what charities they would like to support, where their passions lie, the emotional reasons for their philanthropy, whether both spouses share the same desire to support the same charities and their goals for passing on their charitable passions to their children and grandchildren. Introduce clients to the idea of legacy estate planning.

With regards to question number two, if a client desires to leave an amount to charity on their death, consider the alternatives and help them to implement the approach that’s most likely to actually generate a charitable gift based on their circumstances. For example:

If you hit .700 in baseball, you’ll be legendary. If you hit 70 percent of greens in regulation, you’re on your way to being a scratch golfer. On the other hand, if you remember 70 percent of your wedding anniversaries, that may cause some problems. Our point is, we don’t think advisors should accept a 70 percent success rate with charitable bequests. If advisors effectively engage their clients in legacy estate planning, the impact we could have is dramatic. Even if we assume there are legitimate reasons for 20 percent of the bequests not being made, an additional 10 percent would equate to $2.5 billion more charitable contributions annually. Now that’s an impact.

David R. Foster, JD, CLU, ChFC, CAP, FLMI, is an Advanced Sales Attorney with Ash Brokerage in Harrisburg, PA. He may be reached at [email protected].