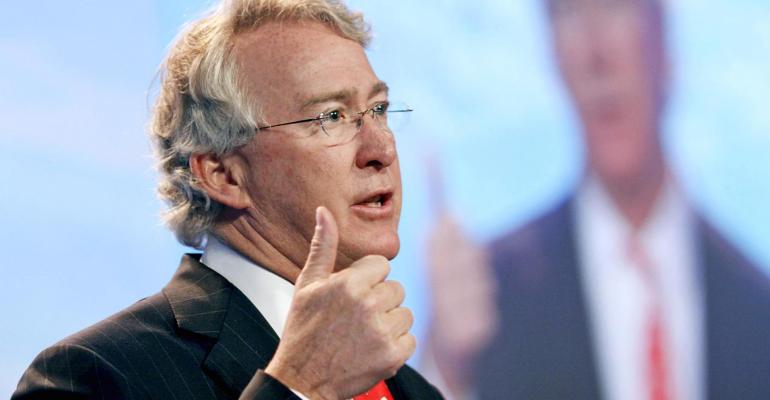 <p>Duke University is suing to receive up to $10 million in charitable pledges from Aubrey McClendon&#39;s estate.</p>
Wealth Planning>Philanthropy

In August, it was widely reported in the media that Duke University had filed a claim against the estate of Aubrey McClendon, the former CEO of Chesapeake Energy Corp., for payment of nearly $10 million in outstanding charitable pledges, once again raising the question of whether and to what extent charitable pledges are legally enforceable.

States typically rely on one of three theories to find that a charitable pledge is enforceable.  A pledge may be enforceable as a bilateral contract, as when a donor pledges a sum of money in exchange for the charity’s naming a building after the donor.1 A second theory treats a charitable pledge as a unilateral contract.  A donor offers to make a gift in the future that’s accepted when the charity incurs a liability in reliance on the offer.2 When the charity provides no consideration for a contract, a pledge may be enforceable under the doctrine of promissory estoppel, an equitable remedy applied when a charity would suffer damages if the pledge weren’t enforced.3

Trend Towards Enforceability in New York

The seminal New York case Allegheny College posited that charitable pledges should be enforceable as a matter of public policy.4 To that end, New York usually applies the unilateral contract theory, and its courts have frequently bent over backwards to find the requisite consideration making a pledge enforceable.  The “trend of judicial decision during the last century has been towards the enforcement of charitable pledges almost as a matter of public policy.”5 For example, a charitable pledge was held binding based on the nonprofit’s record of borrowing from banks in advance of collecting its pledges.6 Even pledges for failed projects can be binding in New York, if there’s been no “total abandonment or frustration of the project.”7Using a pledge to obtain other pledges is also sufficient consideration.8 In one case, a charity accepted a pledge and carried on with its usual charitable activities.  The court found that this was sufficient to make the pledge binding.9

The trend towards enforceability was recently delivered a setback.  The Brooklyn-based institute Oholei Torah-Oholei Menachem lost its appeal of a summary judgment denying enforcement of a $1.8 million pledge.10 The Kramer court found that the organization failed to demonstrate that it accepted the pledge by incurring liability in reliance thereon and therefore had no claim to the money.11 The long history of New York decisions in favor of enforcement makes the Kramer decision a bit of a surprise.  Unfortunately, the charity ignored the pledge after receiving it, rather than relying on it to advance a new project or continue an old one or mentioning it to other donors as part of a larger fundraising campaign.  In New York, a charity needn’t do much, but it must do something.

A requirement of some form of consideration is not the only option available to states that want to enforce charitable pledges.  In several states, Kramer’s pledge would have been binding when made.  In Louisiana, charitable pledges have been legally enforceable since 1836.12 Ohio, Iowa and New Jersey have taken similar positions.13 Finally, according to the Restatement (Second) of Contracts, a charitable subscription is binding “without proof that the promise induced action or forbearance.”14

Even when some action or forbearance is required, as in New York, a broader interpretation of what qualifies as consideration could give courts more reason to enforce charitable pledges.  Behavioral law and economics suggests that self-esteem and self-image can be strong motivating factors in how people spend their money.15 A charitable donation may bring feelings of satisfaction, enhance the donor’s public image or offer social benefits.  Just by making the donation, the donor receives a benefit that might support a finding of consideration.

Most charities are reluctant to go after delinquent donors in court (especially those they hope will give more money in the future).  Yet some may want to make sure pledges are binding in case of unforeseen circumstances, particularly if the donor dies and there’s no expectation of further beneficence.  Also, some donors will want to assure their estates of a deduction for any unpaid pledges.16 Until judges in New York start thinking creatively about what qualifies as consideration, or the New York legislature offers some relief, charities in New York must give pledges proper attention and demonstrate that they’ve relied on them.

16. A written charitable pledge is deductible as a debt if it was contracted for full and adequate consideration, and it would have constituted an allowable charitable deduction had it been made as a bequest. Treasury Regulations Section 20.2053-5; see Internal Revenue Code Section 2053(a).

Christina M. Mason is a partner in the Private Clients Practice Group of Kelley Drye & Warren LLP.  Sean F. McLernon is a member of Georgetown Law School’s class of 2017.