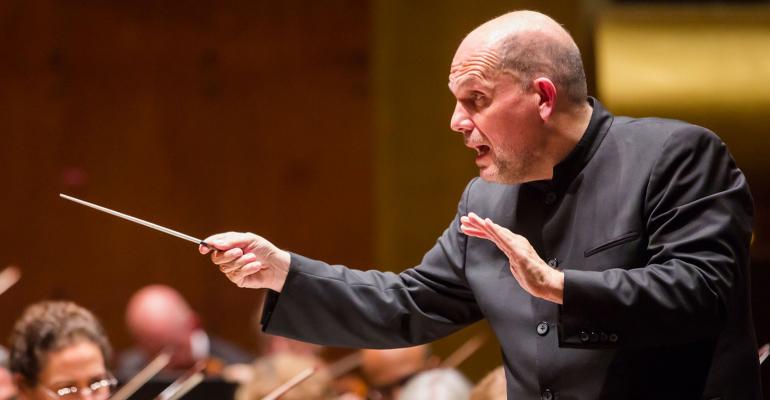 Interesting issue (to those interested in this stuff): Did the donor make a deductible charitable gift to the Dallas Symphony or a gift to the conductor?

Let’s look at the cases and the revenue rulings on earmarked gifts. The underlying issue and overriding fact question is whether the donor intended to benefit a specific individual or the charitable organization.

The charity’s acknowledgment letter thanking the donors for their contribution stated that there could be no assurance that their contribution would be used to support Ms. Composer’s work. In November, the charity, Ms. Composer and the Orchestra entered into an agreement providing that the charity would pay Ms. Composer a commissioning fee and copying costs and would reimburse her expenses for appearing at her work’s premiere. The donors’ contribution was sufficient to pay for all of that. Ms. Composer agreed to complete a work of specified form and duration, and the Orchestra agreed to make reasonable efforts to perform it and was granted the exclusive right to perform the premier and for a limited time thereafter.

The IRS ruled that the donors’ contribution wasn’t impermissibly earmarked for Ms. Composer and thus is deductible. The IRS' rationale for ruling favorably: The donors made a payment to a recognized charity and expressed an interest in supporting the work of a particular composer. This expression of interest raises the issue of whether the contribution was impermissibly earmarked for this composer. However, no commitment or understanding existed between donors and the charity that the contribution would benefit the composer. The donors understood, the IRS determined, that any funds contributed to the charity would be distributed in the charity's discretion. Although the donors expressed an interest in the selection of a particular individual to compose a work for the charity, the common understanding was that the contribution would become part of the general funds of the charity and would be distributed as determined by its officers.

Reminder. A PLR isn’t authority except for its recipient.

Parthian shot. If a gift is held to be earmarked for an individual, not only does the donor lose the income tax charitable deduction, but also could be subject to the federal (and possibly state) gift tax on transfers to individuals (assuming it exceeds the $14,000 per donee annual exclusion).

The recent slaying of five Dallas police officers recalls a legislative exception to the earmarked-charitable-deduction-denial rule.

Cash gifts made for the exclusive relief of the families of two slain New York police officers were allowable 2014 deductions if made between Jan. 1 and April 15, 2015.

The law provided that the gifts were deductible even though the contributions were made to organizations that specifically benefited the families of Detectives Liu and Ramos.7

© Conrad Teitell 2016. This is not intended as legal, tax, financial or other advice. So, check with your advisor on how the rules apply to you.