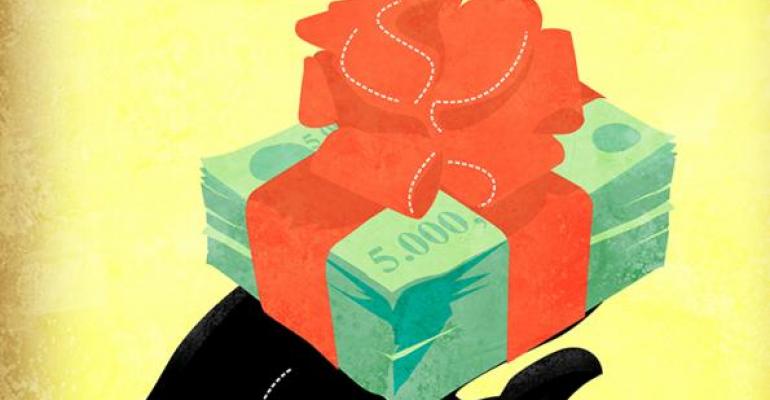 The Debate Over DAFs

Over the last few decades, a revolution in charitable giving has taken place. Donor-advised funds (DAFs), once a relatively small funding source for community foundations, have evolved into a significant avenue for charitable giving. Some DAFs now rival prominent private foundations in size. They've also come under increased scrutiny that may eventually lead to changes in how they operate.

A donor who gives appreciated long-term capital assets (those held for more than one year) to a DAF is entitled to an income tax deduction for the full fair market value of the gift, which is limited to 30 percent of the donor’s “contribution base.” Generally, a donor’s contribution base is equal to the donor’s adjusted gross income. Gifts of cash to a DAF have a deduction limit equal to 50 percent of a donor’s contribution base. A donor is permitted to take these deductions in the year the gift is made to the DAF—even if no distribution is made to a charity in that year.

These higher deductibility limits are one feature that makes DAFs attractive.

Another is that the donor isn’t burdened with the administrative, governance and maintenance requirements incumbent to running a private foundation. A DAF isn’t a distinct legal entity, so it has no governing documents, board of directors, annual corporate filings or separate tax returns. The donor isn’t responsible for monitoring or tracking donations. The sponsoring organization of the DAF must ensure the suitability of any potential beneficiary and is responsible for all of the administrative, tax, legal and other matters regarding its operation.

Donors who are concerned about privacy may prefer a DAF, as distributions can be made to a charity without disclosing the name of the individual donor. Private foundations are required to make their annual information returns available to the public, which include a list of all of the grants made, as well as a schedule listing the names and amounts of any donors who contributed more than $5,000.

These benefits of DAFs are offset by a lack of control by the donor, who retains only advisory privileges but no real say over where the money goes. A donor to a private foundation may retain significant legal control of the foundation's assets through ongoing oversight with the governing board.

According to the “2015 Donor-Advised Fund Report” prepared by the National Philanthropic Trust, 2014 was a record year and continued the trend of the increased use of this charitable giving vehicle over the past decade. Distributions from DAFs totaled $12.5 billion, up from $9.8 billion in 2013. Contributions to DAFs were $19.66 billion in 2014, an all-time high, and continuing a double-digit trajectory of growth, total charitable assets in DAFs grew by over $13 billion in 2014.

Critics like the philanthropist Lewis B. Cullman and Boston College Law School professor Ray D. Madoff suspect that a donor feels less urgency to actually make distributions to charity from a DAF once the tax benefits of charitable giving have been claimed. In addition, they argue that sponsoring organizations associated with financial organizations are incentivized to encourage donors to consider DAFs as charitable “assets” that are to be managed, not distributed, as fees are earned from managing the funds rather than from making distributions to charities. Finally, they also point out that financial organizations associated with sponsors of DAFs are able to avoid federal disclosure rules that otherwise require charities to disclose salaries of top paid employees.

Supporters of DAFs argue that DAFs often actually have payout rates above the 5 percent minimum distribution required of private foundations—Fidelity Charitable calculated its payout at 26 percent for fiscal 2016. Critics respond by claiming the calculation by Fidelity is over-inflated (because it’s determined using a five-year rolling average of year-end assets) and note that it’s based on aggregates of funds rather than on a fund-by-fund basis. The potential, they argue, is for large distributions from certain funds to offset others that distribute nothing, with the donors to each fund receiving the same tax benefits. Supporters in turn claim that mandating minimum spending amounts on DAFs would increase administrative burdens on charities, and question why DAFs should be treated differently from endowment assets at colleges and universities, which may sit in perpetuity.

A number of fixes have been proposed by philanthropists, academics and members of Congress. One would require that mandatory distribution requirements be applicable to DAFs. In 2014, Congressman Dave Camp (R-Mich.) proposed legislation that would mandate a five-year spend-down, with funds that failed to meet this deadline being subject to a 20 percent tax on any unspent amounts. Others, such as Madoff, have proposed longer spend-down terms of 10 to 20 years.

DAFs will likely remain an important and growing part of the U.S. charitable giving landscape for some time. So long as they present a simple means to facilitate charitable giving while allowing for generous tax deductions, donors will continue to use them. That said, the debate around the use of DAFs continues unabated.

This is an adapted and abbreviated version of the authors' original article in the October issue of Trusts & Estates.