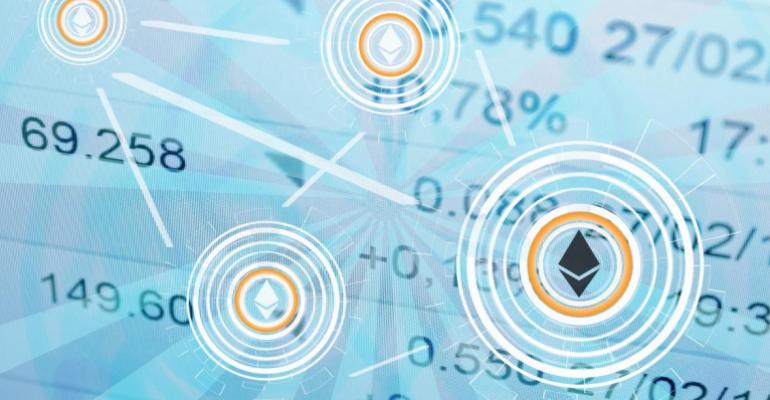 Consistent monthly valuations can be invaluable when dealing with such a volatile asset.

As time goes by, the notion of cryptocurrency—using cryptography to validate, secure and digitally record transactions on a distributed ledger—is becoming increasingly accepted and embraced.  Over the last several years, investor interest in cryptocurrency has exploded despite its notorious volatility, as evidenced by the fact that there are currently over 5,000 cryptocurrencies in circulation with a total global market capitalization of more than $1.59 trillion.  In fact, the total market capitalization has increased by nearly 570% over the past 12 months alone.

This increased interest has carried over into the world of philanthropy as well, where donors are making tax advantaged contributions of highly appreciated cryptocurrency.  It’s becoming increasingly common for charitable organizations, including private foundations (PFs), to retain such contributions as part of their portfolios, rather than reflexively liquidating them.  As a result, it’s important that PFs in particular consider the compliance implications that can be triggered by holding such nontraditional investments.

While the Internal Revenue Service has taken the position that cryptocurrency is property rather than currency, it hasn’t issued comprehensive guidance on the tax treatment of cryptocurrency, leaving a number of open compliance questions. One of the IRS’ guidance gaps becomes evident when a PF holds cryptocurrency as an investment and needs to calculate the value of that asset for purposes of determining its annual 5% minimum distribution requirement (MDR). (For purposes of this article the term “MDR” means the amount of qualifying distributions that must be made by the end of the present tax year to avoid a violation and 30% underdistribution penalty.  Technically, the MDR represents the prior tax year’s “undistributed income.”) Generally, a PF’s MDR for a given year is based on the value of the preceding year’s investment assets as set forth in the regulations.

The regulations provide the methodologies for valuing cash, publicly traded securities and other assets. Cash is valued by averaging the cash balances on the first and last days of each month in the PF’s tax year. Similarly, publicly traded securities are valued by averaging the monthly values of such securities on a consistent basis, such as referencing the values as of the same day of each month throughout the year.  Other assets must be valued annually on the same date each year, except real estate in certain cases.  Because the IRS has taken the position that cryptocurrency is property, not cash, and hasn’t classified it as a publicly traded security, a strict reading of the regulations would require that cryptocurrency be valued only once per year.  However, note that legislative history frames the MDR as a percentage of the average of the PF’s noncharitable assets.  When asset values are easily ascertainable (as is the case for cash and publicly traded securities), the preference is to value such assets on a monthly basis, while other, less easily valued assets should be valued as frequently as may be appropriate.

On the other hand, if the cryptocurrency’s value skyrocketed on the valuation date, the PF’s MDR for the next year would be artificially high.  For instance, if the cryptocurrency held on that date skyrockets from $1 million to $5 million, the PF’s MDR attributable to such cryptocurrency would be $250,000 (5% x $5 million). If the PF lacks sufficient other liquid assets, it may be forced to sell its cryptocurrency at a loss to satisfy the increased MDR rather than hold it and wait for it to increase in value once again.  Even more concerning is that the artificially increased MDR would be disproportionately larger than the usual 5% of assets, such that the satisfaction of its MDR would result in a significant reduction in the foundation’s total assets—that’s if it even has sufficient liquid assets to satisfy the inflated MDR in the first place. Many PFs found themselves in a similar situation after the market crash of 2008 because their MDR for that year had been based on a much higher prior-year asset level.

Specifically, Treasury Regulations Section 53.4942-2(c)(4)(i) provides that securities must be valued on a monthly basis if market quotations for such securities are readily available. Treas. Regs. Section 53.4942-2(c)(4)(v) provides that the term “securities” in this context “includes, but is not limited to, common and preferred stocks, bonds, and mutual fund shares.” (emphasis added) Although cryptocurrency may not fit the mold of a traditional security, the regulations’ definition of a security for this purpose is arguably expansive enough to encompass cryptocurrency.

(2) Regularly traded in the national or regional over-the-counter market, for which published quotations are available; or

(3) Locally traded, for which quotations can readily be obtained from established brokerage firms.

Thus, the regulations seem to focus on the regularity of trading, frequency of valuations and—in alignment with the legislative history—ease of obtaining quotations.  Many cryptocurrencies meet all of these requirements, as they’re traded on exchanges where quotations are readily available.  In fact, at least one site aggregates the pricing data for popular cryptocurrencies from multiple exchanges in U.S. dollars on a continuous basis, which is useful because a given cryptocurrency may be traded on multiple exchanges contemporaneously.

Solely for purposes of calculating the MDR, cryptocurrencies should be valued monthly like publicly traded securities, provided that they’re regularly traded on exchanges where market quotations are readily available in U.S. dollars.  This approach, applied consistently, should prejudice neither the IRS’ nor the PF’s interests in terms of the MDR, and it won’t impact a PF’s tax liability.  If anything, this is a more even-handed and accurate metric for valuing such a volatile asset over the course of a year.  We believe this approach is both in accordance with the spirit of the regulations and arguably the letter of the regulations as well.