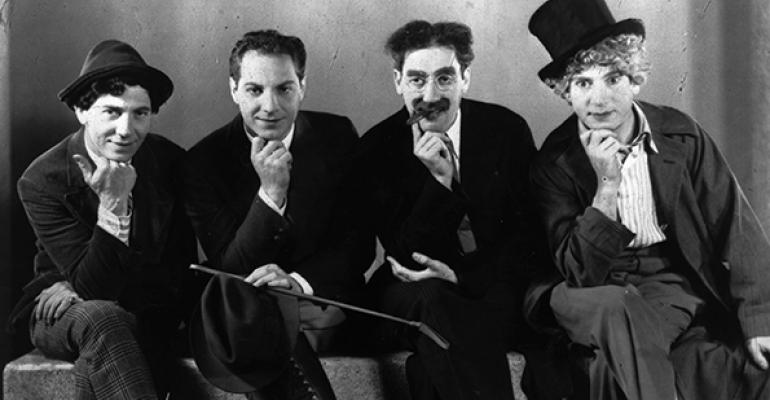 Sauce for the corporation. The U.S. corporation continues operating as it did before the merger but pays the lower tax rates of the foreign country on its foreign earnings (rather than paying the higher U.S. corporate rates).

Shocked! Shocked! Rick, tax avoidance is going on here. Some members of Congress, the Treasury and the President are calling these transactions unpatriotic. Proposed legislation and threatened Treasury action would quash the tax benefits for the merged corporations—perhaps even retroactively.

Tax avoidance is OK.* Judge Learned Hand said it best: “Over and over again courts have said there is nothing sinister in so arranging one’s affairs as to keep taxes as low as possible. Everybody does so, rich and poor; and all do right, for nobody owes any public duty to pay more than the law demands: taxes are enforced exactions, not voluntary contributions. To demand more in the name of morals is mere cant.” Commissioner v. Newman, 159 F.2d 848, 850-851 (CA-2 1947) (dissent).

Poison for the stockholders. On an inversion, they incur involuntary capital gains on the difference between their stock’s basis and its fair market value. They receive no cash and have to pay tax out of their own pockets. Exception. Charitable organizations, pension plans and other tax-exempt stockholders pay no capital gains tax on a corporate inversion. But civilians do!

Side effects—uncontrollable bleeding of wealth: Capital gains increase adjusted gross income (AGI). Higher AGI can further increase taxes by decreasing otherwise allowable benefits that are keyed to it: the 10 percent AGI floor for casualty loss deductions, the 10 percent floor (reduced to 7.5 percent for taxpayers 65 and over for 2014 and 2015) for medical and dental expense deductions; and the 2 percent floor for miscellaneous itemized deductions.

Tell your tax doctor if you're a stockholder in a corporation about to have an inversion. As AGI increases, other benefits can be reduced or eliminated: Social Security; savings bond interest exclusions for bonds used to pay for higher education tuition and fees; adoption and child care credits; contributions to Roth IRAs; and passive activity losses and credits.

Yet more side effects—PEP and Pease. The phase out of personal exemptions (PEPs) and the reduction of otherwise allowable deductions (the so-called Pease provision) can make increased AGI dangerous to your wealth.

What should a stockholder do when an inversion is in the works?

Every school child knows that when long-term appreciated securities are contributed to a public charity, the donor: gets a charitable deduction for the fair market value (up to the 30 percent AGI ceiling, with a five-year carryover); and isn’t taxable on the capital gains. The charity, being tax-exempt, pays no tax if it disposes of the securities.

The school child also knows that if the appreciated securities are used to fund a charitable remainder unitrust or annuity trust, capital gains aren’t incurred on the trust’s funding. The gains are reportable over the years to the extent deemed distributed to the beneficiary under the four-category taxation regime.

When appreciated securities are used to fund a charitable gift annuity, the transaction is deemed a bargain sale. The reduced gain, when the donor is the annuitant or one of the two annuitants and the annuity is non-assignable (except to the issuing charity), is reported ratably over the donor’s life expectancy.

When appreciated securities are used to fund a deferred payment charitable gift annuity, the school child will tell you that the gain is computed under the bargain sales rules and the smaller gain is reportable ratably over the donor’s life expectancy. But, not reportable now; only when the payments begin in the future.

Groucho Marx (playing the part of Rufus T. Firefly) in the film, Duck Soup, comes to mind: “Why, a 4-year-old child could understand this report. Run out and get me a 4-year-old child. I can’t make head nor tail out of it.”

Enter another Marx Brother who helps us get to the crux of avoiding capital gains on corporate inversions.

Chico Marx once gave his check to writer, Heywood Broun to pay off a gambling debt but warned him not to cash it before noon. The following day Broun called Chico, complaining that the check bounced.

“What time did you go to the bank?”

“You said noon; I got there at twelve-o-two.”

The “too late” rule applies if the corporate inversion is already chiseled in stone. The taxpayer must contribute his stock before he's under a legal obligation to surrender it in exchange for stock in the foreign entity.

Next month: I’ll tell you about charitable gifts and other corporate restructurings.

*But tax evasion (as opposed to tax avoidance) can land you in the slammer. Tax evaders are those who pay no or reduced taxes by misrepresenting or concealing their activities—for example, not reporting or understating income, overstating deductions or claiming bogus dependents.