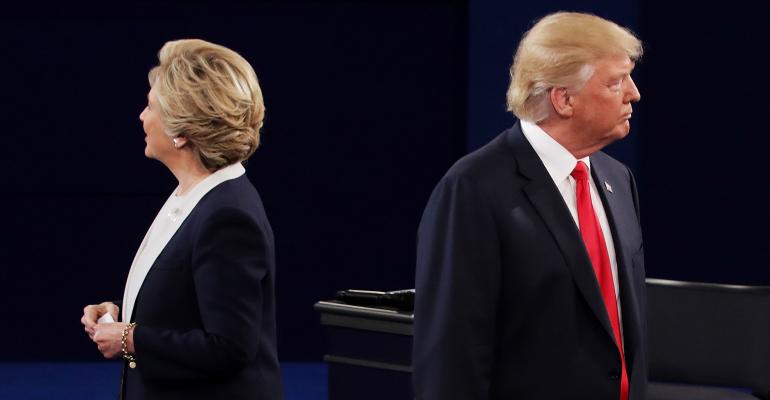 The Campaign Season Has Highlighted Plenty of Eyebrow-Raising Practices

Whether or not the Clinton Foundation or Trump Foundation are doing anything illegal, the optics are awful.

We’ve all seen the headlines about the Clinton Foundation failing to disclose donations from certain foreign governments when Hillary was U.S. Secretary of State, with some calling it “Pay (the foundation) to Play (in the State Department).”

Then there are stories reporting that Trump used his foundation’s money to purchase huge portraits of himself to decorate his private golf clubs and charges that he used foundation funds to pay a fee for having a flag pole raised too high at his Florida estate.

Whether or not there’s anything illegal here, the optics are awful. Awful for foundations, donors, philanthropists and yes, charities.

So what comes next? Well, Congress has a roadmap. Back in 2003, The Boston Globe did a series on the Cabot Charitable Trust. The head of the foundation admitted to “giving himself a raise,” otherwise called dipping into foundation funds to help pay for his daughter’s $200,000 wedding. This kicked off a multi-year congressional investigation that culminated in a Senate hearing with witnesses behind screens to protect their identity and more than a few props, including a prize deer head that if viewed from the right angle appeared to be whispering advice in the ear of a Senator.

Finally a raft of new rules came in 2006 as part of a much larger bill known as the Pension Protection Act. And following the bill came reams of regulations from the Treasury Department, which are still coming 10 years later.

To be sure, the Internal Revenue Service and any number of state Attorney General (AG) offices will pounce. The New York AG’s office is busy, having recently ordered Trump’s foundation to stop soliciting donations in the state and requesting more detailed information from Clinton’s foundation about its inflow and outflow of money. I suspect other AG offices may get in on the action too. It makes for good headlines while having the luxury of restoring trust and confidence in our community leaders.

Well, what about Congress? Lawmakers on both sides of the political aisle haven’t yet climbed the ladder to the bully pulpit because we’re a month out from an all-important election, and they don’t want to be viewed as playing partisan politics and because their own candidate has mud on his/her hands too. They’re living in glass houses and aren’t throwing stones. It’s the right call, for now.

So when will Congress get involved? When pressure forces their hands:

When Congress does act, it has lots of options. The congressional hearing route would grab headlines and offer a bully pulpit, but given the players at the center, a hearing could devolve into partisan politics and make everyone look like buffoons.

Congress could open an internal investigation. And with subpoena power, lawmakers could certainly get to the bottom of any rot. But these investigations are usually done by the party in power and it may look a little hypocritical, what with so much dirty laundry on both sides.

Congress could push the IRS for swifter enforcement. But the IRS generally loathes the optics that come with Congress telling them who to prosecute.

Congress could call for the Treasury and the IRS to contemplate more/clearer/stricter regulations to deter these kinds of practices. This would allow Congress to pass off a political hot potato, but it may be difficult for anti-regulation Republicans to join with their Democratic counterparts to call for more regulation.

It’s a conundrum, but Congress will have to act at some point. As Winston Churchill once said, “Never let a good crisis go to waste.” But don’t expect them to act this year. There’s just too much at stake between now and the end of the year to upset any balance. But next year? The gloves come off.