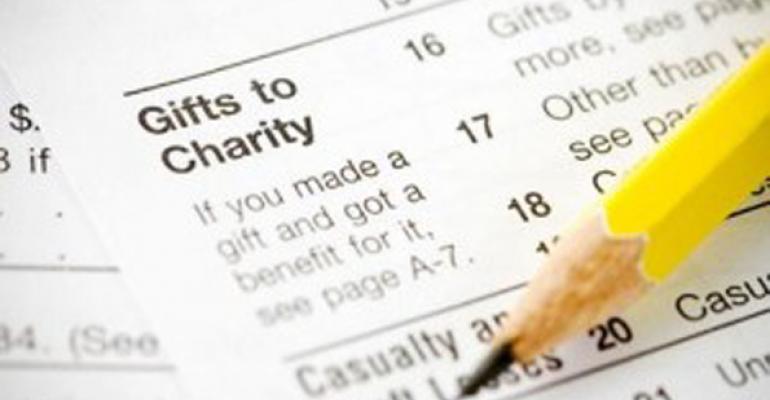 Beware of Changes to Federal Policies on Charitable Giving

Ever since the United States was founded, charitable support of nonprofit organizations has been a fundamental part of its social fabric. Every day, nonprofits touch millions of Americans’ lives. They provide for essential human services, advocate for core democratic values and support people, animals, arts and the environment.

Plus, nonprofits account for 11.4 million jobs, 10.3 percent of all private sector employment. They contribute 5.4 percent to our nation’s gross domestic product.

When our government proposes policy changes that impact the nonprofit sector, these changes could have major repercussions. Here are just a few potential effects.

One alternative being discussed is to make the charitable deduction available to all taxpayers, regardless of their income level. Creation of a universal deduction could potentially recapture some of the donations lost by increasing the standard deduction and making donations tax deductible to all who give.

The proposed elimination of the estate tax would, naturally, benefit the wealthiest donors. However, it also would eliminate significant tax incentives for those donors to create estate plans that benefit nonprofits through charitable donations at death.

The purpose of the Johnson Amendment is to prevent tax-deductible dollars donated to nonprofit organizations from being used to support or oppose candidates running for public office. The 1954 amendment — named after its sponsor, then-U.S. Sen. Lyndon B. Johnson — has been the law of the land for more than 60 years.

The weakening or elimination of the Johnson Amendment could fundamentally alter the U.S. nonprofit sector. Politically motivated donations made through nonprofits would be tax-deductible for the first time. Donors could contribute to nonprofit organizations that support or oppose their favorite political candidates, putting tremendous pressure on many nonprofits and increasing partisanship in the sector.

Allowing church leaders to support or oppose candidates raises serious issues of separation of church and state. All politically motivated donations would be “dark” because religious institutions have no obligation to disclose either their finances or their donors.

A recent survey shows that at least 75 percent of Americans — including evangelical Christians — believe it’s inappropriate for pastors to endorse a political candidate from the pulpit. A 2012 survey found that 87 percent of pastors agree.

Proposed spending cuts would affect programs in the areas of education, health, housing, labor, the environment, veterans, research, energy, the arts, conservation, agriculture and more. As a result, the needs of people or systems dependent on those programs would have to be met by state and local governments and the already seriously strained resources of nonprofits.

When coupled with reductions in tax incentives for giving, nonprofit organizations could be called on to do much more with much less — resulting in serious gaps in services to those in need.

Government policies that may appear appealing to some on a partisan basis may have serious consequences to important, “transpartisan” issues in our society that impact us all in significant ways.

To learn more about how such policies impact the nonprofit sector, see the National Council of Nonprofits, the Council on Foundations and Independent Sector.