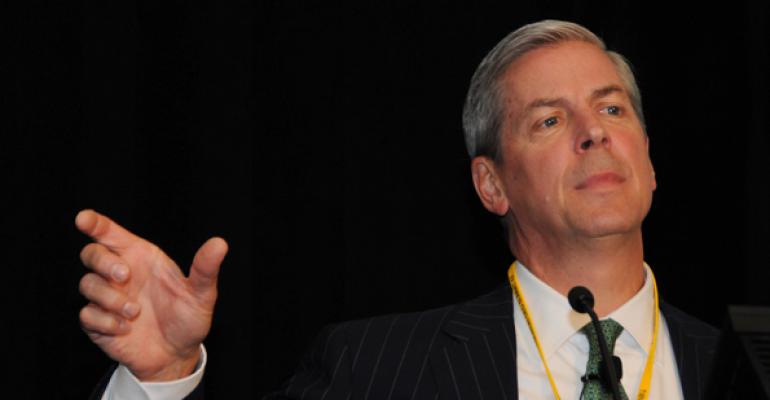 Wells Fargo’s Head of Wealth and Investment Management to Retire

Jonathan Weiss, head of Wells Fargo Securities, will succeed David Carroll, who's retiring after 38 years with the company.

David Carroll, the head of Wells Fargo’s wealth and investment management division, announced his plans to retire in July after 38 years with the company. Jonathan Weiss, head of Wells Fargo Securities, will take over Carroll’s role and will report to Tim Sloan, president and CEO of the firm.

“As head of Wealth and Investment Management, [Carroll] achieved a compound annual growth rate in after tax earnings of 26 percent for the last eight years and developed talent, strategies and best practices that will serve Wells Fargo for years to come as we become a stronger, better bank for our customers and clients,” Sloan said in a statement.

Today, the wealth and investment management unit oversees $2.3 trillion in client assets across 7 million individuals and institutions. As of the end of March, the brokerage had 14,657 advisors.

Carroll started with Wachovia Bank & Trust Company in 1979. From 2005, he served as senior executive vice president and head of Wachovia’s Capital Management Group, which included its retail brokerage, asset management and retirement and investment products, until its merger with Wells Fargo.

Weiss also has a history with Wachovia, joining the firm in 2005 from J.P. Morgan. Prior to being named head of Wells Fargo Securities, he was co-head of investment banking and capital markets.

Over the last several years, the firm’s brokerage has seen some changes at the senior leadership level. Mary Mack was named head of Wells Fargo Advisors in 2013, when long-time WFA chief Danny Ludeman retired. When Mack was tapped last July to lead the firm’s community banking division, David Kowach was named to serve as head of the wirehouse. Weiss will be Kowach’s new boss.