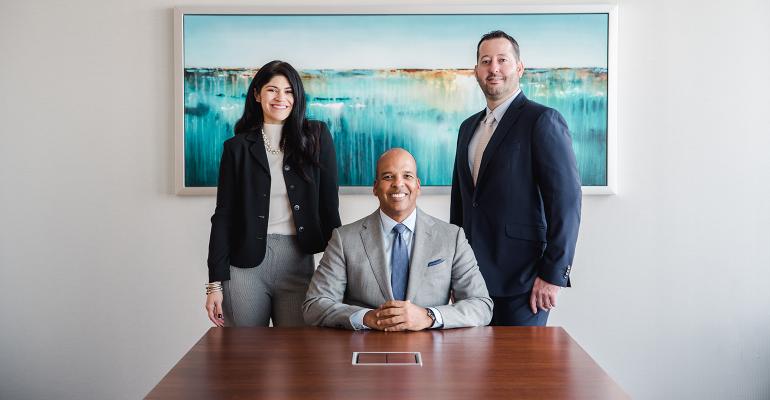 Snowden Lane added the Ureña Wealth Management Group to its roster of advisors, pulling the advisors from Wells Fargo, the firm announced Monday. The move comes in the wake of Wells’ announcement that it would jettison its international wealth management business.

When Wells Fargo announced in January that it would no longer provide services to clients abroad, Wells’ advisors had to decide whether to part ways with those clients or find a new home. Ureña said he had already been in contact with the leaders of Snowden Lane and was prepared to make the jump.

“Losing 50% of my business was not an option for me or one that I wanted to accept,” said Ureña.

Wells Fargo said in an email response that only a single-digit percentage of its advisor base focused on international clients and represented a very small percentage of assets across the wealth and investment management unit.

Ureña started his practice at Wells Fargo in 2006 with $30 million in AUM, joined by a senior operations associate, Omar Macias, and an investment and planning analyst, Johanna Haza. The firm’s rebirth at Snowden Lane will include the original three plus Ureña’s newest recruit, Huston Lorenzo, from Axio Financial.

While companies such as Wells Fargo, JP Morgan Chase and Merrill Lynch retreat from offshore accounts, Richard Ganter, managing director of the Southeast for Snowden Lane, said the firm is committed to its international business.

“I think if you are not in the international business certainly in South Florida or in certain pockets around the country like in California or in Texas or in New York, you’re losing a fair amount of opportunity to do business with clients around the world,” Ganter said.

That is because of the generational transfer of wealth that is happening across borders. “As you look at these wealth transfers that will take place, a lot of the wealth that was created offshore has come onshore and their children are here in the U.S.,” he said

“The transition of wealth this is a multi-year trend,” Ureña said. “The patriarch sends children to study in the U.S. and perhaps those children end up getting work here. So that wealth ends up coming onshore.”

In Snowden’s Coral Gables, Fla., office, a majority of the advisors have a portion of their business located out of the United States. In its San Diego branch, advisors have only non-U.S. clients. In New York, some advisors serve only clients in Asia.

Greg Franks, Snowden’s president and chief operating officer, said as some competitors depart the international business, many others are trying to enter, but it's a difficult market to crack because of the time it takes to secure appropriate investment platforms, processes and compliance oversight. Firms with international clients face extra layers of regulatory hurdles.

Franks and CEO Rob Mooney previously worked in international markets for Merrill Lynch, and the firm has recruited executives with similar experience to navigate the complexities.

“Our firm has been positioned from day one to attract non-U.S. clients,” Franks said.