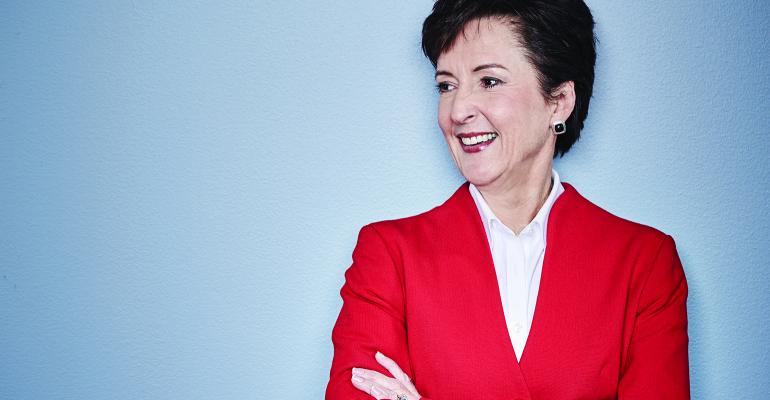 <p>Mary Mack&nbsp;joined First Union National Bank in 1984, before it became part of Wachovia, which was acquired by Wells Fargo.</p>
News>People

Tolstedt, 56, will retire from the firm at the end of July, San Francisco-based Wells Fargo said Tuesday in a statement. Tolstedt had joined a Wells Fargo predecessor 30 years ago.

“Carrie Tolstedt has been one of our most valuable Wells Fargo leaders, a standard-bearer of our culture, a champion for our customers, and a role model for responsible, principled and inclusive leadership,” Chief Executive Officer John Stumpf said in the statement.

Wells Fargo credited her in the statement as being instrumental in creating a network of 6,000 branches and 13,000 automated teller machines after it merged with Wachovia Corp. in 2008. She had joined Norwest Bank in 1986, before it bought Wells Fargo.

First-quarter net income from the community-banking division, whose results also include the consumer-lending operation run by Avid Modjtabai, fell 7.1 percent to $3.3 billion from a year earlier. Expenses and provisions for credit losses climbed in the period after a tax benefit helped profit a year ago. Revenue rose 4.2 percent to $12.6 billion as fees from cards, mortgages and deposit services increased.

Mack, 53, who will report to Chief Operating Officer Tim Sloan, joined First Union National Bank in 1984, before it became part of Wachovia. Mack’s replacement as chief of Wells Fargo Advisors hasn’t yet been named.