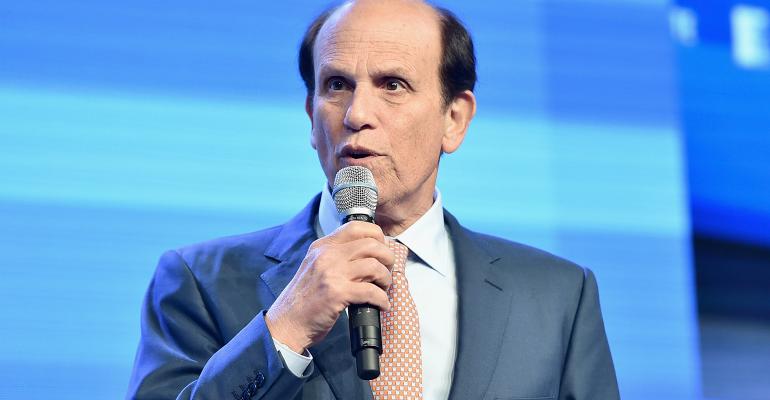 Milken pleaded guilty to securities fraud in 1990 and spent 22 months in prison.

by Max Abelson
(Bloomberg) --Wealth-management executive David Bahnsen sent a plea to President Donald Trump this week to pardon Michael Milken, one of the most powerful figures in Wall Street history to go to prison.

Bahnsen, a managing director at Morgan Stanley before he started his own wealth-management group in 2015, told Trump in a letter that Milken’s prosecution was a result of “a period of class envy run amok.” Bahnsen, a Republican donor, said in an email he’s never met Milken.

A pioneer of the high-yield bond industry in the 1980s, Milken was a symbol of the era’s swagger when he ran that business for Drexel Burnham Lambert. He pleaded guilty to securities fraud in 1990 and spent 22 months in prison.

Bahnsen, whose Bahnsen Group oversees more than $1 billion, told Trump the pardon would signal a stop to “headline-seeking, human-damaging corporate prosecutions, devoid of due process.” The banker said he sent an earlier version of the request and revised it after Trump pardoned former Maricopa County Sheriff Joe Arpaio last week.

Milken is now a philanthropist and namesake of a prominent annual conference, where Treasury Secretary Steven Mnuchin told attendees in May they should “thank me for your bank stocks doing better.”