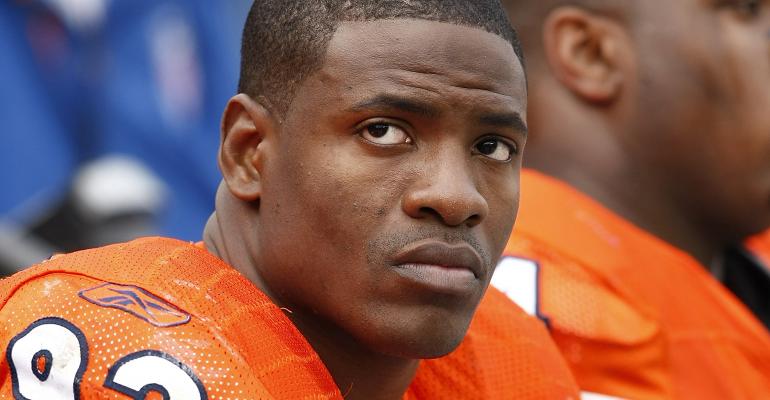 After playing in the NFL for more than 10 years, Adewale Ogunleye completed his MBA at George Washington University. He joined UBS in 2019.

(Bloomberg) -- Adewale Ogunleye, a former Pro Bowl defensive end with the Chicago Bears, has been named to lead UBS Global Wealth Management’s new Athletes & Entertainers segment, according to an announcement from the bank.

Like many players and performers who become wealthy, Ogunleye initially had little experience with investments — and he stumbled into some common pitfalls, like bad real estate deals and startups with little financial backing. He says he moved from football to finance to help others avoid similar mistakes.

Before the U.S. housing market collapsed in 2008, Ogunleye was persuaded to buy five apartments in one building in Miami, without thoroughly grasping the risks. He was also among the many professional athletes swept up in an alleged Ponzi scheme run by a financial adviser who had been registered with the National Football League Players Association.

“I was inadequate at understanding the financial jargon,” said Ogunleye, 43. “I didn’t know what a basis point was.”

After his more-than-10-year playing career, Ogunleye completed an MBA at George Washington University to improve his own understanding of finance. He joined UBS in 2019.

The company’s new unit has plenty of competition. Morgan Stanley and Goldman Sachs Group Inc. are among the banks that have their own wealth-management divisions dedicated to athletes and entertainers.

But Ogunleye, who grew up in New York and whose parents immigrated to the U.S. from Nigeria, believes his past as an NFL player will set UBS’s offerings apart.

“Finance isn’t diverse,” he said. “Financial advisers typically don’t speak athletes’ language, so athletes and entertainers gravitate toward those people who do.”

It’s an all-too-common story: A star makes millions, then buys into risky investments pushed by disreputable advisers — and soon is broke. In part, said Ogunleye, this happens because established institutions have failed to understand performers and meet their needs.

“My job now being at this reputable place is to make sure we’re diverse,” he said. “If we can do that together, the culture will change throughout the entire industry.”

To contact the author of this story:
Brandon Kochkodin in New York at [email protected]