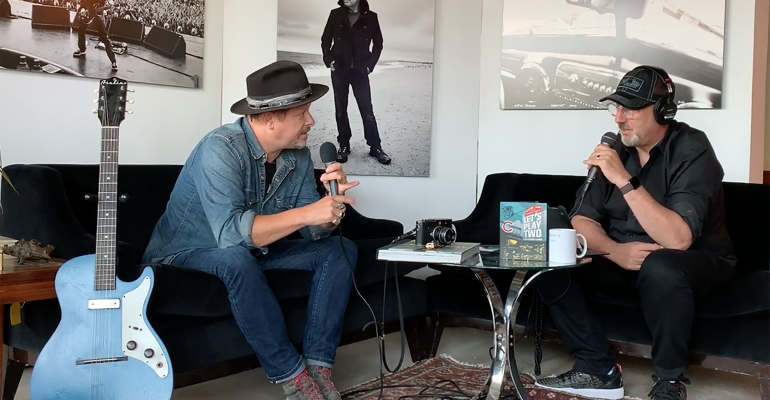 It’s early October and financial advisor Mitch Slater is seated across the table from Dave Wish, a former schoolteacher from New Jersey who founded the nonprofit organization Little Kids Rock. They are in a makeshift recording studio tucked into an office at the back of the ground floor of UBS headquarters on Avenue of the Americas in Manhattan.

The goal of Little Kids Rock is to create programs that teach kids to play music, but in a way they actually enjoy. The rote, tedious and boring methods that most music lessons use actually turn off so many young kids, they stop playing. “We are all musical,” Wish said. As if on cue, Wish pulled out a ukulele and expertly strummed the Beatles’ classic “Here Comes the Sun.” Slater breaks out into a wide grin.

There is a lesson there for financial advisors: Turning something dry and boring into a lively interaction that keeps people interested. Yes, this is the headquarters of UBS, the buttoned-down, starch-collared Zurich-based bank and home to UBS Wealth Management USA, brokers and financial advisors known mostly for providing white-glove investment advice to high-net-worth individuals and families. Slater is, in his own way, changing that image.

Drawing on his previous career in radio and television, Slater is pioneering UBS’ take on the latest craze, podcasting, with his own weekly show, Financially Speaking, where he interviews guests on a wide range of topics, including food, entrepreneurship and, his first love, music. Few of the shows have to do with money or investing. Even fewer turn the spotlight on UBS’ own executives.

For Slater, podcasting is “the single best form of prospecting I’ve done in 20 years. It has been successful, and I think that next year, after doing 40 episodes this year, I will start seeing more benefits of the fruits of my labor,” he says.

Producing a podcast is increasingly ubiquitous among many independent registered investment advisors, particularly younger advisors active on social media who see the 'casts as a way to build their brand and, hopefully, lure potential clients. But it's not yet as common among advisors employed by the larger brokerages. There is a fear of regulatory headaches, an unfamiliarity with the platform and, perhaps, lingering in the background, a doubt: "Do I even have anything to say?"

It isn't for everyone, Slater cautions. “I’m not a terrific writer and wouldn’t be a terrific blogger, but being on the air is natural to me.” 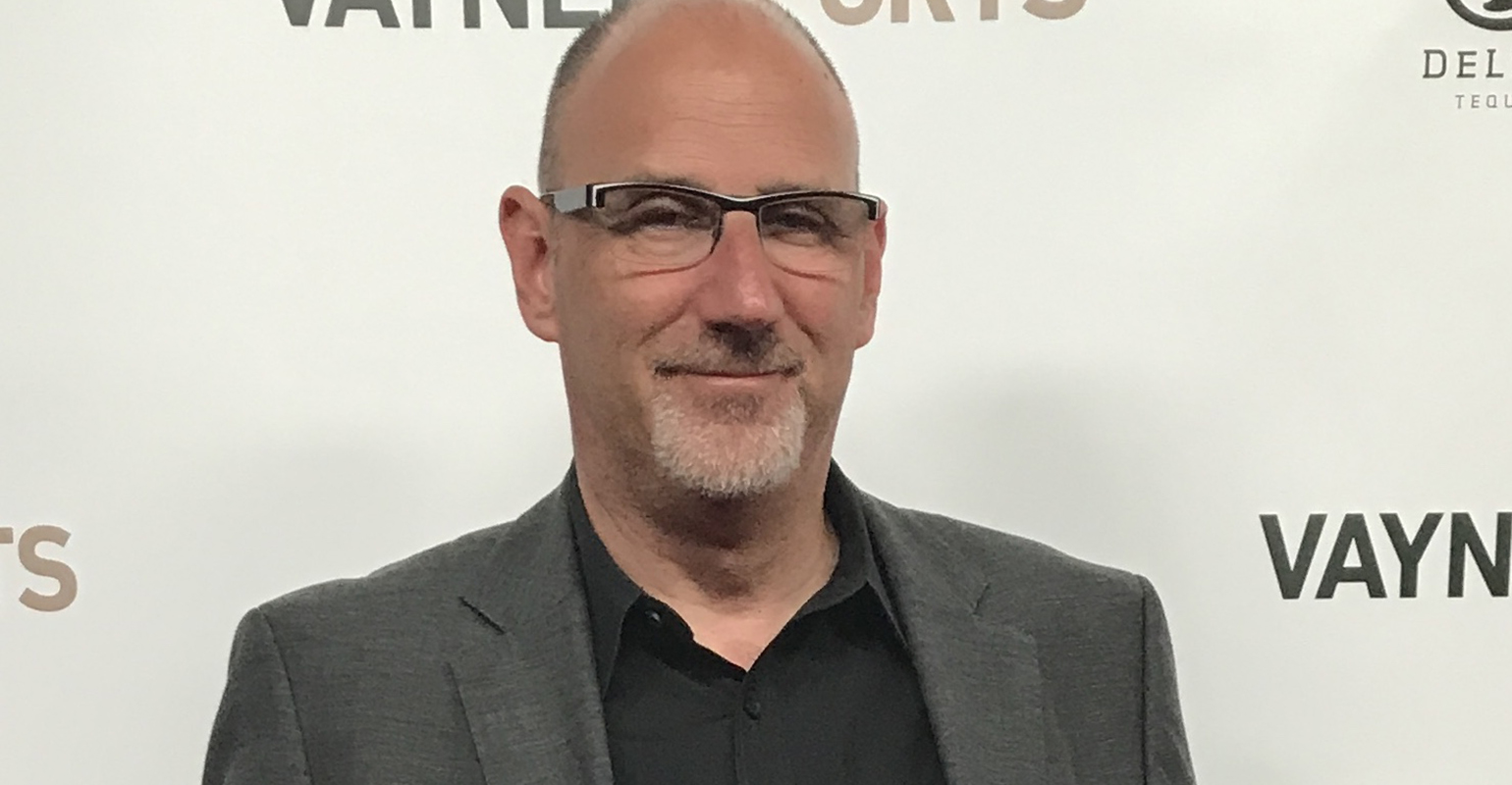 Having that affinity is crucial, given that it's becoming harder to stand out in the crowd. There are now some 700,000 podcasts out in the world, with some 30 million episodes, and the vast majority don't crack over 500 downloads, according to podcast hosting platform Libsyn—in fact, eight out of 10 new entrants don't last past the first 10 episodes. And the launches are accelerating. According to hosting service Blubrry, there are almost 3,000 new podcasts launched every month.

But for Slater, podcasting is an extension of his long, pre-UBS career in radio, and one of the many ways advisors can reach new clients in the social media age, he says. “You have to find a new way to meet people if you want to survive.”

Slater grew up in New Jersey with a love of music inherited from his older brother Jeff. He started piano lessons at the age of 6, but his teacher bored him with soft rock James Taylor tunes. “I was into Jethro Tull and Zeppelin and Frank Zappa,” he remembers.

When he was 17, Bruce Springsteen was playing the Capital Centre in Landover, Md., on the Darkness on the Edge of Town tour and Mitch’s life was forever changed. “Three songs into the show—'Spirit in the Night' was the song—and I was hooked. It was like a Grateful Dead moment,” he remembers. He has since seen Springsteen over 300 times.

His passion for music led him to join George Washington University’s WRGW radio station as program director during a time when college radio stations were the avant-garde for music in America. “We like to claim that we discovered The Clash,” he said. “We were playing London Calling before every major radio station.”

In college he was an intern at underground rock station DC101 when in walked a tall, lanky new disc jockey from Detroit named Howard Stern. Slater went on to work for radio personalities Charlie Rose and Larry King, bouncing around professionally over the next 10 years between stations in Los Angeles, New York, Philadelphia and Washington.

The lessons learned from watching King, in particular, were valuable to his current career, he said. “I was so fortunate to watch him every night. He would ask questions of celebrities and authors that someone would actually want to know.” King's best quality is that he listens, Slater says. “Whether you’re in media or in my career, you don’t have to be the smartest person in the room, but you have to be listening to the smartest person in the room.”

But a peripatetic life in radio production can be complicated, and so when his wife, Leslie Dickstein, got a journalism gig in New York in the summer of 1987, Slater's father, Jack, sat him down and broached the idea of changing to a more stable career as a financial advisor. Jack Slater had worked for a record label and a jukebox company, but at the age of 50, when business wasn’t going so well, his own advisor at Merrill Lynch, Pat Kenny, convinced him to go to work for the Thundering Herd. Now the senior Slater was giving his son the same opportunity.

“I thought this was the craziest idea I ever heard, but I sat down with Pat Kenny at his office in Newark, and he did one of the great sales jobs of all time,” Slater remembers.

His first day on the job was Oct. 17, 1987—the day the stock market crashed. “It turned out to be a good day to start. I didn’t have any clients, but I listened to people I respected.” His closest advisor was his father, who counseled him to tell the firm's clients not to sell but stay the course, as markets always rebound.

At Merrill, he hosted a financial radio show for four years, interviewing the likes of Peter Lynch and Al Gore. He did satellite TV media tours for Merrill on estate planning. He would appear on New Jersey radio station NJ12 and had a weekend show called “It’s Your Money.” While talking to his kids at the dining room table one night he realized that they knew next to nothing about financial matters.

“I grew up in a generation where it was easier in most households to talk about sex than it was about money. I had a “Father Knows Best” experience where Mom would be vacuuming in pearls and father would sit back in an easy chair in slippers,” he laments. So he got together with former New Jersey Gov. Jon Corzine and media pal Neale Godfrey and started a financial literacy course that is now mandated in every New Jersey school.

It was his client, Gary Vaynerchuk, the entrepreneur, author and marketing guru, who pushed him to turn to podcasting, and helped him see the value of authenticity in the medium. On Vaynerchuk’s advice he did his first podcast. The topic? His idol, Bruce Springsteen.

Then UBS asked him to do a pilot program last year for a branded podcast, only tangentially connected to investment advice, if at all. His guest list so far spans the gamut: entrepreneurs in the food industry, authors and at least one rock photographer. He's interviewed Larry King, and even did a show with his mom. 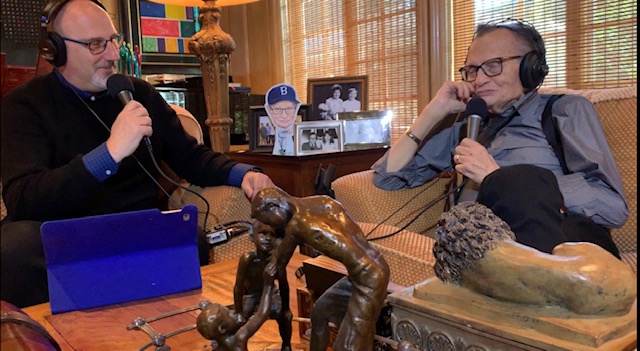 “It connects me in a variety of different ways," he says. And yes, he's gained business. “I was interviewing an entrepreneur. This person talked about their 401(k) plan and she said, ‘Hey, do you do this?’”

As is probably obvious, Slater wasn’t a finance major. “Fifty percent of the people I know that are some of the best financial advisors were not finance majors, because you can learn about the technical side of economics, which might make you better at understanding graphs, but understanding people is the key to this business.”

What are his tips for other advisors looking to get into podcasting? "Interview your wife, anyone, for practice. Listen to someone who you trust who can give you criticism," he says.

And talk about what interests you, with people who interest you. Don't try to fake it. As for topics on his show, it has been all over the map, from music to nutrition to the psychology of work. "The show is not about investing nor do I want it to be about investing," he says. "I think it's improper to give investment advice without knowing someone's history. But it has to be of interest to a wide variety of people."

He recommends recording the podcasts in person. "I don't want to do phoners," he admits. "I like to meet people face to face, and I do that in my business. I hated cold calling. It was very impersonal. I like to market my team up close and personal, mostly because people work with people that they like. There has to be likeability. You can date online all you want, but it is not going to make any difference unless you meet in person."

Trying too hard to "market yourself" has the opposite effect. Channeling advice from Vaynerchuk, Slater said it's important to put yourself and your own interests out into the world, be useful, show your value and what purpose you serve. If an audience wants to find you, they will find you.

“No matter who I interview there is a story to be told and with every story there is a lesson," Slater said. "We learn more from human interaction than we do with that little device that we carry around every day. Ultimately it’s like I’m sitting in a room with them just like sitting with a client at a table asking questions about nonprofits, about careers; a lot of that is something I do every single day. To really get to know the person that I’m going to help, I have to know every aspect of their life, and at the end of the day it’s all about trust.”