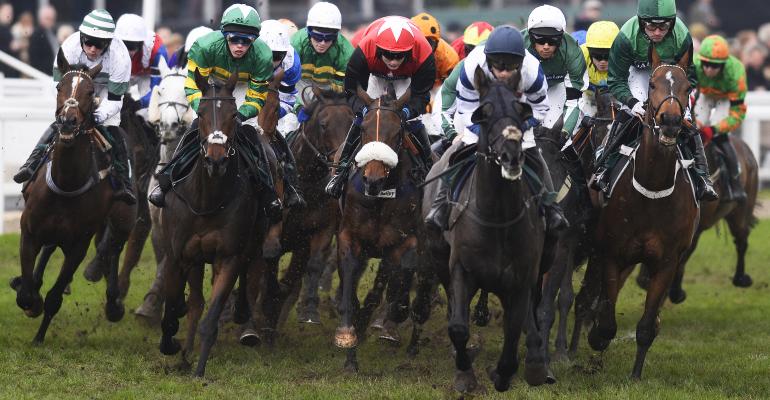 As a pre-teen watching Jockey Club horse races, Alex Wong learned that it all came down to the pricing.

(Bloomberg) -- When top Hong Kong investor Alex Wong scours financial data looking for promising returns, he draws on a long history of judging probabilities. As a pre-teen watching Jockey Club horse races, he learned that it all came down to the pricing.

"At first of course you want to win, and you bet for the horse that is most likely to win -- but gradually you would know that’s not the way to play," said Wong, now 48. "You have to find the odds which are more favorable to you.”

Finding the valuations that work has panned out well for Wong at Ample Capital Ltd., a small fund-management firm that taps mostly local Hong Kong clients. The asset-management director’s global fund has beaten 99 percent of peers over five years, and 91 percent over the past three, according to data compiled by Bloomberg drawn from more than 1,700 funds.

Wong, who’s known for a devotion to his four cats that led him to put their images on custom umbrellas, is looking to something far more prosaic in 2017. He’s now keeping close tabs on the U.S. long bond, reckoning that any shift away from the market’s current focus on Donald Trump-induced reflation will appear first in 30-year Treasury yields, given their sensitivity to the outlook for growth and inflation. He said in an interview last month that U.S. financial shares look attractive, he remains confident in American technology stocks, and he’s up on Russia’s ruble, down on the euro.

The key risk in markets this year will be whether President-elect Trump executes the campaign promises that have helped push up the dollar and U.S. stocks since his unexpected victory, Wong says. While it’s yet to be seen how Trump’s fiscal-stimulus plans will pan out in Congress after he takes office Jan. 20, Wong signals optimism.

“We think the U.S. dollar will remain strong and we are still playing the reflation story,’’ said Wong. “In the meantime, emerging markets would still be under pressure and underperform, because U.S. interest rates would rise and the dollar will still be strong.’’

Ample Capital’s Leverage Partners Absolute Return Fund has increased exposure to U.S. equities over the last few years, with Facebook Inc. one of the major contributors to its performance. Shares of the technology giant have more than quadrupled since mid-2013, but the recent retreat in the sector has been a drag on the fund. Holdings of Chinese property stocks have also hurt the performance in recent months.

The fund, which trades global equities, currencies and derivatives and doesn’t benchmark against any specific index, has returned an annualized 7.3 percent including dividends over the past three years, and 5.4 percent for 2016 through November. It currently has about $90 million of holdings in equities -- with about $8 million of that bought on margin -- and about $40 million in currencies, including those traded on margin using equities as collateral.

Wong says he opted not to pursue further education after getting his bachelor’s degree in social sciences from Hong Kong University out of a belief in street smarts being more valuable than academic credentials. He started off as a technical analyst at a local advisory firm, then moved into research. After concentrating for a time on Hong Kong small caps, he ventured into asset management.

His current top picks include:

Goldman Sachs Group Inc., the latest major addition among his overseas stocks. The rationale: the bank is leading in financial-technology development and set to benefit from artificial intelligence and reduced human-resource needs. Viewed as a fintech firm, its valuations aren’t expensive, Wong says. Moody’s Corp. and other ratings companies will profit from the automation of bond trading, which will draw in wider participation, he reckons. Chinese consumer stocks. Trump’s China-bashing boosts the incentive for the country’s leaders to speed up reforms that strengthen the role of domestic demand and encourage spending. Russia’s ruble will be a beneficiary of improved Russo-American ties under Trump, Wong judges. While Russian stocks don’t look appealing, the currency offers a high yield and a better way to get exposure, he says. By contrast, Wong thinks the euro is set to be a loser due to political uncertainty and higher U.S. rates.

The street-smarts fan has had his knocks over the years, and the Asian financial crisis sensitized him to be on the lookout for early signs of shifts in sentiment. While working for a securities firm in 1997, he saw his personal investments get wiped out in one day, after neglecting strains emanating from Thailand that foretold the impending regional crisis.

Wong took a more recent knock in 2014, when he saw his fund fare poorly against peers after betting too early against Hong Kong-listed banks and resources stocks, forcing him to buy the shares back at a loss. He casts such setbacks as all part of becoming a better investor, drawing on his adolescent lessons at the race-track.

"To be a good horse-betting person you have to go through a lot of losing experience," said Wong, who prizes the memory of a $4,000 haul he took from a single race as a teen. "This is very similar in the stock market, because you have to accept a lot of defeat to win back."