/sites/all/themes/penton_subtheme_wealthmanagement/images/logos/footer.png
Recent
Recent
Crypto Nomads Move Back to Big Cities Like London, NYC in Bear Market
Aug 16, 2022
The Rise of the One-Day Workweek for Office Commuters
Aug 16, 2022
How Firms Are Finding and Keeping Employees
Aug 16, 2022
Want to Scale Your Firm? Pass This Top 10 Checklist First
Aug 16, 2022
Featured
The 10 Best and 10 Worst States in Which to Retire in 2021
Jul 15, 2021
Poll: 15 Classic Books on Investing and the Markets
Apr 03, 2020
Fifteen Must-Listen Business Podcasts for Advisors
Aug 14, 2020
Celebrity Estates: Jay Leno and Planning for Classic Car Collections
Feb 22, 2022
The Daily Brief
brought to you by 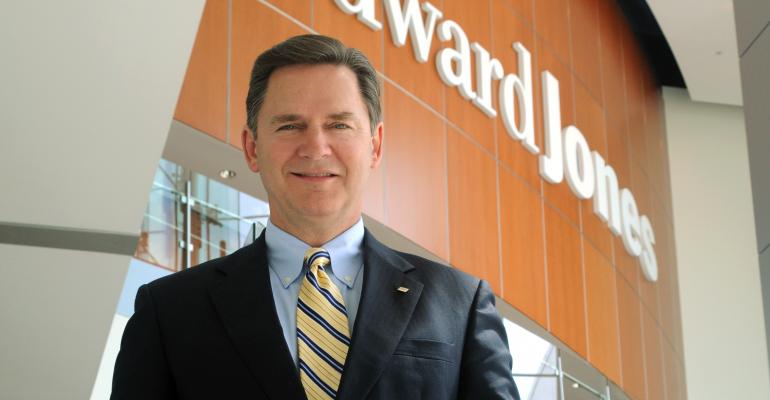 Last week, The St. Louis Business Journal published a list of the 100 highest-compensated executives in that city, including the CEOs of Monsanto, Centene and the Reinsurance Group of America. But the top five spots on the list were all executives at Edward Jones Investments, with CEO Jim Weddle sitting in the No. 1 spot with $11.2 million in annual compensation, followed by CFO Kevin Bastien at $10.04 million. Edward Jones is a partnership, not a publicly traded company, and the publication included partnership distributions in their calculations. As such, general partner Norman Eaker is the third-highest-compensated executive in St. Louis at $9.88 million, Daniel Timm is fourth at $9.57 million and James Tricario fifth, with $9.14 million. All told, the 100 executives had a combined 2016 total compensation of $223.2 million, a 9.9 percent decrease compared with 2015. 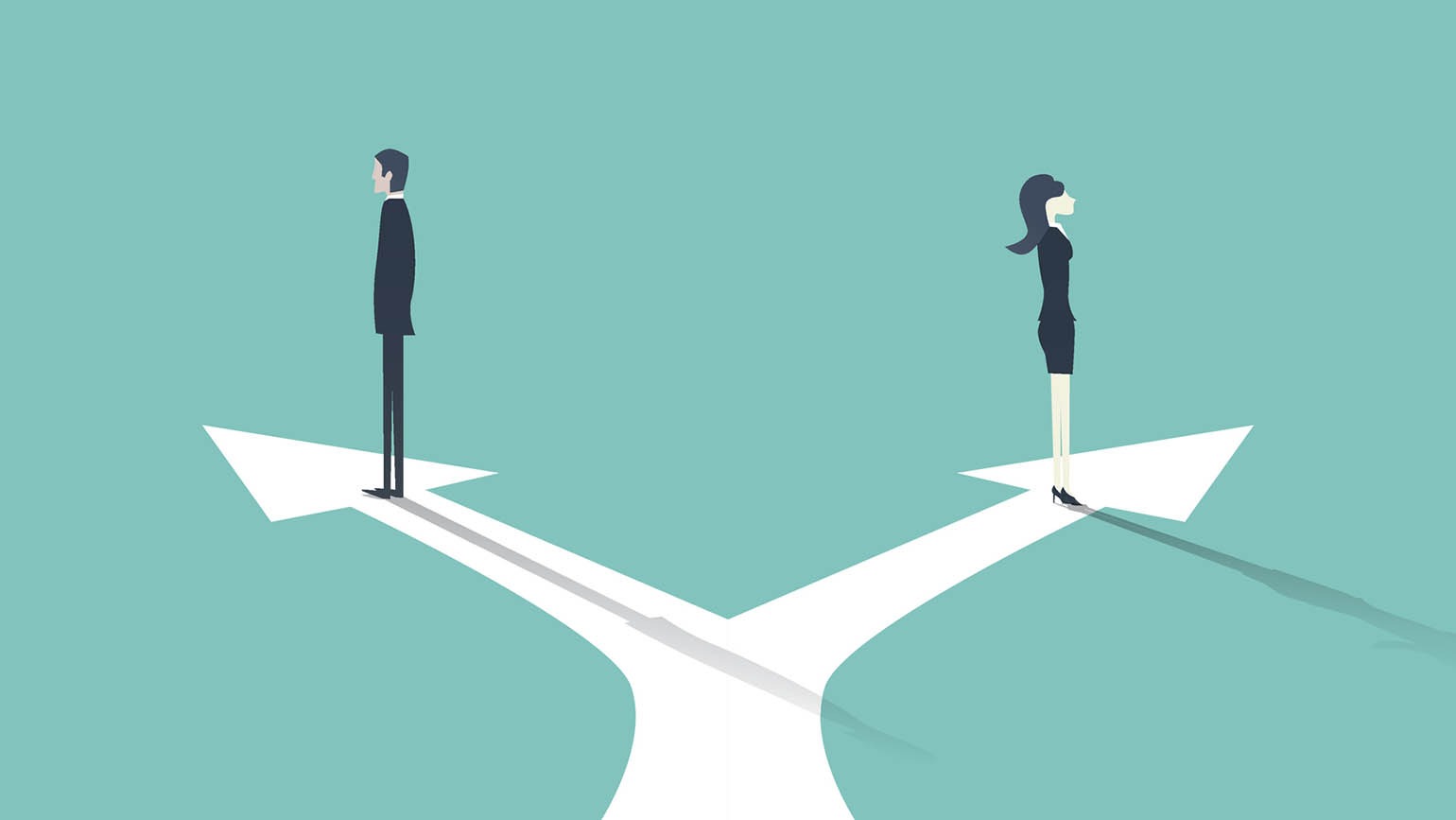 Women’s investment returns have outperformed men’s (on a risk-adjusted basis) in the current high-growth, high-volatility market climate, according to a new report from the Wells Fargo Investment Institute. Tracie McMillion, the report’s author and head of global asset allocation strategy at the Institute, attributed the higher returns to women demonstrating more patience with trades, more discipline with adhering to a financial plan, and a greater willingness to work with and learn from a professional. Still, women as a group tend to exhibit less confidence about investing. “What we found most interesting is that women have more experience with money and finance than they give themselves credit for having,” McMillion said. “It’s important for women to become more confident investors because they earn less than men and have longer lifespans, so their assets need to last longer.”

The Highest-Paid Athletes of 2017 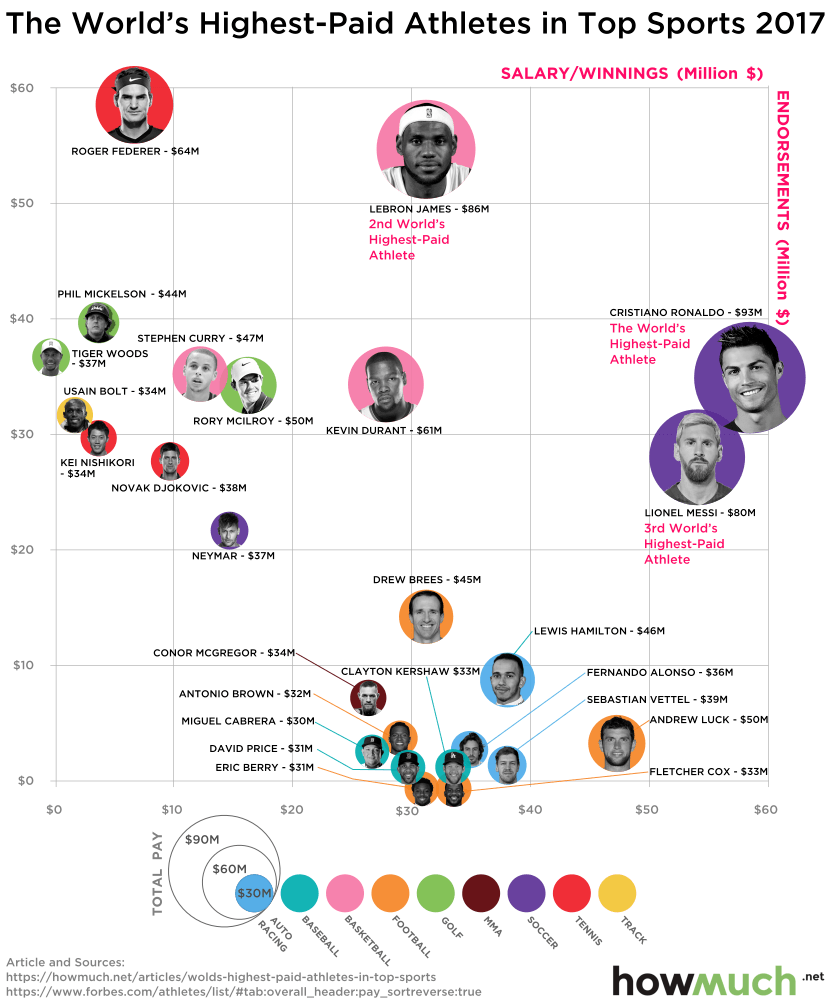 Today’s athletes constantly break records as well as our conception of human ability. With such prowess has come rapid growth in spectatorship, and sponsorship. Howmuch.net recently released a graph of the highest-paid athletes in all of sports, based on figures from Forbes, which shows earnings as a combination of salary and endorsements. Two of the three highest paid came from soccer, with Portuguese player Cristiano Ronaldo on top with $93 million and Lionel Messi third with $80 million. 32-year-old Ronaldo made $58 million in salary and winnings and $35 million from endorsements. Certain sports, like baseball and mixed martial arts, provide less fortune from endorsements than others. Sixty-three of the top 100 athletes are American, and though few firms disclose the identities of their clientele, various financial advisors across the country specifically target such high-profile clients: Paul Wachter, Geier Financial Group, HSW Advisors in New York, and Sports Financial Advisors Association, for example, all boast high-earning athletes among their clientele.