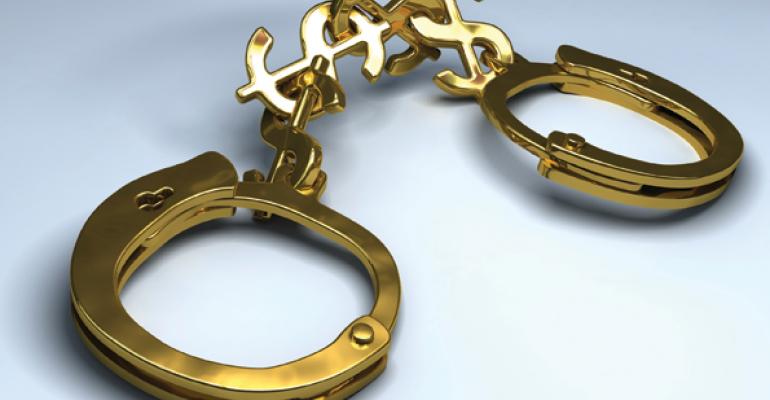 (Bloomberg) --A Pound Ridge man who claimed to be a hedge fund manager admitted to ripping off friends, family and acquaintances, many of whom live in the area of his wealthy New York suburb, with risky options trades and using their money to cover his expenses.

Michael Scronic pleaded guilty to securities fraud Thursday. U.S. prosecutors said Scronic, who graduated from John Jay High School in nearby Cross River and spent most of his life in the area, defrauded at least 45 people, possibly even his mother.

Scronic claimed to run the Scronic Macro Fund from his home for seven years and delivering double-digit returns, according to prosecutors. The U.S. Securities and Exchange Commission called it a “fictitious hedge fund.”

His investors put up more than $24.5 million in amounts ranging from $23,000 to $2.4 million -- money that ended up in Scronic’s personal brokerage account and most of which vanished on his risky options bets.

“Despite the fact that the fund was continuously losing money, I told my investors it was making money,” Scronic told U.S. District Judge Cathy Seibel at a hearing in White Plains. “I knew this was a crime.”

Scronic also dipped into the investors’ funds for personal expenses -- about $500,000 a year, the government said. That included $12,275 a month to rent his Pound Ridge home, mortgage payments on a vacation house in Stratton, Vermont, fees for his beach club and country club, and credit card charges, according to the government.

Scronic, 46, is free on bail. He’s scheduled to be sentenced on July 29. Under his plea agreement he will forfeit $22 million. His lawyer, Susanne Brody, declined to comment after the hearing.

The Pound Ridge house, protected by a gate and security system, has a pool and tennis court and is set back from the few neighbors in the area. Scronic moved out in December, in favor of the relative anonymity and reduced cost of a Manhattan apartment.

Scronic was arrested Oct. 5 and charged with securities fraud and wire fraud. Within weeks his wife Ashley, who was a co-signer on his $500,000 bond, filed for divorce. She was later removed as a co-signer. The maximum sentence for securities fraud is 20 years, although Scronic is likely to get less than that.

With 5,104 residents, Pound Ridge, about 47 miles (75 kilometers) northeast of New York City, is home to celebrities and money managers. Almost half the households had annual incomes exceeding $200,000, according to the 2010 Census.

After graduating from John Jay, Scronic received a bachelor’s degree from Stanford University and a master’s from the University of Chicago. He worked for Morgan Stanley from August 1998 to October 2005, according to the SEC, which is suing him over the alleged fraud.

Scronic began scamming clients from day one, according to prosecutors. Beginning in April 2010, he reported positive returns in every quarter but one, though he actually lost money in every quarter except the first, the U.S. said. The scheme collapsed when at least four investors tried to redeem $1.5 million beginning in June, they said.

“Scronic made a variety of misleading excuses” to an investor, the SEC alleged. After claiming it would take two weeks to process a redemption request, he ignored follow-up emails and then said his email had changed, the agency said.