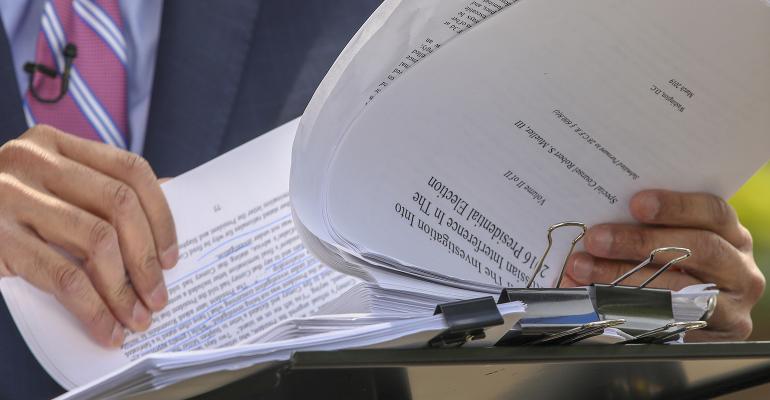 Three of the 171 individuals listed in the report’s glossary who received substantive coverage from Mueller have backgrounds in investment management in the United States.

Smith served as an investment manager at DigaComm, LLC from 1997 to 2014. From there he became chairman emeritus of Corporate Venture Alliances, LLC, a principal investment firm.

Smith is named in Mueller’s report for his “attempt to locate and obtain the deleted Clinton emails.” The report says that Smith “raised tens of thousands of dollars, and recruited security experts and business associates” as part of his effort to find and authenticate emails from Clinton. Smith committed suicide in May 2017.

Robert (Bob) Foresman is currently vice chairman of the investment arm of UBS Securities LLC. He previously served as head of Barclays in Russia.

In the report, Mueller describes Foresman as an “investment banker who sought meetings with the Trump campaign in spring 2016 to discuss Russian foreign policy.” According to the report, Foresman reached out to Donald Trump’s executive assistant, Rhona Graff, in 2016 to see if Trump could speak at an economic forum in St. Petersburg, Russia. The report also says Foresman claimed to have previously set up a “private channel” between Russian President Vladimir Putin and former U.S. President George W. Bush.

According to Mueller’s report, Gerson worked with Kirill Dmitriev, head of the Russian Direct Investment Fund, on a “proposal for reconciliation between the United States and Russia” during the presidential transition period. Mueller said Gerson provided this proposal to Trump’s son-in-law, Jared Kushner, before the inauguration, and Kushner later gave copies to Chief Strategist Steve Bannon and Secretary of State Rex Tillerson.