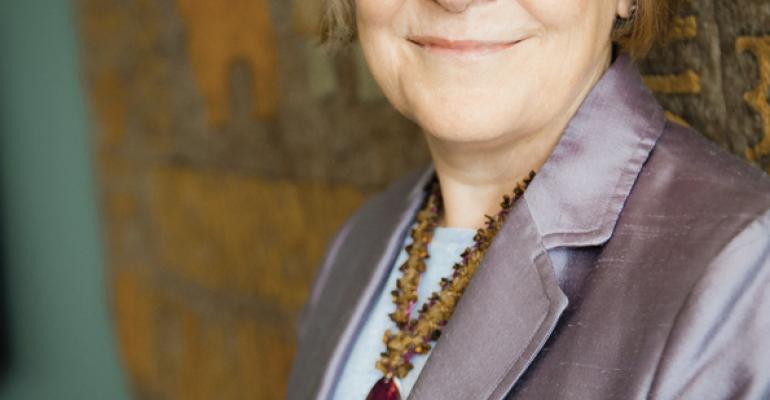 IN a small village a half an hour off the main road in Nepal is where Margaret Graff came face to face with the horror stories. Young women told her of being taken from their families and forced to work for pennies in brothels and circuses in India.

Two young children were sold to circus owners in India for 50 cents a month; they told Graff how they would have to bite down on ropes and be pulled up by their teeth to the high wire and then told to walk across. “It either worked or it didn’t,” Graff says. “One of the characteristics of modern day slavery is that the supply is so ample, you don’t really care if they die.”

Graff was there because her foundation, Mundito, supports Free the Slaves, an international organization dedicated to ending modern day slavery. Mundito has given about $85,000 to the group, about one-third of its funding for the Nepal programs. Free the Slaves estimates there are 27 million people working as indentured servants today, including those in brothels, factories, farms and in private homes. Their mission: change the economic incentives that make slavery possible. “You don’t buy them their freedom,” says Graff. “If you do that, you simply give the owners a new source of revenue.”

Graff formed Mundito (Spanish for ‘little world’) in 2007 as a foundation and rallying point for her friends to become involved and amplify the effectiveness of their individual donations. Once the core group decides on a particular cause, she and her colleagues work their connections to rally support. They send out letters to a select circle of about 80 friends and bring folks together at social events. Their motto: “A flash-mob with deep pockets.” For every dollar a contributor gives to Mundito, Graff and her husband match it. No one is paid a salary and expenses are extremely low. The group has raised some $220,000 for over a dozen projects since 2007, among them assisting returning war veterans and their families and building childhood enrichment programs for homeless shelters in Atlanta.

All this plays to Graff’s strengths. She was a former physics professor at Georgia Tech. “I was miserable.” She had a passion for financial planning, and was an Ameriprise client before joining the firm. She built a client base by approaching former colleagues.

In many ways, the Mundito model is perfect for financial advisors. Naturally outgoing with relationships across different community groups, they are natural connectors. “I’m not interested in hiring a lot of advisors and being a CEO,” she says. “I want to spend my days working with clients.” The same thinking drives her foundation: “We operate on a small scale, but large in impact.”