/sites/all/themes/penton_subtheme_wealthmanagement/images/logos/footer.png
Recent
Recent
Seven Tips to Help Financial Advisor Firms Protect their Customer Lists
May 20, 2022
Nine Must Reads for the CRE Industry Today (May 20, 2022)
May 19, 2022
Dondero’s NexPoint Targets More Than $1 Billion for New Wager on Single-Family Rentals
May 19, 2022
SEC Judges’ Constitutional Cloud Darkens After Appeal Ruling
May 19, 2022
Featured
The 10 Best and 10 Worst States in Which to Retire in 2021
Jul 15, 2021
Poll: 15 Classic Books on Investing and the Markets
Apr 03, 2020
Fifteen Must-Listen Business Podcasts for Advisors
Aug 14, 2020
Celebrity Estates: Jay Leno and Planning for Classic Car Collections
Feb 22, 2022
Ten to Watch
brought to you by 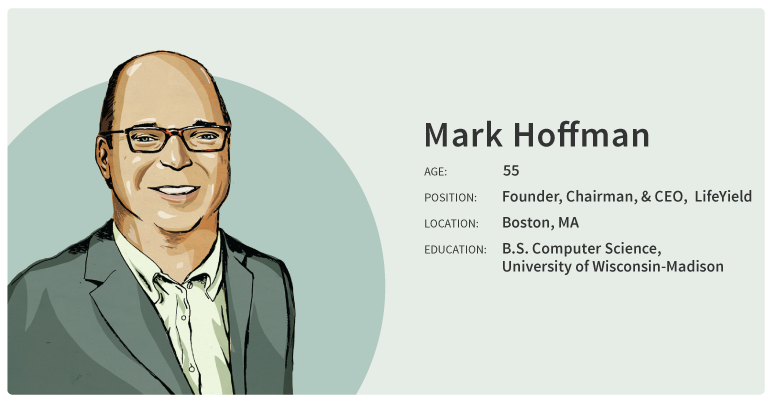 The idea for Mark Hoffman’s latest fintech venture was born out of a discussion between his longtime business partner, Paul Samuelson, and Samuelson’s father, the economist and Nobel laureate Paul A. Samuelson.

The two discussed how the investment advisory industry focuses on asset accumulation and allocation as the primary drivers of investor outcomes, but misses opportunities to enhance those outcomes by considering the tax implications of the portfolio, which can have a far more profound effect. Managing capital gains and properly coordinating between taxable and tax-advantaged accounts, particularly during the “decumulation” phase in retirement, is a largely untapped way to create alpha.

For example, an investor’s overall portfolio might be better served if the high-yield corporate bond portion were allocated to tax-deferred accounts, while municipal bonds might be better off in taxable accounts. According to a research report by Ernst & Young: “Intelligent asset-management and distribution methodologies can increase income in retirement by up to 33 percent, and the remaining assets to pass on as a bequest by up to 45 percent.”

“The problem looked interesting, and no one had automated it,” Hoffman says. “Particularly for the mass affluent, who need it the most.” So Hoffman and Samuelson brought algorithms to bear on the problem and founded LifeYield in 2008. The tool analyzes a client’s entire portfolio and makes recommendations as to what investments belong where, the best tax strategies for draw-down in retirement, and when to take Social Security.

“If you want to improve outcomes, you can lower costs—that’s one way to do it. Vanguard has won that game,” says Jack Sharry, executive vice president for product development at LifeYield. “The last frontier is the tax frontier. How do you manage multiple accounts in a tax-smart way? That’s another way to gain alpha.”

So far, Hoffman has moved into the enterprise market; two of the big four wirehouses are clients, and he expects the other two to come onboard soon. But this year they are building out their direct-to-advisor channel. “They want to control the user experience. So we’ve evolved our technology. It’s much lighter-weight. We are a managed service in the cloud.”

Hoffman has been disrupting financial services for some time: a University of Wisconsin–Madison computer science graduate, he sold his first firm, Lattice Trading, which automated securities trading, to State Street Brokerage Services in 1996. He and Samuelson then founded Upstream Technologies, an early player in automating asset management, before selling to what is now FiServ in 2007.

“You want the automation to be there, and the transparency,” he says. “But clients still need to have their hands held. Will they have enough to retire? To take money out for their grandkids? Technology will help make those conversations more valid and easier to have. But advisors will be around for  a lot longer than you or I will be in the industry.”