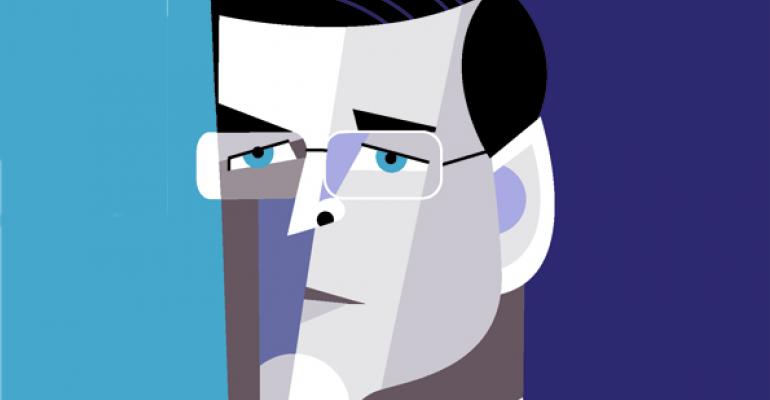 Assets in ETF managed portfolios (separately managed accounts with over half of their assets in ETFs) have been growing rapidly, up 60 percent last year. In the first quarter of 2013, assets jumped 12 percent to $73 billion. ETF Managed Portfolio Strategist Andrew Gogerty doesn’t expect the growth to let up anytime soon.

Windhaven Investment Management (now owned by Schwab) is the largest player in the space, so far. But Howard Present’s F-Squared is an up and coming powerhouse. The F-Squared AlphaSector Premium Index, the firm’s flagship strategy, is the second largest ETF managed portfolio in Morningstar’s universe, with $6.95 billion in assets as of March. The strategy recently outperformed Windhaven’s largest portfolio, with a one-year return of 18.54 percent, compared to 8.45 percent for Windhaven’s Diversified Growth.

In contrast to mutual funds and ETFs, Present’s strategies are not benchmark-centric. Instead, portfolio managers get in and out of the markets depending on the environment.

“We manage betas,” Present says. “The beauty of ETFs is they’re extraordinarily efficient, easy and inexpensive to trade. So if we don’t like tech, we sell an ETF. If we like tech, we buy an ETF.”

“Then people understood we’re not a bear market product; we were a full-market product,” Present says. “We can participate up and still protect down. That was the trigger for us to really take off.”

He admits that their strategies may underperform in exceptionally strong up markets. In a bull market, for example, they’ll capture 85 percent of the upside, but only 15 percent of the downside in a bear market.

Present believes his biggest challenge is managing the firm’s growth as they bring on 40 new employees by the end of this year and are averaging $700 million in net new flows per month.

But perhaps the biggest hurdle is catching up to Windhaven, the 800-pound gorilla in the space. At the rate they’re growing, Present expects the firm to reach $20 billion by the end of this year and surpass Windhaven by the end of next year. What’s his advantage? Windhaven is locked into one distribution channel—Schwab—whereas Present can sell to anyone.