/sites/all/themes/penton_subtheme_wealthmanagement/images/logos/footer.png
Recent
Recent
How an Online Marketplace Tackles the Problem of Illiquidity in Private Real Estate Investments
Aug 19, 2022
11 Must Reads for the CRE Industry Today (Aug. 19, 2022)
Aug 18, 2022
Retailers Suffer from Inventory Bloat as US Consumers End Two-Year Spree
Aug 18, 2022
Reverence Takes Stake in Hybrid SEIA, As Firm Leaps Into M&A
Aug 17, 2022
Featured
The 10 Best and 10 Worst States in Which to Retire in 2021
Jul 15, 2021
Poll: 15 Classic Books on Investing and the Markets
Apr 03, 2020
Fifteen Must-Listen Business Podcasts for Advisors
Aug 14, 2020
Celebrity Estates: Jay Leno and Planning for Classic Car Collections
Feb 22, 2022
Ten to Watch
brought to you by 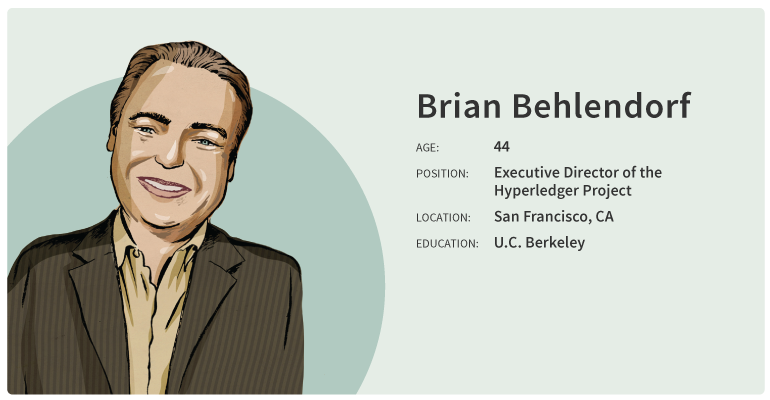 With the value of bitcoin surging to over $4,000, the cryptocurrency is getting more attention in the financial services industry. Fidelity Investments clients can now view bitcoin holdings on the Fidelity website.

But what has financial services firms much more excited is the “distributed ledger” technology—called blockchain—that makes bitcoin possible. Bitcoin is an interesting idea, but blockchain will dramatically change how financial assets are exchanged and reported.

To understand the scope, consider that most major financial services firms, including Wells Fargo, J.P. Morgan, BNY Mellon (Pershing’s parent company) and State Street are working on plans to adopt the system—if they can standardize it. The person trying to bring them together is Brian Behlendorf, the executive director of The Hyperledger Project, a consortium of over 150 firms.

Any technology company that serves financial intermediaries will be watching his work closely—for advisors, it could alter the nature of the technology they currently use, even reducing the number of components in the “tech stack,” possibly eliminating reporting errors and allowing real-time account sharing with clients. “There’s really not a sector of the financial market that isn’t playing with the technology,” he said. “If they ignore it, they could realize their customers don’t need them anymore.”

And it’s not all theoretical, far-in-the-future stuff: Behlendorf said the application generating the most interest within the financial industry is Fabric, a blockchain for sharing confidential information, delivering transactions consistently to peers in the network, tracking transactions and settlement data and storing it on a common system of record. The first ready-to-use version of Fabric went live in July.

“[Financial institutions] operate in highly regulated environments where sharing information technology is not in their nature,” he said. While some firms simply contribute monetarily, he encourages them to recognize the benefit of not having to reconcile transaction records with other firms. “The more a company needs the code, the more they realize the value from it, the more they are willing to help with bug fixes and to feed the developments back upstream to the global collaboration.”

After dropping out of U.C. Berkeley in the early 1990s, Behlendorf worked on Wired magazine’s website—one of the first for-profit media organizations to go online. In the process, he was one of the developers of Apache, the popular web-server software that continues to power much of the Internet. He’s been on the board of Mozilla Foundation and worked as a technology advisor to the 2008 Obama campaign. Before Hyperledger, he was the chief technology officer for the World Economic Forum and a venture capitalist in San Francisco.

Like most of Behlendorf’s career, Hyperledger is an open-source project, meaning no one entity owns it. As executive director, Behlendorf says a lot of his job is helping companies realize the value in getting engaged, which can be challenging for companies accustomed to having proprietary ownership over their technology.

“The needs are simple—tracking and verification of digital assets,” he said. “Think about how to address issues in the industry that are systemic and larger than one company. Nothing is holding organizations back.”