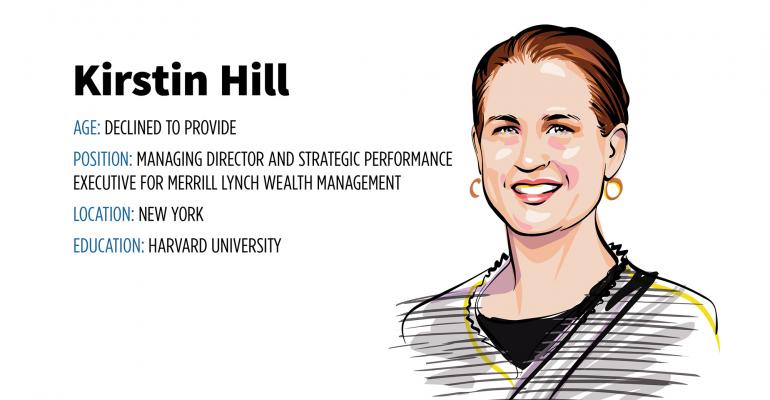 Wirehouses, perhaps more than other players in the wealth management space, have struggled to recruit young talent. First, credit the perception—true or not—that being an advisor at one of the big Wall Street firms is largely about cold calling prospects and reading scripts. Then, force recruits through a multi-year training program that will succeed in graduating about one-third of them industry-wide, according to Cerulli Associates. Not an inviting career path for bright young professionals more easily wooed to technology companies.

For years, these firms grew instead by poaching top talent from other wirehouse firms and hoping the clients followed. That worked as long as markets continued to move upward and large recruiting bonuses could be deployed. But as the signing bonuses rose, so did the average age of advisors, and executives realized a long-term problem: Without young recruits coming in, who would be left when older advisors retired?

At Bank of America’s Merrill Lynch Wealth Management, head Andy Sieg recently put his faith in Kirstin Hill to help solve this problem. She oversees growth and planning for the advisor market, including compensation strategies and advisor development, and that includes new recruit training and tracking their productivity.

The change to how Merrill Lynch develops talent is worth watching.

The training program, which used to depend on branches to groom recruits, has been centralized. Starting salaries for trainees have been upped by $10,000 annually to an average of $65,000, and through the third quarter, Merrill Lynch has added 1,700 trainees for the year, about 100 more than it normally does. The firm has over 3,000 trainees in its 43-month training program currently.

But that comes as Sieg is pulling back on recruiting seasoned advisors, and letting others ease out through natural attrition: Merrill Lynch has 17,657 advisors as of Sept. 30, just 1.1% more than last year at the same time. The idea is to push recruits and current advisors to be more productive, not to simply grow the headcount, observers say.

So instead of putting new advisors through the paces of raising assets (though there is still some of that) they are put into teams and taught wealth management, a goals-based approach to holistic financial planning, the firm says.

And the firm intends to better track how those recruits are doing, in an effort to keep more of them from falling out of the program; Merrill has created a new department with 75 new people to manage accountability and coaching, led by Jennifer McPhee, who reports to Hill.

“I think a year from now we expect to be delivering organic growth that is stronger than any of our peers in a way that takes advantage of our scale, whether that has to do with products and capabilities, technological infrastructure, our ability to deliver to the client base or our ability to develop talent for the future,” Hill said.