/sites/all/themes/penton_subtheme_wealthmanagement/images/logos/footer.png
Recent
Recent
Eight Must Reads for the CRE Industry Today (May 19, 2022)
May 18, 2022
Russian Billions Hidden in US Spur Backlash to Financial Secrecy
May 18, 2022
Mariner Wealth Advisors Expands in Michigan With Emerson Wealth Acquisition
May 18, 2022
Macquarie Alum’s GreenPoint Eyes $1 Billion for Real Estate Bets
May 18, 2022
Featured
The 10 Best and 10 Worst States in Which to Retire in 2021
Jul 15, 2021
Poll: 15 Classic Books on Investing and the Markets
Apr 03, 2020
Fifteen Must-Listen Business Podcasts for Advisors
Aug 14, 2020
Celebrity Estates: Jay Leno and Planning for Classic Car Collections
Feb 22, 2022
Ten to Watch
brought to you by 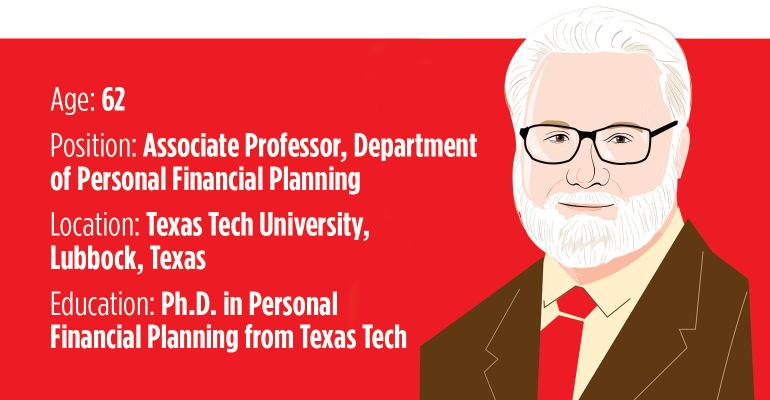 The Dept. of Labor’s fiduciary rule has most advisors considering the implications of being legally required to act in the best interest of their clients. Fewer, however, are asking the important question: Just what does “best interest” actually mean? Different advisors can have wildly different ideas about what is in a client’s best interest. Not all of them can be right. Enter Texas Tech Professor John Gilliam and the Best Interest Initiative.

Gilliam and his team intend to survey consumers, financial industry experts and practicing advisors to gauge each groups experience with and expectations for the key terms “best interest” and “reasonable compensation.” The ultimate goal of the project is to understand each groups’ generalized views of what these terms mean and using the data to build models around the practices.

Gilliam—who has been an active financial advisor, first with Prudential and currently with his own firm, Prosperity Planning, for nearly 37 years—considers the consumers’ opinions to be the key element.

“There’s been a lot of information gathered from industry people, politicians and other lobbyists, but nobody has really asked the consumer” he notes. “This issue is ultimately going to be determined in courts of law, but it would sure be nice if the people involved in these suits had some other unbiased, academic perspective on this issue … and not just what some paid expert witness thinks.”

The research will be overseen by Texas Tech faculty, and a specially selected Ph.D. student will be entrusted with recording the methodologies and data needed to ensure the repeatability of the research. Ideally, Gilliam sees the project as something that will be done every couple of years.

“Think about how much attitudes have changed about any number of social or legal issues over the last few decades. As consumers begin to experience ‘best interest’ their opinions are bound to change.”

Though he stresses the importance of consumer input, Gilliam also seeks participation from other corners of the financial industry, as he thinks the fiduciary question will have an impact far beyond retirement advisors. He does not believe that a double standard at a single firm for compliance depending on the type of advisor or account will be allowed to last.

“How long before companies say that multiple standards are just too much trouble, so we’re just going with the highest possible standard and everyone has to abide by it whether the law mandates it or not?”

Though he hopes that the project’s research will play a role in influencing some of the inevitable court battles ahead, Professor Gilliam stresses that he and his team are going into this without any preconceived notions or favored results.

“As a social scientist, you’ve got to go into it without an opinion. We have no axe to grind. We’re not trying to defeat anything that’s been done. We’ve been seeing that this day was coming for a long time, and the question was just how we would respond.”