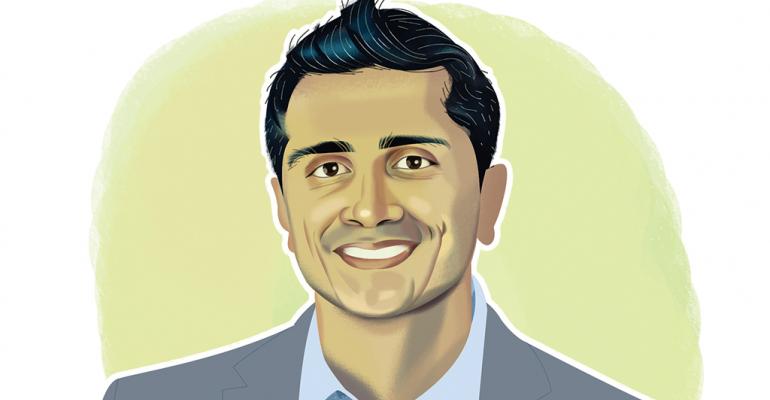 Robin John is a man of faith. Religious faith, certainly. But perhaps more importantly to his investors, he has faith in companies that create value for their owners by—yes, we’ll say it—making the world a better place.

It would be easy enough to dismiss any kind of theological foundation to investments as being at best a well-meaning but flimsy conceit with which to guide asset allocation decisions, and at worst a smug, self-righteous posturing that only serves to separate the faithful from their money.

But that doesn’t describe John’s firm Eventide Asset Management. Certainly there are plenty of references to biblical passages and commentary on topics like “engines of blessings” on their website. But with roughly $2 billion in assets, the firm’s two funds have put disbelievers to shame; by combining a socially responsible investment theme that stresses a corporation’s culture and values, the Eventide Gilead Fund—which invests mostly in technology and healthcare stocks—has returned 29.9 percent annualized over the past three years, crushing the broader market’s return of 18.5 percent over the same time period, as measured by the total return of the S&P 500.

Its second fund, the Eventide Healthcare & Life Sciences Fund, invests in healthcare stocks and has an aggregate return of 49 percent since inception, compared to 31 percent for a blend of S&P healthcare stocks. The performance almost justifies the funds’ relatively high expense ratios of close to 1.5 percent.

It’s an unlikely evolution for John, whose background is largely in human resources and compliance. Prior to the founding of Eventide in 2008, he worked with the Global Securities Services team management at BNY Mellon until 2006, and led human resources management and business continuity teams. From 2006 to 2007, he was a compliance-focused business consultant for Grant Thornton. He founded Eventide as a small firm for family members and like-minded friends grappling with some of the inefficiencies inherent in many socially responsible and faith-based investment funds.

Most of those funds use broad negative screens to weed out the “bad” stocks. Eventide applies a screening process influenced by Fred Reichheld’s book The Ultimate Question to find companies that add value across six stakeholder categories: customers, employees, supply chain, community, environment and society. John believes firms that score well on those metrics—admitting none are perfect—remain sustainable and profitable over time and are good investments.

John also has an advantage in CIO and Portfolio Manager Finny Kuruvilla, whose exceedingly well-polished resume makes even the most ambitious college student seem like a slacker: An M.D. from Harvard Medical School, a Ph.D. in chemistry and chemical biology from Harvard University and a master’s degree in electrical engineering and computer science from MIT.

Kuruvilla’s overlapping experiences in medicine and engineering, and a previous career as a venture capitalist, help Eventide identify small-cap healthcare companies—already rare—whose risk profile is, for instance, tied to FDA approval of experimental therapies. An example is top holding bluebird bio, a stock up 500 percent since going public in 2013 on the promise of its yet-to-be-approved gene therapies for rare diseases.

Being able to adequately assess those risks is the expertise that John considers “a major driver of alpha” based on the idea that “generalists underperform and specialists overperform if put in the right circumstances.”

Emboldened by their success, John reveals Eventide is planning on launching a Multi-Asset Income Fund in the very near future to satisfy investors who want diversity in income and are wary of the risks inherent in chasing yield. Unsurprisingly, while this venture will have a different portfolio manager, the corporate culture and value screens and the use of specialized knowledge will still apply. Why stop believing now?