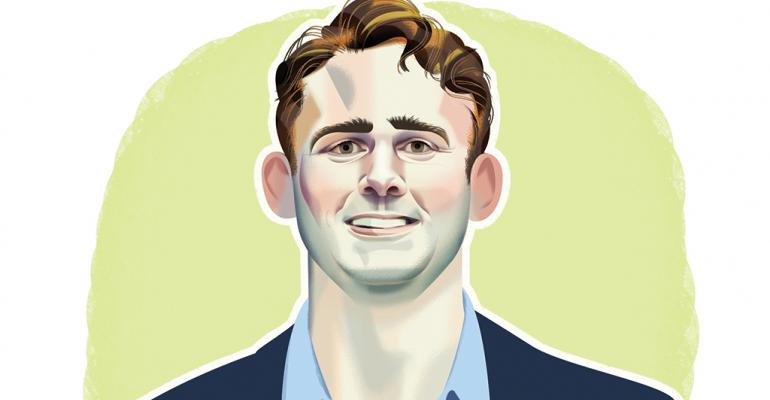 In just over a year in the market, Quovo established itself as a data aggregation player by building some sophisticated, "under-the-hood" engines and partnering with a number of financial technology firms.

Putnam says Quovo’s business model is evolving, and while the aggregation technology is the foundation, it is not what his company will be known for a year from now.

“Even if we could do it better, I don’t think advisors need a new one,” Putnam says. “We need to create a new category, a data-driven practice.”

Putnam says to expect big announcements with enterprise partners this summer, and notes that Quovo wants to provide new products that offer actionable intelligence at both the enterprise and advisor level.

For example, Quovo could show managers data about their best and worst advisors to help them drill down into what, specifically, they do that makes them succeed or fail.

The opportunity exists to better gather data on clients to show advisors the ones that may be good candidates for specific services, helping those advisors optimize
their practices.

In short, Putnam believes that when you start taking sophisticated dives into all the data advisors have at hand, and putting it into meaningful context, you uncover more insights into a practice than advisors currently have at hand, even from outside data providers.

The idea for Quovo came to Putnam during the summer of 2008, when his banking team at Lehman Brothers was moved to a trading floor. He saw firsthand the struggle professional investors had in pulling data from various accounts and platforms, and envisioned a central service where one could access all of it from a single location.

With his partners Nick Karvounis and Michael Del Monte, Putnam set about creating Quovo in 2010 and even wrote some of Quovo’s early code himself.

In 2013, the company decided to focus the product on the wealth management industry, where—compared with medicine or science, Putnam says—there isn’t a huge quantity of quality data. “It’s really hard to get 100,000 investors’ accounts to reconcile with each other.”

By creating a program that can do that, Putnam thinks Quovo can help advisors go from spending four hours of prep work for one meeting to just one hour for four meetings, helping take on more clients and service them better.

But that’s a short-term gain. There are plenty of insights that advisors can’t get from just looking at their own data in different ways and in various contexts. “Even large advisors have a small data set,” Putnam says. “[They] want to learn from others across the country. The data is useless unless you do stuff with it.”