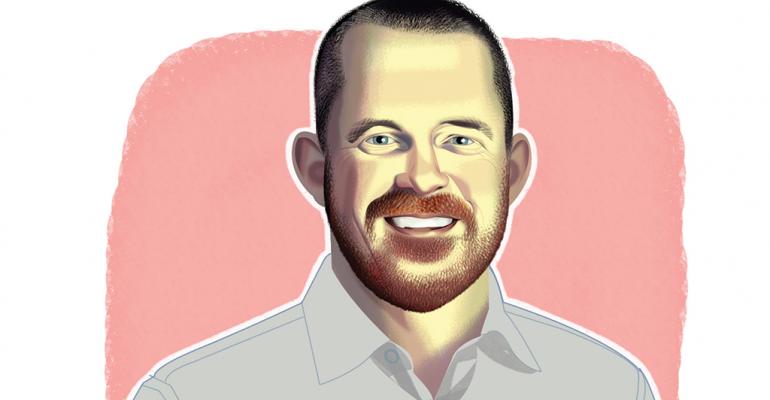 Chris Costello founded the RIA firm The Retire-ment Planning Group in 2004 and helped grow it to  $600 million in assets. But, he says, he couldn’t shake the feeling that the retirement industry was failing those who needed it most.

Costello says good advisors are incentivized to work for high-net-worth investors who, arguably, need the least help planning for retirement. Younger or mass affluent employees, those whose principal investable assets are in their workplace retirement accounts, are usually ignored and left to figure out their 401(k) options on their own.

It’s well documented that most don’t. Most plan participants fail to make any contribution at all; those that do too often default into a plan’s safe but zero-return money management fund, or they arbitrarily choose inappropriate funds with high fees.

“You don’t qualify to get in the door with a wealth advisor, so [financial institutions] put out tools, articles and calculators and tell you to study for yourself,” Costello says. “Not only do [most people] not understand it, they are turned off and intimidated by it.”

There is, of course, a wave of automated investment platforms helping these investors optimize their brokerage accounts outside of their workplace plan, including IRA rollovers. Costello decided the same tools could help with the options inside an employer’s plan.

Along with partners Kevin Conard and Randy AufDerHeide, Costello founded blooom in 2013. For free, blooom will analyze and assess a participant’s 401(k), 403(b) or TSP plan. For $1 a month on accounts with less than $20,000, or $15 a month for larger accounts, blooom will manage those accounts, selecting the best funds available for the participant and rebalancing the portfolio over time.

Blooom went to market in October and expects to cross $100 million in assets soon. It’s easy to see how this would be a help to an individual investor. What was more surprising to Costello was the demand from RIAs, who can now white label the tool and offer it to their clients and prospects for $12 a month.

An online portal shows retirement balances, and alerts advisors when a client stops contributing; most importantly, advisors can track future rollover opportunities. Having a more precise calculation of future assets in the pipeline can help an advisor make a better valuation for the practice’s worth, Costello says. So far, 50 RIA firms have expressed interest in blooom, and 20 have already signed up.

“We’re solving a pain point, finding a pipeline of future assets, increasing value, and providing solutions for next-gen,” he says.

Costello stepped down from RPG in 2014, both to focus on blooom and to remove any conflict of interest with the RIA, and says the two companies are separate entities. “No chance in hell that we would ever cross-pollinate,” Costello says, adding it would be instant death for the RIA partnership.

So far, blooom has been funded entirely by the three co-founders; in June they hired as president Greg Smith, the former Goldman Sachs banker who famously quit the Wall Street firm with a scathing op-ed in The New York Times. (He denounced the Wall Street firm’s ‘toxic’ culture, where clients were referred to as ‘muppets’ meant to be squeezed for profit, then published a book on the same theme.) Smith will help the team raise venture capital and advocate for the fiduciary role of advisors in public policy debates, like the one currently going on in Washington, D.C. over the fiduciary mandate for advisors to retirement accounts.