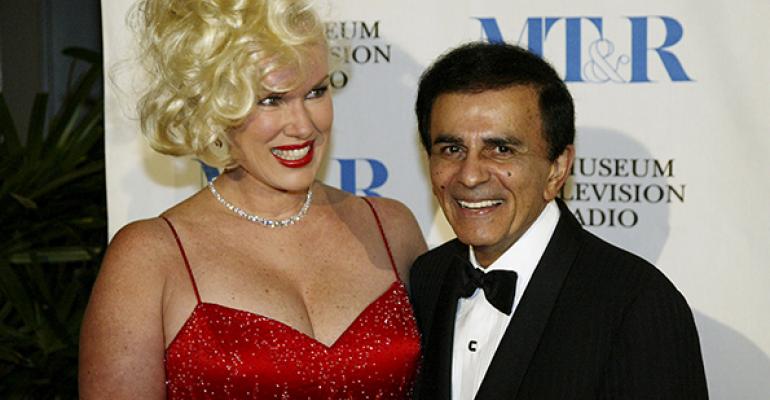 Just when it seemed as if the Casey Kasem story couldn’t get any stranger, it now appears that his body, still unburied 2 months after his death, is on it’s way to Norway. The Norwegian newspaper VG confirmed that Jean Kasem, Casey’s wife and mother of his youngest child, has contacted Norwegian officials claiming Norwegian ancestry and seeking permission to bury Casey in Oslo. Permission was apparently granted. According to his children, Casey wished to be buried in Forest Lawn Memorial Park in Glendale, Calif.

This is yet another bizarre chapter in a story that began with public clashes between Jean and Casey’s three eldest children (from a previous marriage) over visitation rights while the DJ was still alive. The children eventually won a court battle, resulting in daughter Kerri Kasem being made conservator of her father’s medical care. She promptly ordered the removal of his hydration and nutrition apparatuses, as delineated in his existing advance health care directive. For a more exhaustive examination of the details, see Bernard Krooks’ and Lawrence Frolik’s article, “The Sad Death of Casey Kasem.”

After Casey’s death, Jean had his body shipped to a funeral home in Montreal against the children’s wishes. The children then began pursuing an elder abuse complaint against Jean, claiming that her actions, namely moving Casey from his Santa Monica home to facilities in Las Vegas and then Gig Harbor, Wash. without informing the children, caused him to develop an infection, which hastened his demise. The location of Casey’s body is currently unknown.

Though this is a particularly extreme and unusually public example, disagreements over the care of elderly and recently deceased loved ones are all too common. It’s important not only to draft the appropriate documents, such as powers of attorney and advance healthcare directives (which Kasem had) but also to ensure that everyone involved is aware of the documents and on the same page regarding the elder’s wishes. As advisors, we can never completely guarantee that familial conflict won’t arise, but we can work to ensure, through careful drafting and encouraging client communication, that it’s resolved as quickly as possible if it does.