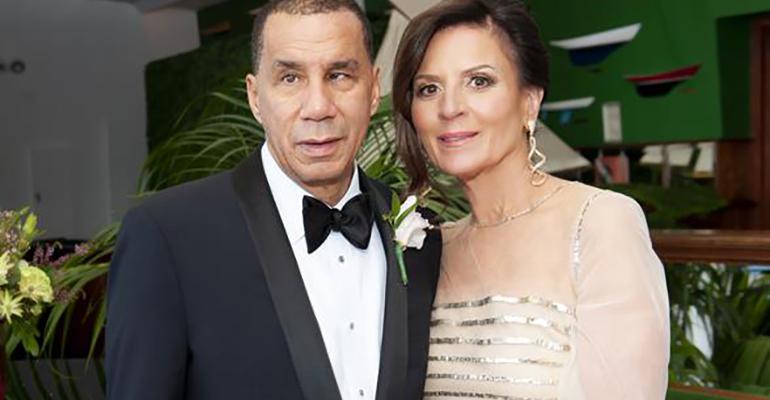 Gov. David Paterson was a name partner at the Moldaver Paterson and Lee Group, where his new wife remains a partner.

Paterson, who served as New York state governor from March 2008 to the end of 2010, met Sliwa when he was a name partner at the wealth advisory firm Moldaver Paterson and Lee Group. Sliwa, who will take the name Mary Alexander Paterson as her married name, is a partner and Vice President/Client Service at the firm, according to the company website.

Guests at the wedding included former House Ways and Means Chairman Charles Rangel, financial advisor Ed Moldaver and the Rev. Al Sharpton. The couple got engaged in May during Paterson's 65th birthday party at the New York Athletic Club.

Paterson recently took a new position as Senior Vice President and Special Advisor to the President at the Las Vegas Sands Corporation.