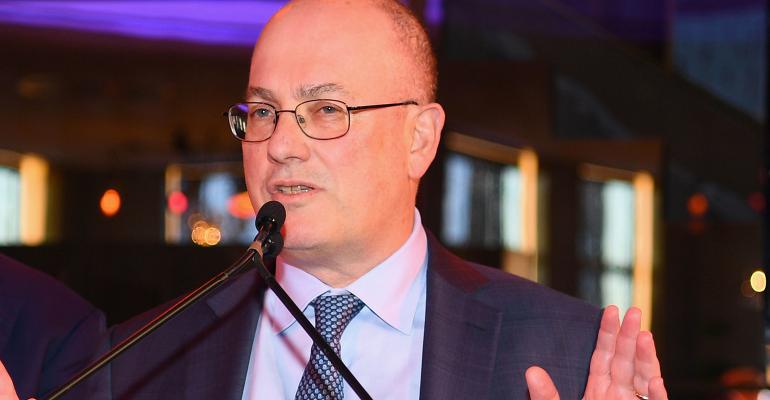 Billionaire hedge fund manager Steve Cohen is in talks to take a majority stake in the New York Mets.

The billionaire, nearing a deal that would give him control of the New York Mets, said in a letter to investors that the move won’t change his role at Point72 Asset Management, where he is chief executive officer.

Baseball is more about fulfilling a childhood dream. Cohen rooted for the Mets while growing up on Long Island and attended games at the Polo Grounds, where the team started out.

“It has always been a dream of mine to be a majority owner of a Major League Baseball franchise,” Cohen said in the note, which was reviewed by Bloomberg News. “That does not change -- and will not change -- what my first passion is and always has been: investing.”

Cohen is the latest in a string of marquee hedge fund managers to set their sights on a sports team. Earlier this year, Gabe Plotkin, a protege of Cohen and founder of Melvin Capital, bought an undisclosed share of the Charlotte Hornets -- alongside hedge fund manager Dan Sundheim.

Last year, legendary trader David Tepper paid $2.3 billion for the Carolina Panthers. Bloomberg News reported at the time that some of his investors were concerned that the demands of his purchase might prove a distraction, as there’s a history of hedge funds declining or closing after their managers make such an investment. Tepper has since decided to hand back most of his clients’ money.

According to a person familiar with the Mets deal, Cohen is negotiating to buy an 80% stake that values the team at a baseball-record $2.6 billion. Current owner Fred Wilpon will remain in control of the team for five years. And his son, Jeff, would stay chief operating officer during that time.

Mets fans have cheered the move, which they hope will make the team more competitive. Even New York Mayor Bill de Blasio, a Boston native who roots for the Red Sox, said he was optimistic about the change in ownership.

“I represent millions of long-suffering Mets fans,” he said at a news conference Thursday. “The people of our city really really want to see the Mets succeed, and it’s been a tough few years. So, you know, let us hope that this is the beginning of positive changes.”

Cohen said his family office, Cohen Private Ventures, will manage his Mets stake, as it has since 2012. The billionaire is currently a minority shareholder in the team. He has a net worth of $9.2 billion, according to the Bloomberg Billionaires Index.

The 63-year-old Cohen started his former firm, SAC Capital Advisors, in 1992 and it averaged returns of about 30% annually. He was barred for two years from trading outside money after his hedge fund pleaded guilty to securities fraud. The ban was lifted in 2018, and he’s since raised $5 billion from clients for his new firm Point72.

Bringing on Cohen may signal a turning point in how the franchise spends. The team’s payroll this season was $160 million, 10th in MLB behind such clubs as the Houston Astros and Los Angeles Angels.

“I look forward to seeing you at Mets games,” Cohen said in the note.

--With assistance from Henry Goldman.