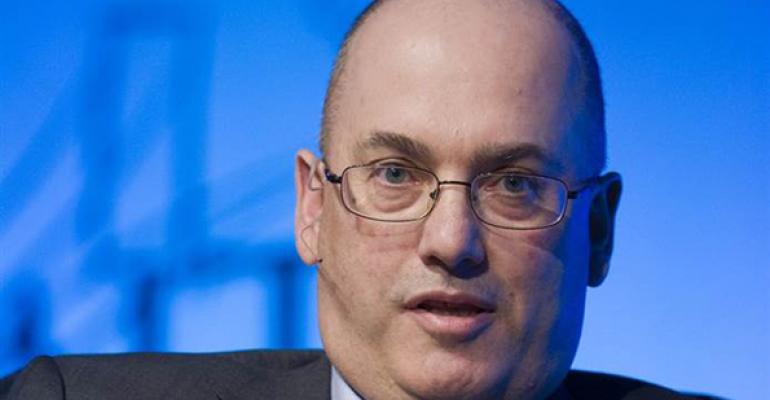 By Matt Robinson and Katherine Burton

Inside what will be his Stamford Harbor Capital sits a command center in the middle of the trading floor. There, a 50-member compliance team is strategically positioned to listen in on traders’ conversations in real time, comb through emails for suspicious language and even veto job candidates.

The room is part of billionaire Cohen’s preparations to open the fund after his two-year ban on managing outside capital ended last week. The new firm, based in the same Stamford, Connecticut-based building as his family office, is slated to manage $3 billion to $4 billion of client money in addition to his own $10 billion-plus fortune. Through the internal oversight, Cohen looks to be trying to ensure that no one ever calls his new venture a " criminal enterprise."

That’s the description that former U.S. Attorney Preet Bharara gave Cohen’s previous hedge fund SAC Capital Advisors. Four years ago, the firm pleaded guilty to securities fraud and paid a record $1.8 billion fine to settle a seven-year federal insider-trading probe. Ever since, Cohen, who wasn’t charged with any wrongdoing, has been working to rebuild his reputation at his Point72 Asset Management, the firm that manages his own fortune.

In 2015 he hired chief legal officer Kevin O’Connor, who once held the third-highest ranking position at the Justice Department. As part of his deal with the government, there’s an outside monitor -- Michael Considine, an attorney at Seward & Kissel, who reports directly to the U.S. Securities and Exchange Commission and will continue to file periodic reports until at least the end of 2019.

The firm’s so-called Intelligence Team includes analysts who have five to 10 years of prior experience working in the U.S. intelligence community or as investigators, according to a job posting on LinkedIn late last year.

Some long-term traders have bristled under the increased scrutiny, which could end up driving more money management talent away from an organization that has already lost a number of senior traders over the last four years.

Spokesmen for Point72 and Stamford Harbor declined to comment.

The government didn’t expect that Cohen would be managing money for clients again. The feds spent years trying to build an insider-trading case against him that never materialized. After SAC pleaded guilty and paid the fine, the SEC initially sought to ban him from life from the securities industry, according to people familiar with their thinking at the time.

Cohen, 61, seems to have cut back on the scale of his plans to relaunch his career. While some people familiar with Stamford Harbor said last year the firm might raise $10 billion of outside capital, it now has a more modest target.

Cohen hasn’t helped the effort by demanding that investors lock up capital for one to three years, while giving himself more flexible terms, Bloomberg has reported. It’s a juxtaposition some potential investors have called onerous, and it’s sparking concern over whether investing in the highly anticipated fund will be worth the liquidity risk.

He also plans on charging as much as a 2.75 percent management fee as well as passing through some expenses to clients, who will also pay as much as 30 percent of profits.

Even if the new firm ends up attracting less capital than once anticipated, its debut is one of the hedge fund industry’s most highly anticipated launches of 2018 and is likely to be among the biggest ever.