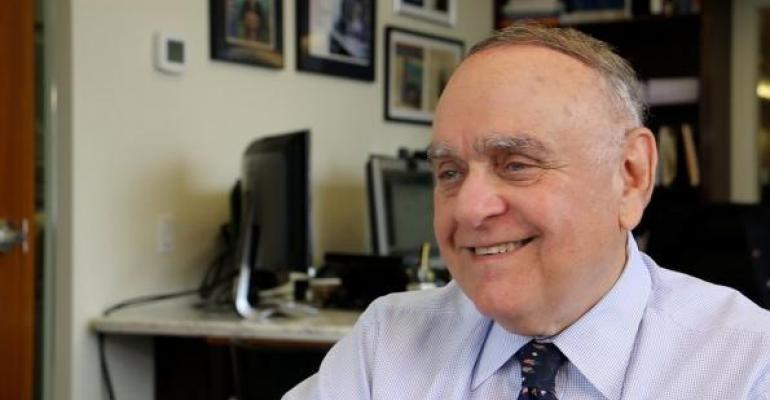 (Bloomberg) -- Wall Street’s top cop demanded that a resolution of its insider-trading case against Leon Cooperman include the billionaire investor accepting a temporary suspension from the hedge fund industry, according to people familiar with the matter.

Before suing Cooperman last month, the U.S. Securities and Exchange Commission pushed the outspoken trader to agree to a settlement that would have required him to pay about $8 million in penalties and prevented him for some period of time from managing money for clients, said the people who asked not to be named because the meetings were private. Cooperman has shown no signs of wanting to negotiate, as he’s repeatedly denied wrongdoing and said his firm met with the SEC before it filed the lawsuit to explain why its allegations were “totally unwarranted.”

Cooperman, 73, has described his fight against the regulator as a battle for his legacy, arguing that any fine is irrelevant because it would be far less than he annually donates to charity. But an industry suspension could have significant consequences, potentially affecting his role at Omega Advisors Inc., the New York hedge fund he’s built over more than two decades through savvy stock picks.

It couldn’t be determined how long Cooperman would have been sidelined had he agreed to the SEC’s proposed suspension, which is one of the stiffest sanctions the agency can levy against individuals. In 2013, Phil Falcone received a five-year prohibition from working in the securities industry and admitted wrongdoing in settling an SEC case that accused him of improperly borrowing money from his fund to pay his personal taxes.

Steven A. Cohen agreed to a two-year bar on managing client money in January to resolve allegations that he failed to supervise a convicted insider trader at SAC Capital Advisors LLC. The SEC had initially sought a lifetime ban against Cohen after suing him in July 2013, according to people familiar with the matter. In settling the regulators’ claims more than two years later, he neither admitted nor denied any misconduct.

Cooperman said in a Tuesday interview with Bloomberg Television that he has no intention of retiring or returning investors’ money. He declined to say whether the SEC’s settlement offer included a demand that he stop managing money for clients.

The SEC sued Cooperman Sept. 21 for allegedly earning about $4 million in illicit gains in 2010 by using his status as one of Atlas Pipeline Partners’ largest shareholders to obtain confidential information from a company executive. The SEC said the Bronx native purchased securities in the energy company before it announced the sale of an asset, which caused the shares to jump 31 percent. The agency is seeking disgorgement of ill-gotten gains plus interest and penalties against Cooperman and Omega Advisors, the SEC said.

In a Tuesday statement, Cooperman said the “damage” the case had inflicted on his firm has “dramatically impacted the opportunity for professional growth for my 43 partners and associates.” He’s also said Omega now manages $4 billion, down from the $5.4 billion that the firm’s website shows it oversaw at the end of August.