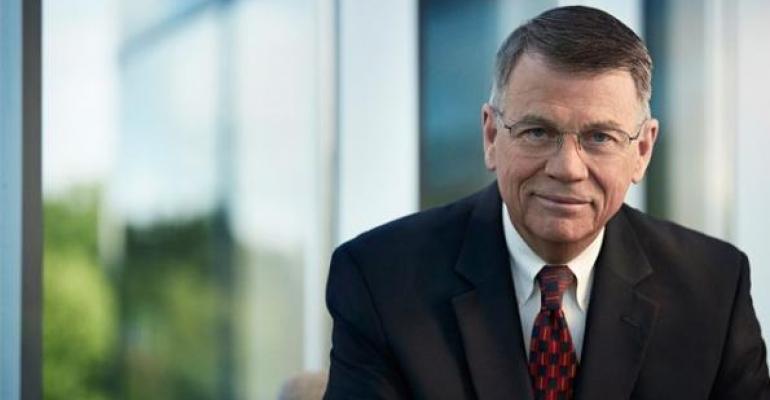 (Bloomberg) -- Selling the family business to competitors has made Rodger O. Riney one of the world’s richest people.

Riney, owner of closely held Scottrade Financial Services Inc., will be ranked on the Bloomberg Billionaires Index with a $4 billion net worth after the company agreed to be purchased by competitors TD Ameritrade Holding Corp. and Toronto-Dominion Bank. Riney founded the firm 36 years ago after federal deregulation allowed brokerages to slash trading fees and introduce cut-rate trades.

“Over the years, the question has come up about taking the firm public or selling. My answer was always ’no,’ because we were happy being independent,” said Riney. “That being said, the environment has become more challenging than ever and we’ve faced some of our own internal pressures. It seemed like the right time to think about a change.”

The deal, expected to close in September 2017, will make Riney, born in 1946, the second-largest individual shareholder of TD Ameritrade, after founder and fellow billionaire J. Joseph Ricketts, according to the company’s 2016 proxy statement. The discount trading industry has also made billionaires out of Charles Schwab and Thomas Peterffy, a Hungarian immigrant who owns most of publicly traded Interactive Brokers Group Inc. Together they control $26.6 billion, according to the Bloomberg index.

“From the very early days until today, I have been surrounded by good people who just want to work hard and help others. It is just incredible,” said Riney in a statement the company e-mailed to Bloomberg.

Riney’s status as a billionaire became clear last month after people familiar with the matter said that Scottrade had hired an adviser to sell the company for about $4 billion. Scottrade’s Leordeanu confirmed Riney owns all of the business through his name and in trusts, holdings corroborated by federal and state regulatory filings. The net worth calculation attributes the entire $4 billion value of Scottrade implied by the deal and will be adjusted for taxes paid when the deal closes in 2017.