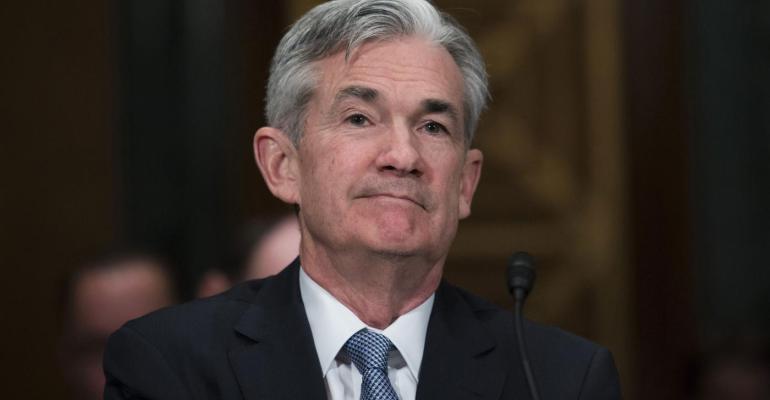 He will continue the Fed's policy of stepping back from unconventional monetary policies.

(Bloomberg View) --President Donald Trump’s choice of Jerome Powell to lead the Federal Reserve is a very wise decision that will be welcomed by markets. It brings a highly respected, well-informed and experienced professional to the helm of the world’s most powerful central bank. And while Fed policy is essentially on automatic pilot for the next few months, Powell's Senate confirmation would need to be followed by a rounding out of the Fed’s leadership, including the nomination of a vice chair after the departure of Stanley Fischer, to ensure that the institution continues to function well at the intersection of economics, finance, policy and market technicals, both domestically and around the world.

If confirmed, which is likely, Powell would bring to the position a sense of continuity and predictability that is beneficial for the successful maintenance of the “beautiful normalization” process that has allowed the Fed to gently and gradually step back from unconventional monetary policies without destabilizing markets or derailing the pickup in U.S. and synchronized global growth. This process is likely to continue with an interest rate hike in December -- an outcome made more likely by the statement from this week’s Open Market Committee meetings -- and the implementation of the phased reduction in the balance sheet outlined earlier by the Fed.

Powell commands respect inside and outside the Fed due to his experience and accomplishments both on the Board of Governors and in the private sector. He is perceived as a good listener with keen judgement. He has been part of a successful policy formulation process and, with the support he has already garnered on Capitol Hill, is in a position to help blunt some of the potentially damaging political attacks on the Fed.

As chair of the FOMC, Powell’s success would also hinge on other appointments to the board, particularly the way those reinforce the Fed's economic, finance and market expertise, as well as global experience and exposure. This mix is likely to prove vital as the central bank navigates three major trade-offs: between monetary and fiscal policies; between financial regulation and deregulation; and between liquidity support for markets and the back-up provided by better fundamentals. It is also key to ensure the Fed can continue as the leader of global monetary policy determination, particularly as other systemically important central banks are starting to face their own policy-transition issues.

These trade-offs will need to be struck not only domestically, but also have to do with a global system that faces “unusual uncertainties” about how Western economies function (particularly with respect to productivity, wage and inflation determination). This incertitude also includes elevated asset prices that have been decoupled from fundamentals, Brexit, other anti-establishment political phenomena that have turned several improbables into realities, and geopolitical threats associated with North Korea’s brazen provocations and various separatist movements around the world.

Look for the financial markets, as well as the global system as a whole, to welcome and embrace Powell’s nomination, and for good reasons. When supplemented by other key appointments, it reduces the risk of monetary-policy discontinuity and offers the prospects of keeping the Fed as an anchor for financial stability and economic recovery amid considerable global uncertainties.