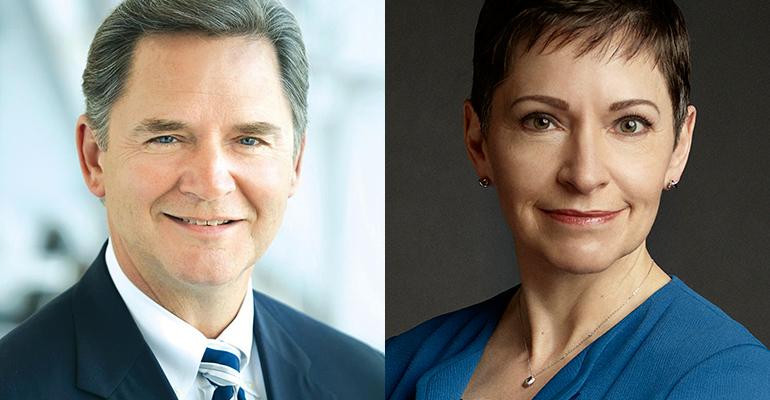 Edward Jones has named Jim Weddle’s replacement. Penny Pennington, who has been with Edward Jones since 2000 and is a principal at the firm, will take over the role of managing director on Jan.1. Weddle served as managing partner since 2006, growing Edward Jones from 9,000 financial advisors to more than 16,000, serving more than 7 million clients with more than $1 trillion in assets. He will officially retire on Dec. 31. “Penny is an excellent choice to serve as our firm’s sixth managing partner,” Weddle said in a statement. “Our Executive Committee is confident that she is immersed in our values, culture and partnership, with broad leadership experience in the field, at our headquarters and within our industry. Having served as a financial advisor, she has first-hand understanding of what our clients value and our mission to grow and serve more individual investors.” Pennington first joined Edward Jones as a financial advisor in Livonia, Mich. She relocated to the firm’s headquarters in 2006, where she held various senior leadership roles, including as a member of the Executive, Management and Audit Committees, a board member of the Edward Jones Trust Company and a senior executive sponsor for the firm’s LGBTA Business Resource Group.

Sallie Krawcheck Giving Away $100,000 for Investment in Women At The United State of Women Summit on Saturday, Sallie Krawcheck, co-founder and CEO of women-focused robo advisor Ellevest, announced a new three-week initiative to change the way women approach money. Krawcheck announced she’ll give away $100 to the first 1,000 women who go to the Ellevest website and sign up for an account. The money will then be put into an Ellevest Impact Portfolio, which invests in companies that advance women. “If we do that—put capital into companies that advance us and put money into the hands of women—there’s no frickin’ stopping us,” Krawcheck said, speaking at the event. Over the next three weeks, Ellevest will also be providing resources, writing articles and gathering advice from women on how to disrupt money. Anthony DiBlasi, a Merrill Lynch managing director in Bellevue, Wash., is relocating to California to become the market executive for Greater Los Angeles. Replacing DiBlasi is Kerri Schroeder, who will be the new president of the Seattle market. In addition to Schroeder’s new role, she will continue to be the West Coast Commercial Credit executive for Global Commercial Banking and Business Banking for Bank of America Merrill Lynch, according to a statement from the company.